I know the Island born of Fire now for ten years. Many things have changed since my first visit. Many things have been improved. Some things became worse. When it comes to Camiguin Transportation, they change all the time. What is permanently lacking, is timely information about schedules.

Just now I got the information from our reader Chris that PAL already has changed the schedule of their flights. Please see below in RED!
And yes, I am angry now!

The Lanzones Festival, Camiguin’s well known week long celebration of the Lanzones harvest will start in two weeks. It will last from Tuesday, October 24 to Monday, October 30. The daily flights will be fully booked. The ferries from Balinoan (Mindanao) and Jagna (Bohol) will be crowded. It seems that the ferry from/to Bohol will not change its Mon,Wed, Fri schedule. At least nothing had been publicly announced.

By begin of December many things will change!

It is incredible but true! From begin of December we will have 2 or 3 flights per day. All these flights can now be booked. Just click on the links below.
Cebu Pacific Air (CEB) has announced that they will restart their second flights on Mon, We and Fri. The new schedules look as this:

Philippine Airlines (PAL) will also fly to Camiguin with their daughter PALexpress. Their schedule did fit in between the two CEB flights.  The new schedule is now almost as early as CEB.

You do not believe? Here is the updated schedule: 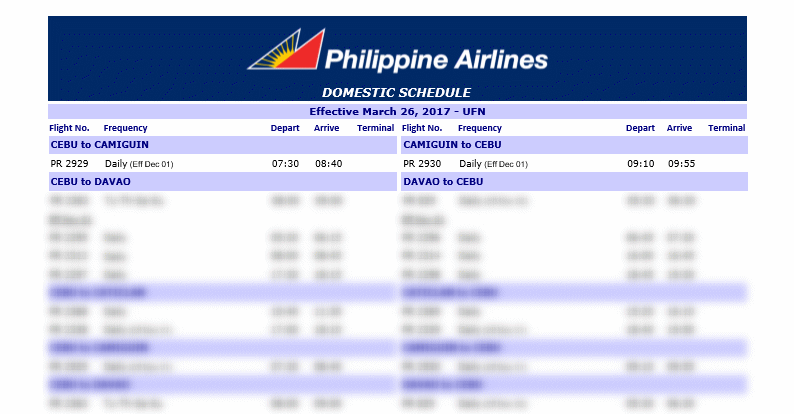 There are differences in fares and in allowed checked luggage.
Yesterday we checked fares from Manila to Camiguin on December 11, 2017. PAL fares start at PHP 3,882 in Budget Economy class and go to PHP 9,145 in Premium Economy class. CEB fares go from PHP 3,105 (fly only) to PHP 3,889 (fly, baggage and meal).
IMPORTANT: Maximum allowed luggage is 20kg with CEB and only 10kg with PAL.

Rumors went all over the island that the PAL flights would be direct flights from Manila to Camiguin. This is not true. With both airlines you have to change the plane in Cebu-Mactan.

Camiguin Transportation by ferries isn’t that exciting. But there is a rumor getting denser every day. Soon we should have again a direct ferry connection with Cagayan de Oro. Combining all whispers and rumors, it could be a FastCat ferry. But the route Cagayan to Camiguin only does not match these vessels capabilities. They can carry 7 buses or trucks and up to 34 cars. Passenger capacity is 275 heads in 3 classes.
But with a route from Cagayan de Oro to Camiguin to Cebu such a real RoRo ferry would mix up the shipping market in the southern Bohol sea. With their average speed of about 25 km/h they cannot do the Cebu extension under 8 hours.

Here are the current routes of the cool FastCat Roro ferries: 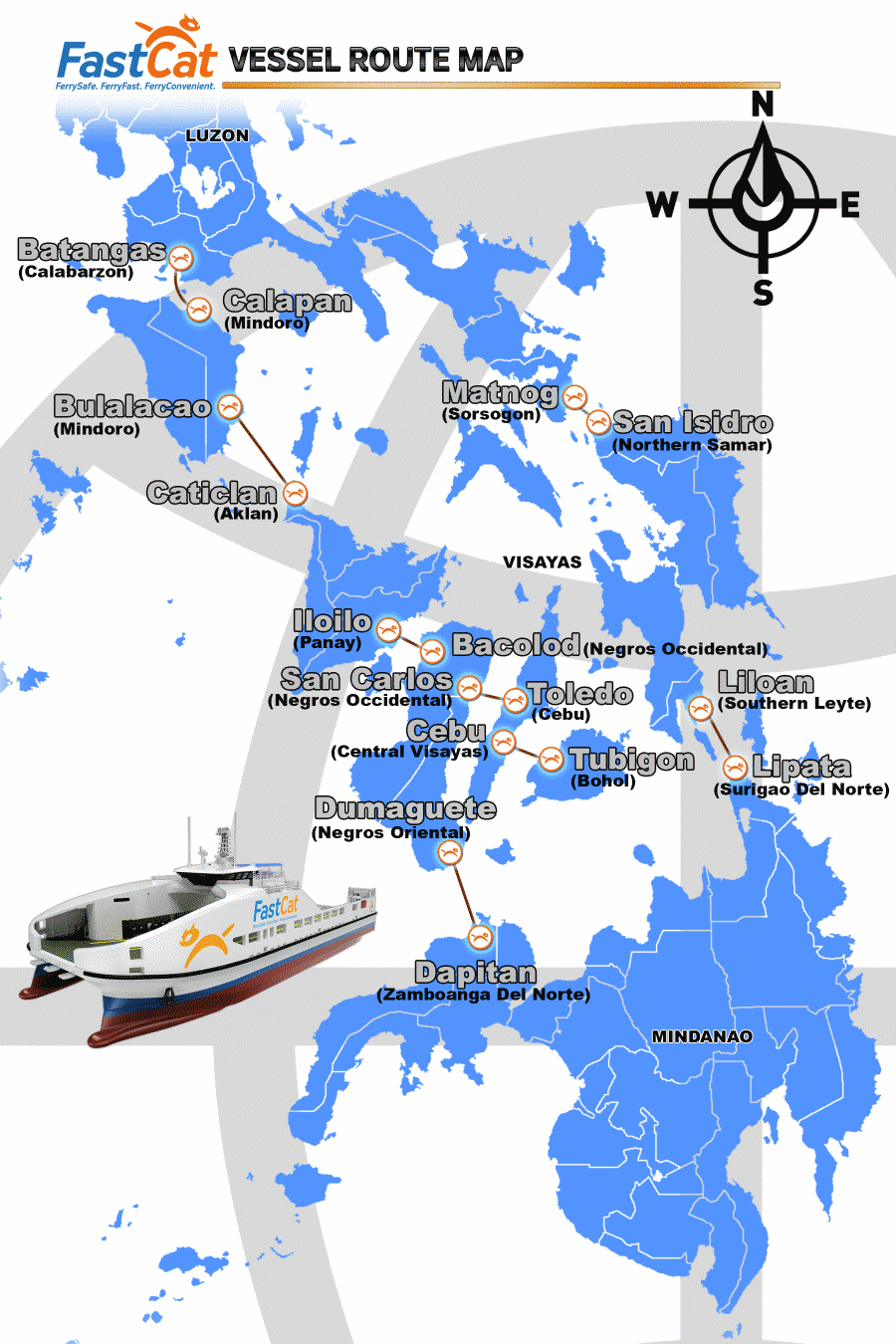