A Philippines Tourist Visa is mandatory for citizens of some countries. Nationals of other countries can avail of the free visa waiver and a first extension (fees apply).

This map shows the type of visa needed or visa waiver granted by the Philippines.

Before this initial visa or visa-waiver expires, tourists and other aliens need to extend their visa for 1, 2 or even 6 months. The Bureau of Immigration (BI) recommends to “file for your visa extension application seven (7) days before your Temporary Visitors’ visa expires”. (sic)

An extension of this Philippines Tourist Visa can be obtained at any office of the Bureau of Immigration. More information about the whole visa extension procedure can be found here.

Until autumn 2016, obtaining a visa extension could have been an annoying process. Many long-stay tourists and expatriates recommended to go to a small field office instead a regional office ore even the head office in Intramuros (Manila).

Several readers of our website and friends reported that the “lean office initiative” of the new government has now reached the BI.

You do not need anymore a bunch of photocopies and several passport photos. The BI writes:
“For visa extension requirements, kindly bring your passport and submit a filled out visa extension form (TVS-C-VE-2016) at any BI offices”.

That’s really a big progress. The above link allows you to download the needed form. You then can print it and fill it in before going to the BI. Have also a look at the ACR-I application form because this is a very large form and needs some understanding. All available forms can be found here.

Form fun – not only in the Philippines 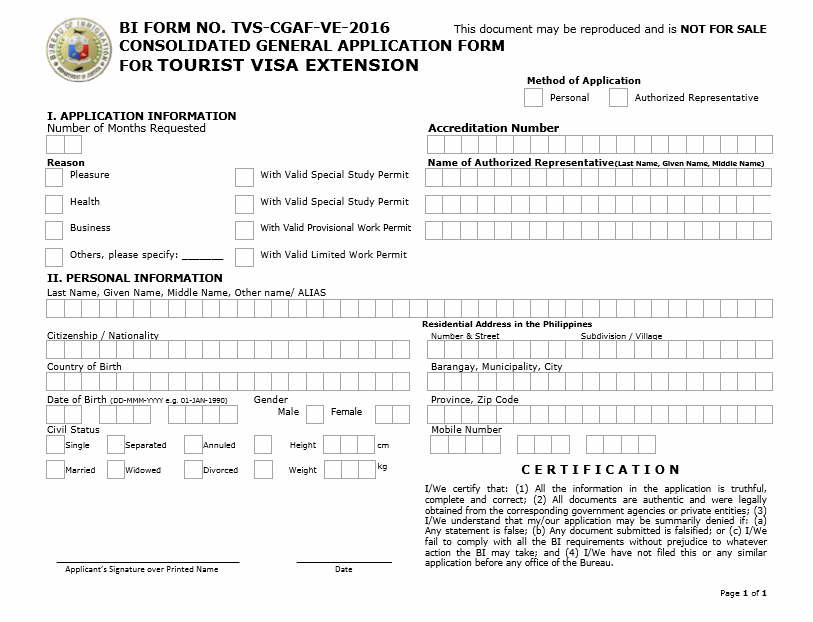 It seems that any person developing forms anywhere in the world never had to fill in a form. Let’s have a look at this BI form. 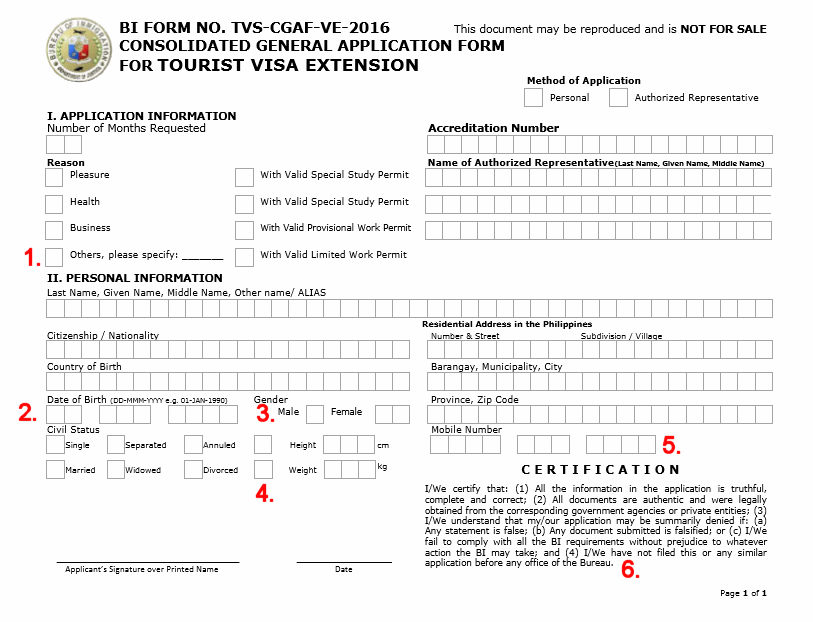 Philippines Tourist Visa and others

The new procedure and the new form are nice samples of the government’s efforts to make tourist’s life easier. Several friends also reported that BI staff has become much friendlier.  We also made this experience with other government agencies. We really hope that this progress will go on and make life of tourists and citizens easier. 🙂  🙂 🙂  🙂 🙂