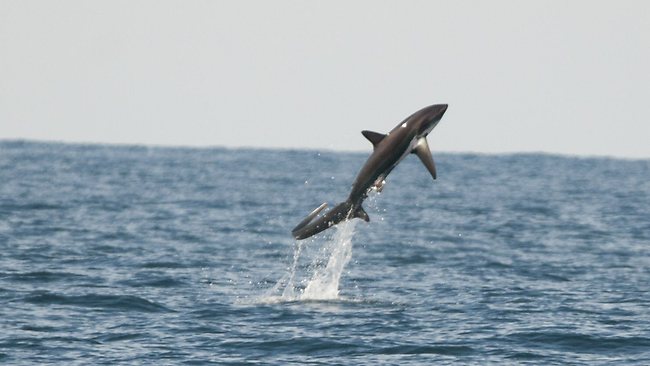 Last Saturday a jumping Thresher-shark was sighted in Agoho and Naasag. Thresher-sharks grow to more than 5m and, and are fish and squid eater. They are not considered to be dangerous to humans.

Thanks to the Camiguin Action Geckos and the Camiguin Volcan Beach Eco Retreat & Dive Resort for their sighting reports.