Shellfish Bulletin: WARNING from the Bureau of Fisheries and Aquatic Resources (BFAR) by January 15, 2020. 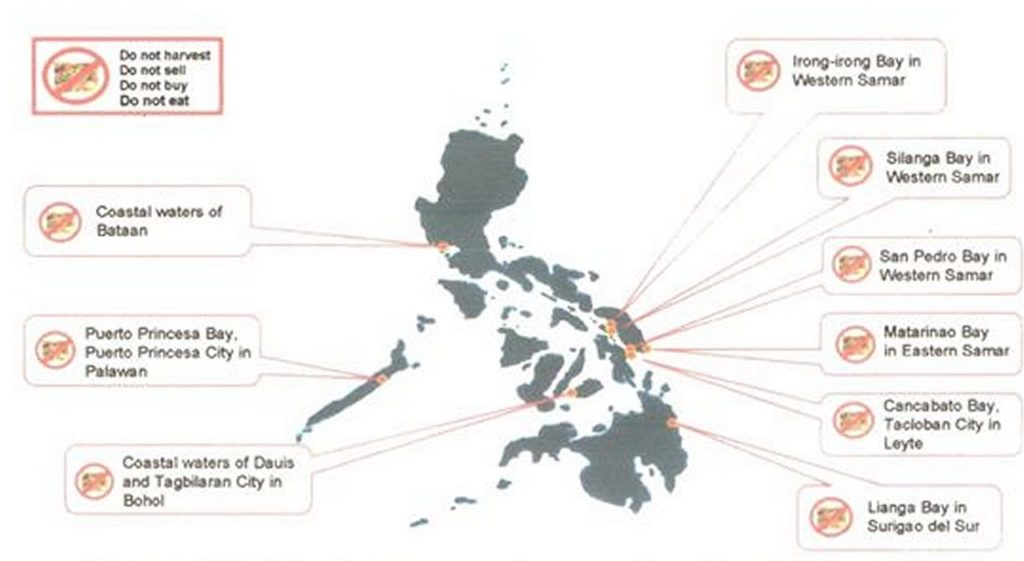 All types of shellfish and Acetes sp. or alamang gathered from the shown above are NOT SAFE for human consumption. Fish, squids, shrimps and crabs are safe for human consumption provided that they are fresh and washed thoroughly. All internal organs such as gills and intestines MUST be removed before cooking.

Sorry for the bad readability

We consider this message to be URGENT. Therefore we did not modify the text. This text is of poor readability because it contains no structure. Please bear with us.