The 2016 Typhoon Season starts with a Super Typhoon. Typhoon NEPARTAK / Butchoy has rapidly gained strength and is now a Super Typhoon Cat. 4. Tue United Nations have issued a Red Typhoon Alert for Taiwan and southern China.

Last night Typhoon NEPARTAK has entered the Philippines Area of Responisibility (PAR). As usual it got a local name. It is called Butchoy in the Philippines. 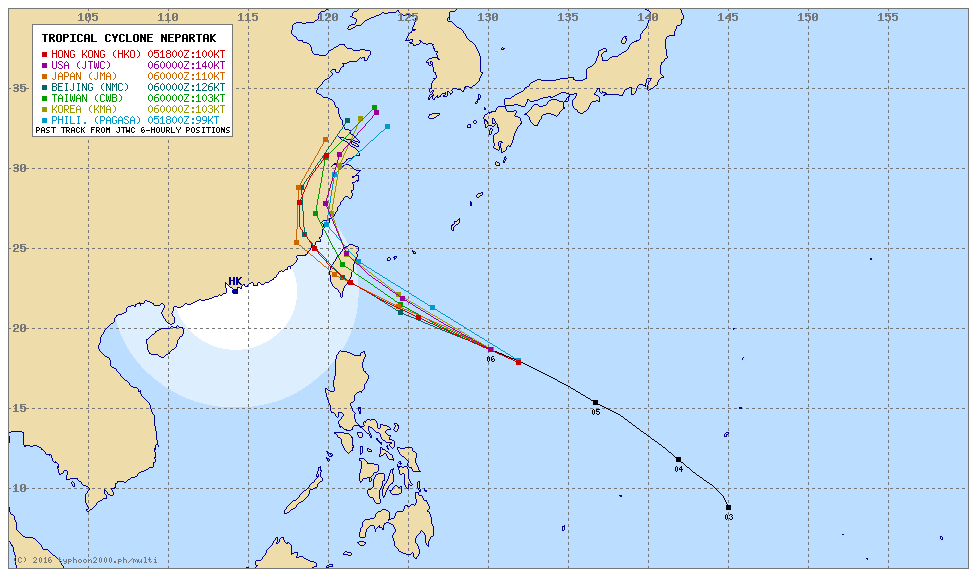 Taiwan will encounter a black Friday. The storm is running towards Taiwan with a speed of 35 km/h (18 kts).