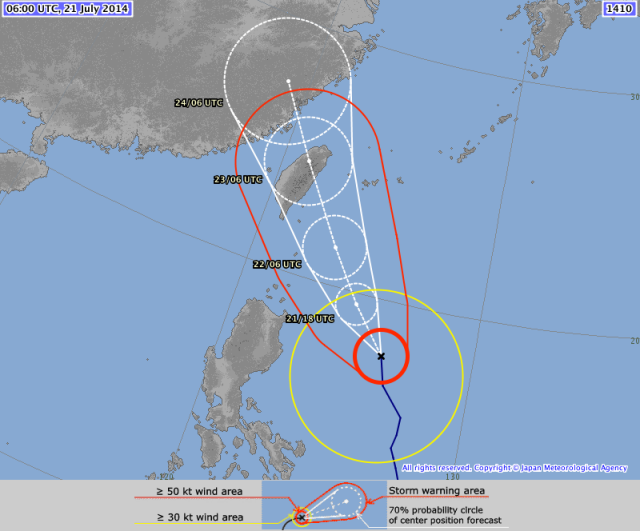 Typhoon MATMO/Henry seems to pass by. But even if it is not hitting the Philippine islands it is amplifying the south-west monsoon called Habagat. These winds can get rather strong.

Yesterday afternoon Habagat got extremely strong in the southern islands without being inside the typhoon’s circular winds. Here in Camiguin we had very strong winds and torrential rainfalls. And worse! In Agoho a local twister howled over the hills and the coast during ten minutes. It tore out nails from roofs and bent the coconut trees by 30 degrees and more. Fortunately no serious damages occurred.

There is no high pressure area over mainland China that could push Typhoon MATMO/Henry more west. The very warm waters in the Philippine sea may amplify the storm on its way to Taiwan. Unfortunately the next LPA is already forming in the vicinity of Guam. 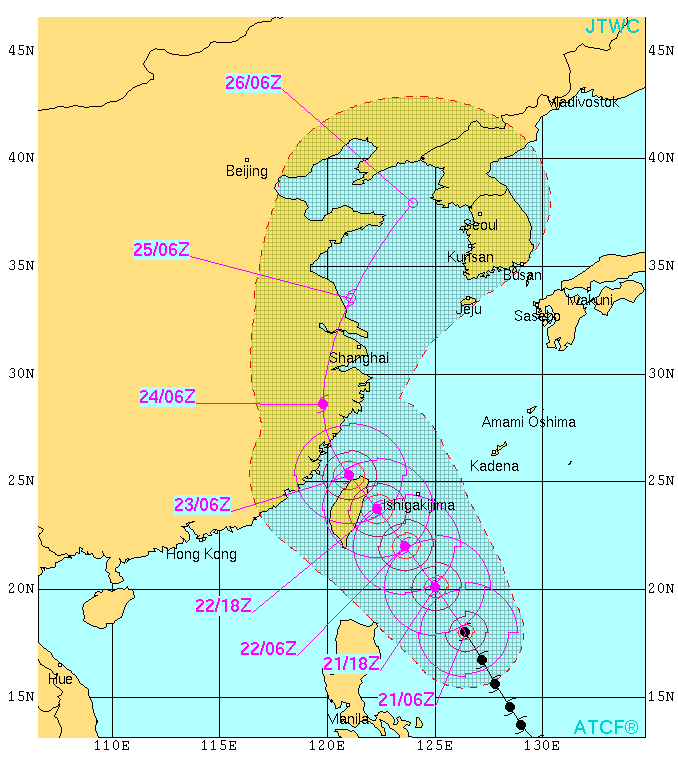 Probably north-east Taiwan will be victim of Typhoon MATMO/Henry. As a category 1 typhoon it will bring heavy rains that might cause landslides.