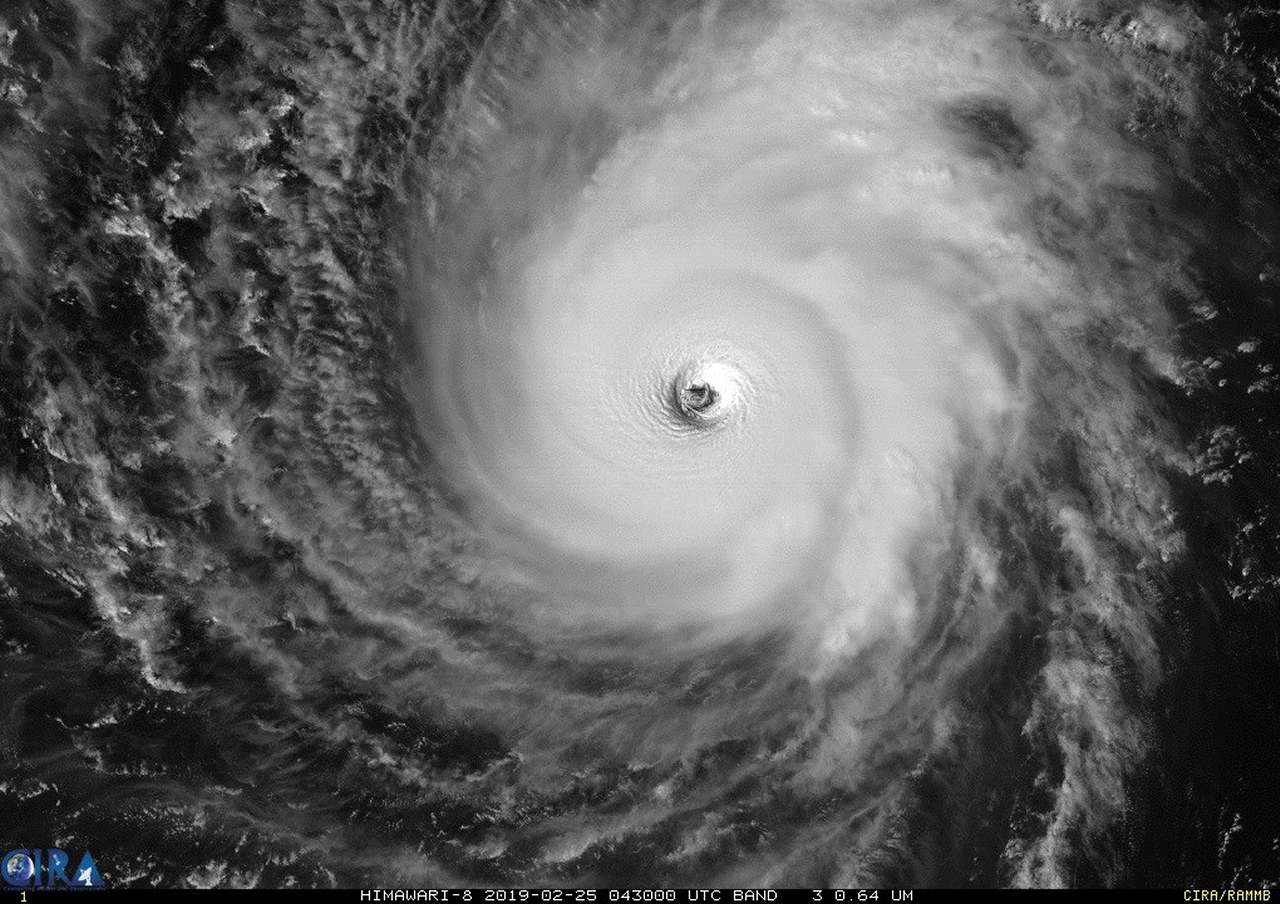 Sorry to disturb you after the long holiday weekend. But Typhoon WUTIP is exceptional. The waters here in the south are very fresh and divers wear 5mm Neopren suits. And now Typhoon WUTIP became a Super-Typhoon of category 5 ( the highest intensity).

Typhoon WUTIP seemed to turn north before reaching the Philippines. It seemed even that it would dissolve before reaching Okinawa. But now it turns northwest at an unexpected strength.

The JTWC predicts a track into the Batanes islands (violet). Japan’s JPM is more pessimistic for Japan and forecasts a track towards to Okinawa (orange).
Both agencies have upgraded WUTIP to a super-typhoon of category 5.
And PAGASA? Hmm, it’s till outside of PAR …

It doesn’t happen often that a typhoon develops as early in the year in the north-western Pacific. Also El Niño behaves strangely. The warm water stream out of central America cooled down. But it’s very dry in the south of the Philippines.
So water temperatures here are below average. It is dry and a Super Typhoon is off our east-coasts. Sorry ??? I do not understand.

My very own warning

I do not recommend to go to the northern tip of the Philippines, the Batanes Islands.
I do not say, that WUTIP will hit these wonderful islands, but the risk is high. And if you are tourist, you might get there now, but coming back might be difficult or even impossible during 3 to 5 days.

Batanes Islands – Scotland at its best

We still keep an eye on this crazy storm. Check in again tomorrow.