US Embassy in Manila is closed or not ? 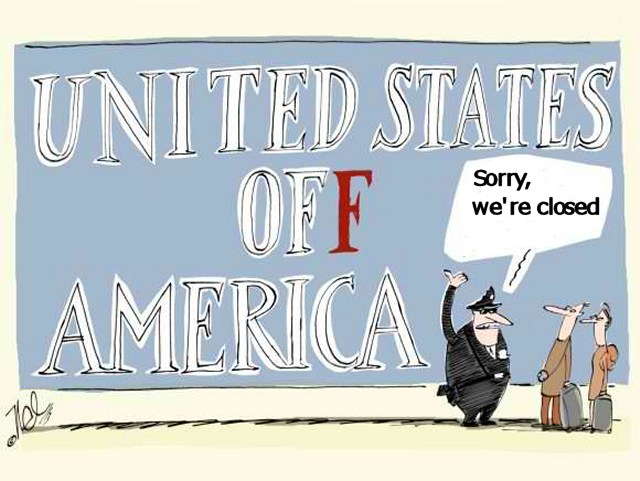 Funny press in the Philippines!

GMA News Online writes: US Embassy closes amid shut down of federal govt

The visa and consular offices of the US Embassy in Manila cancelled operations on Wednesday, October 2, after the federal government partially shut down when the House of Representatives and Senate failed to pass a budget in Washington on October 1. The shut down, the first in 17 years, was due to a standoff between President Barack Obama and congressional Republicans over healthcare reforms.

The United States Embassy in Manila will continue to operate despite the shutdown of government agencies in the US over a budget standoff between its Executive and Congress.

“The Department [of State] will continue visa issuance overseas.  We will also continue our passport operations,” Kurt Hoyer, First Secretary and Press Attache of the US Embassy, said in a text message Wednesday.

“Activities carried out by the Bureau of Consular Affairs, both domestically and abroad, are fee-funded and will continue operations,” he said.

We recommend to call the US Embassy before going there!