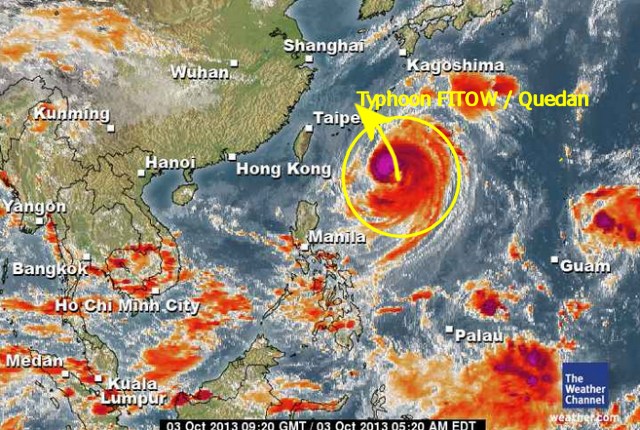 Severe Tropical Storm FITOW / Quedan is to be upgraded to Typhoon Cat.1 within an hour. The storm is now north of the Philippines. It is heading still north but should turn north-west tonight.

GDACS (Global Disaster Alert and Coordination System) the joint research cnter of the UN and EU has issued an orange alert for southern China.

In the Philippines this storm still enhances the south-west monsoon (Habagat). Skies in the south are mostly sunny, with local thunderstorms, but winds are sometimes strong and sea is rather rough.

On the right side of above satellite image you can already see the next ugly guy organizing north-east of Guam. This LPA 97W will become a cyclone is very probable. Fortunately for the Philippines it is already in the north. 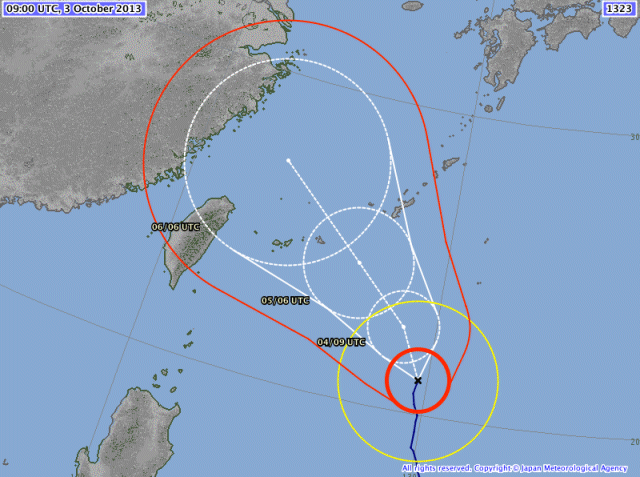 JMA’s forecast says that Typhoon FITOW / Quedan will turn to north-northwest and the full northwest heading for the Chinese coast.

We keep an eye on Severe Typhoon FITOW / Quedan and the developing LPA 97W. For more and near real-time information see here: