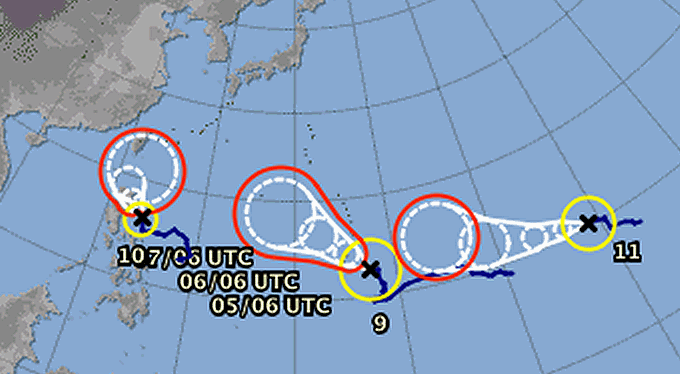 3 less or more strong storms are currently whirling over the North-West Pacific. Nearest one is Tropical Storm LINFA/Egay, moving late tomorrow or early Monday morning over most northern Luzon and the Batanes Group of Islands. 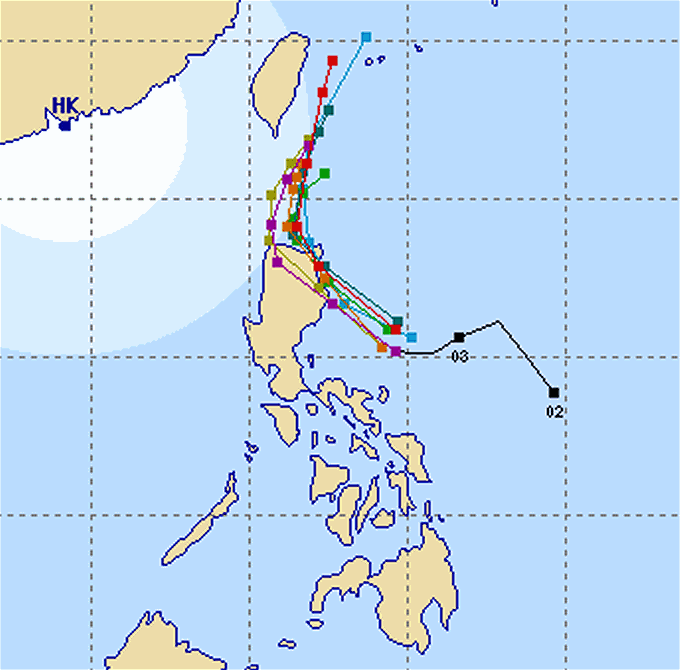 Tropical Storm LINFA/Egay is hovering around over the Western-Central Philippine Sea and is moving northwest at 11 km/h. IMA predicts an increased strength, so the storm may become a Severe Tropical Storm before reaching the Philippines coast.

More to the east Tropical Storm CHAN-HOM is strengtening in should become a typhoon cat.1 tonight. This cyclone should not become a threat for the Philipines. Currently it is still unstable, but once it will be organized it will quickly move on a north-western track and move towards Okinawa. 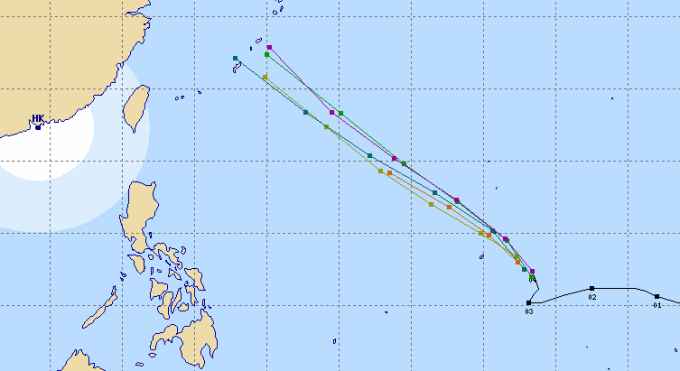 The 3rd cyclone is still far away. Tropical Storm NANGKA is around 170° East and 10° North. Its current position does not fit in the standard map. It also has the potential to become a typhoon but it isn’t to expect that it will reach the Philippines.

We observe the development of these three low pressure systems and will inform you about any critical change. Meanwhile you want to have a look yourself on our permanent satellite movies.