Typhoon RAMMASUN/Glenda out in the sea

The forecast of JMA (Japan Meteorological Agency) is as good as it always is. 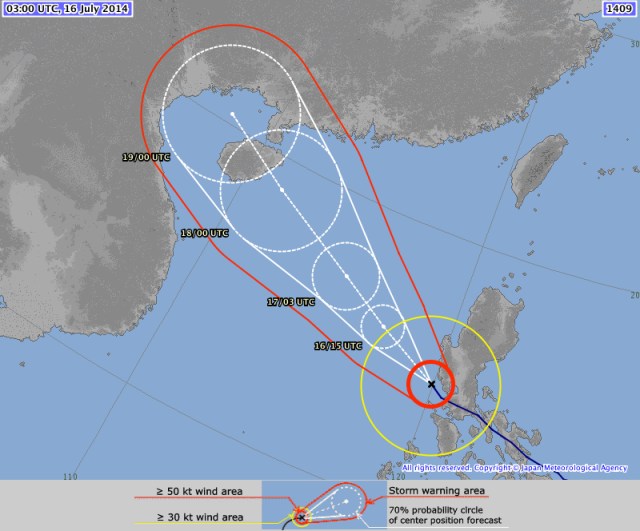 Non of the Philippine weather agencies offers up to date weather reports. PAGASA’s last report is from 11:00 a.m. Typhoon2000 (Michel Padua) announced  already last night that he fears to be off-line today. And Weather Philippines seem also to suffer from the power cuts around Manila, Laguna and Bicol. 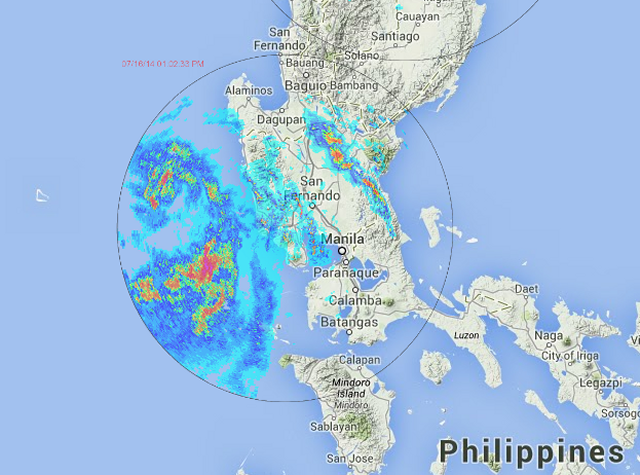 The best local source for weather information is now the DOST Project Noah. The 6 Doppler radar stations give an excellent real-time overview of  current rainfall. The layer technology is outstanding. One can choose any layer and put it over the map. My sincere congratulations go to Icannhas.