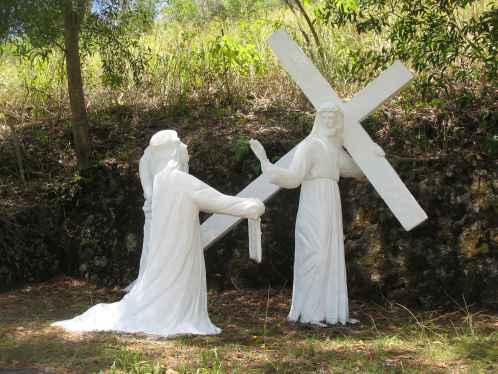 Again, thousands of devotees have come to Camiguin for the Camiguin – Panaad 2014. The first have already started the 64 kilometers journey around the island. Many others are waiting for the cool shadows of the night.

Every year several thousand Catholic pilgrims mainly from Mindanao and the southern Visayas come to Camiguin during the Holy Week. The climax of the religious festivities are the processions around the island and the  climb of Mount Vulcan, one of the seven volcanic edifices on the island. The walkway on Mount Vulcan Daan is where people pray and recite the Stations of the Cross along the lifesize statue’s depiction of the Passion of Christ. 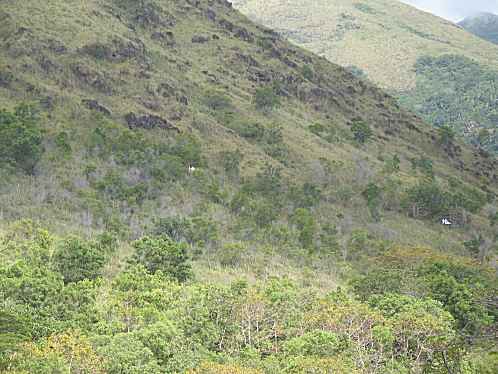 Unfortunately last year an artist had the idea to paint this statues. Now they look much more “Disney World” like.

According to most of the islanders and devoted Catholics who had walked the island several times over the last few years, the experience has become less religious and more recreational. Most of the young hikers are just doing the walk for fun and to claim bragging rights that they had conquered the trail. Depending on the walking speed and the need for rest, one is on the road between 10 and 16 hours.

Water stations and small makeshift stores prepared by residents keep their doors open for 24 hours to provide nourishment and to serve as pit stop to hikers. All the shops and market booths on the island try to make their best deals during this week.

This is why the DTI (Department of Trade and Industry) conducted Operation Timbangan last week in 91 stalls at the Mambajao Public Market and vicinity stores. The teams monitored the vegetable section, the fish and meat sections and the grocery stores. They inspected weighing scales, monitored prices of goods, and inspected price tags.

Some shop keepers were caught with not working or manipulated weighing scales  and others selling products higher than the suggested retail price (SRP). 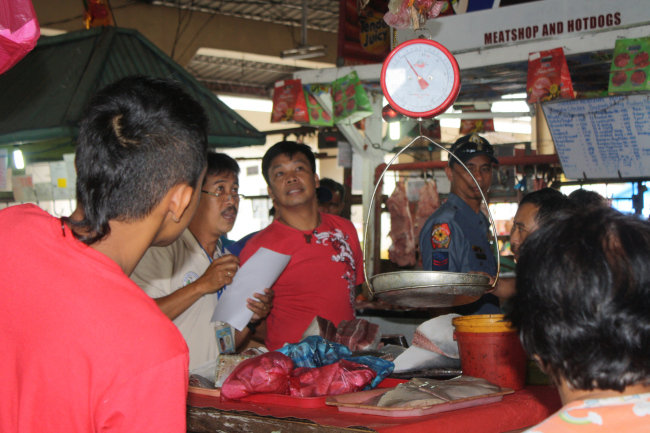 And by the way, the fares of motorelas, multicabs and jeepneys are now 5 to 10 times up, in relation to the length of your nose …