Philippines Customs – nothing to declare 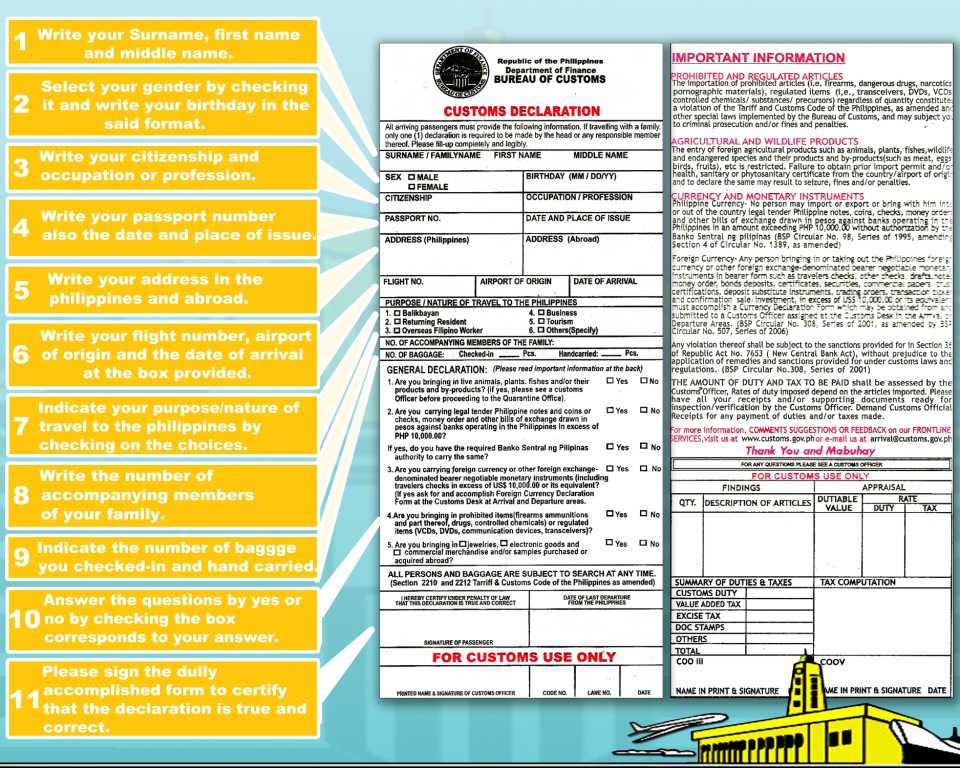 Until now, all travelers had to fill in this customs form. See also our Manila Airport Arrival Guide

Since yesterday, April 16, 2014, passengers entering the Philippines now have the option not to fill in the customs declaration form, provided they have nothing to declare.

The green lane is for those with “nothing to declare”, meaning they do not have items in their baggage that are subject to duties and taxes, can be brought in duty free and are not subject to any import prohibition, regulation or restriction.

On the other hand, the red lane is for passengers who bring in goods that are subject to import duties or taxes, are above the exempted Customs limits, or are prohibited, controlled or regulated by several statues.

Customs Commissioner John P. Sevilla said: “Streamlined processes at international airports are part of the reforms we are undertaking at the Bureau. The dual-channel will help simplify our security and risk management protocols, shorten clearance procedures and reduce the long lines and waiting time for customs clearance”.