DANGER ! Made in China

DANGER! When “Made in China” meets “Philippines Electricity” then life can become really dangerous. Last night we made such a burning experience. I thank Butch for saving our lives and our house.

Everybody knows and uses these cheap, rechargeable LED flashlights. Especially in a country where brown-outs are an almost daily problem and batteries are rather expensive, these flashlights are the nearly perfect solution to get a bit light in the dark. 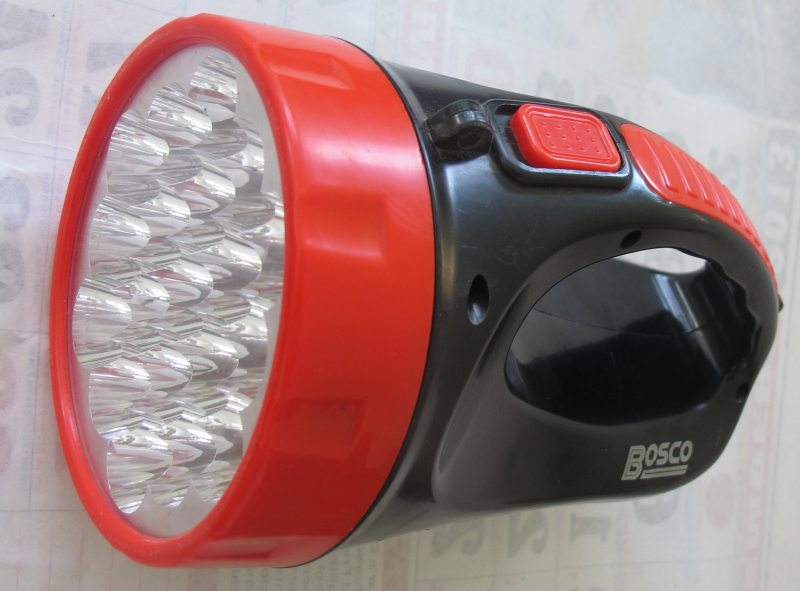 These LED flashlights are produced at the lowest possible costs with the least expensive components. They usually run as long as the battery can be charged. Then they have to be replaced because spare parts are not available.

The Philippines Electricity Grid permanently encounters shortages. Today Mindanao ran with a lack of 72 Megawatt! When such overloads happen, parts of the grid are either cut off or collapse. This happened last night in Camiguin. No power isn’t a problem for most of us. We are used to it.

The danger comes with the power-up! When the electrical guys reconnect to the grid, there come extreme voltage surges. We had already measured 313 Volts over 15 minutes! You may want to read here. Last night had been worse. The CAMELCO guys tried to power-up the grid 8 times. Each time power had been up for maybe 1 second, only to fail again.

When power had been steadily established again, Butch heard an explosive noise from our kitchen. She found our LED lamp smoking on the sideboard. She had the good reaction to unplug the device immediately. So it did only melt and carbonize inside but did burn with an open flame. 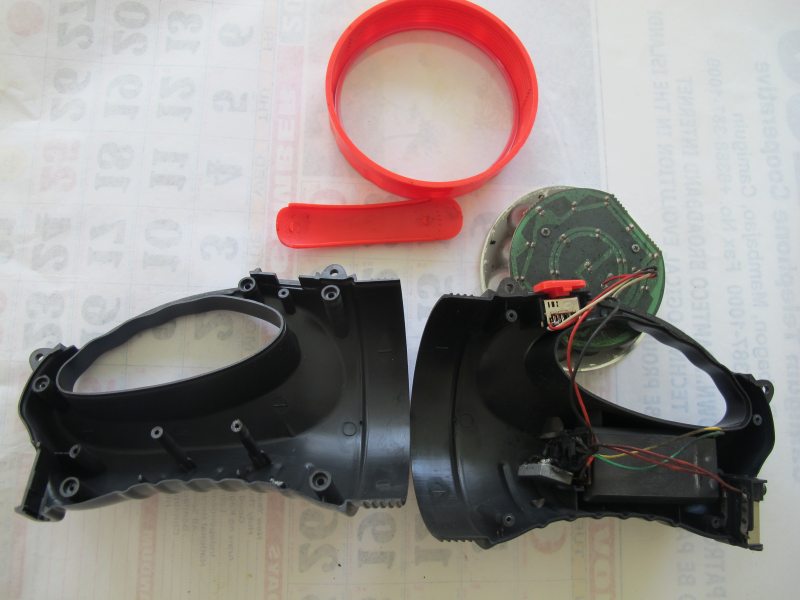 This morning I opened the smelly LED flashlight. The whole charging electronics had burned. The inside of the lamp was covered with ashes and soot. A few minutes more and the whole plastic lamp body would have burned in our kitchen. And then? No, we do not speculate. I sincerely thank Butch for having saved our lives and our house. 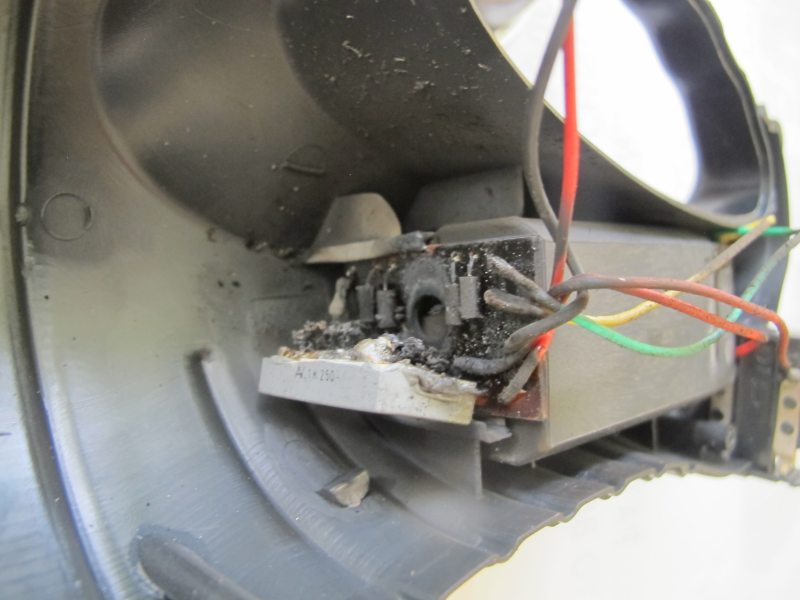 How can this happen? To save a few cents of production cost, most cheap appliances made in China have no surge protection. A simple and cheap fuse would do this job. But the manufacturers prefer to strip the production costs down and make their lamps and other appliances potentially dangerous. And no, I do not start bashing China. They sell excellent products. But unfortunately there are still too many black sheep.

And on the other hand, the Philippines should not allow importation of such dangerous products. They simply could require that any rechargeable electrical device should meet the IEC 60127-1 standard.

Use a surge protection, for example a voltage regulator or a power-on delay device. Another possibility are the “power bars” with inbuilt surge protection or fuse. We also recommend not to charge such devices unattended.