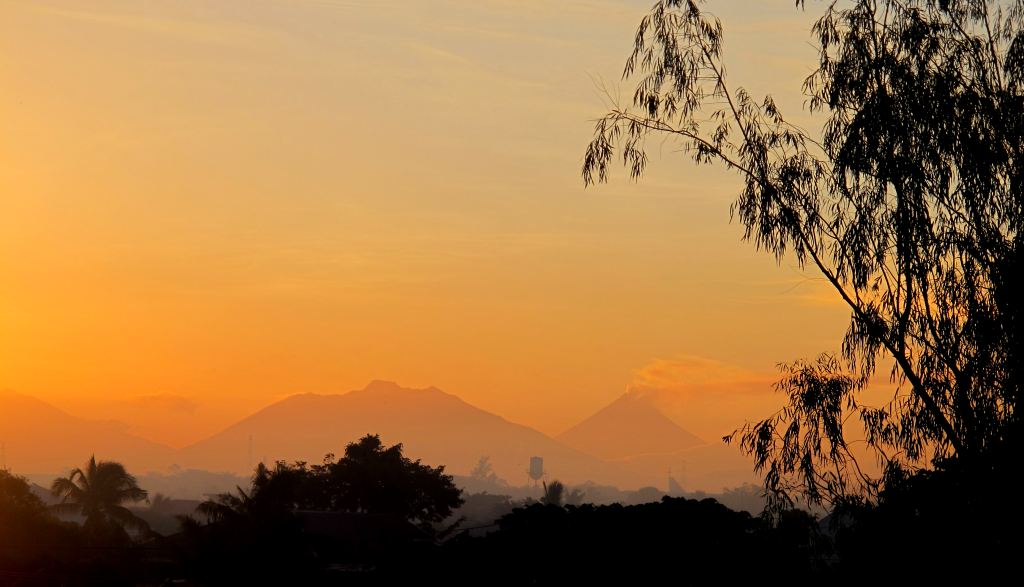 Mayon Volcano is highly active. This morning’s report from PHIVOLCS indicates a steady increase of activity. Mayon Volcano’s alert status is on Level 3.

Mayon Volcano’s seismic network recorded one hundred forty-two (142) volcanic earthquakes and two hundred fifty-one (251) rockfall events during the past 24-hour observation period. Moderate emission of white steam plumes that drifted south southwest was observed. Rain clouds covered the summit preventing visual observation.
Sulfur dioxide (SO2) flux was measured at an average of 757 tonnes/day on 17 September 2014 although SO2 emission rates peaked at 2,360 tonnes/day on 6 September 2014.
Ground deformation data showed inflationary changes in the edifice from February 2014 based on precise leveling surveys on the 3rd week of August 2014, and edifice inflation from January 2012 baselines based on continuous tilt measurement.

All the above data indicate that the volcano is exhibiting relatively high unrest due to the movement of potentially eruptible magma.
(Source: PHIVOLCS)

Do not approach Mount Mayon. Due to bad weather with rainfall there is nothing to see. The rainfall makes the volcano even more dangerous and can result in lahars. A lahar is a type of mudflow or debris flow composed of a slurry of pyroclastic material, rocky debris, and water. The material flows down from a volcano, typically along a river valley. These lahars may obstruct any escape route.

Tropical Storm  FUNG-WONG/Mario is approaching and may bring rainfalls of 50 to 250 mm.