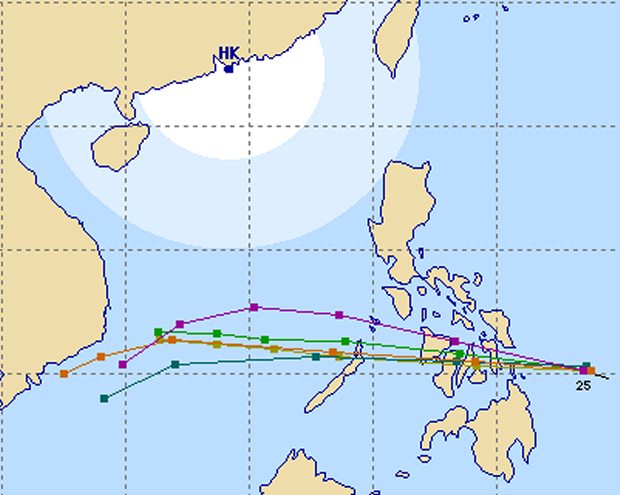 The Tropical Depression moving towards the Visayas got now a name. The international name is WUKONG, the Pinoy name is Quinta.

Forecast models show that the depression will become a Tropical Storm within the next 6 hours. PAGASA has raised Storm Signal 2 over the south-eastern Visayas and north-eastern Mindanao. Signal 1 is active over northern Mindanao and the central Visayas. 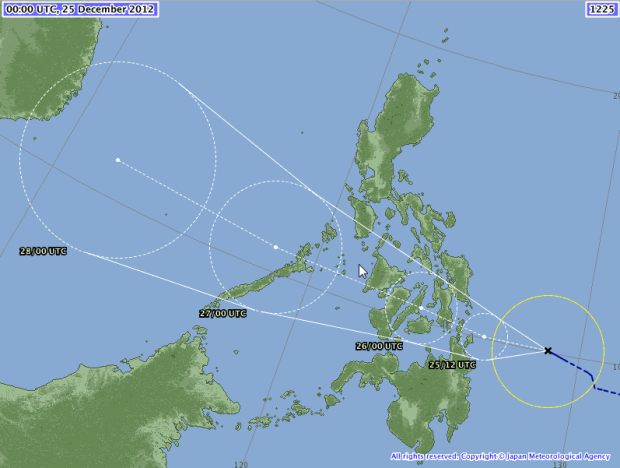 Next update this afternoon as soon as we get new data.