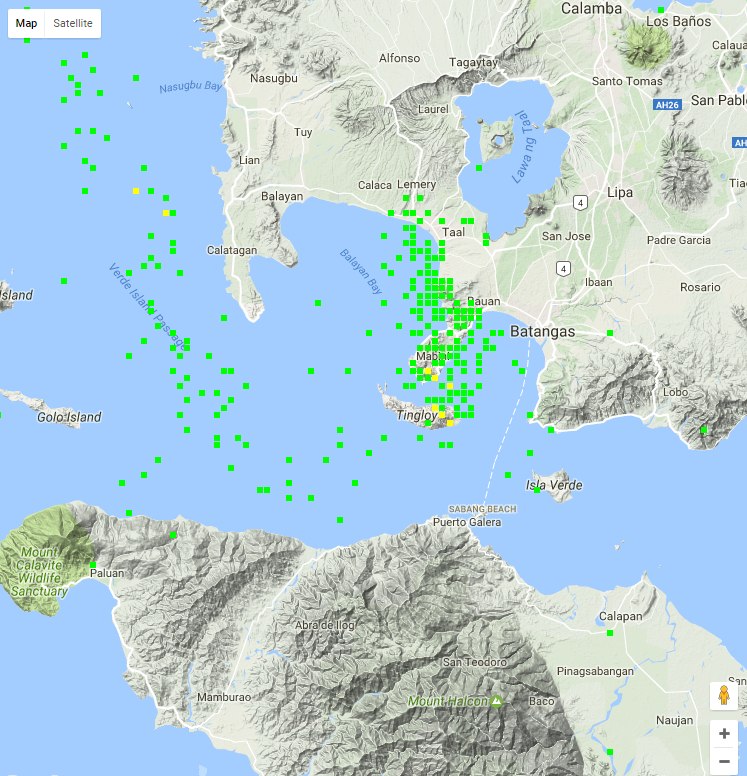 Earthquake Series 2017. After the Surigao  Series in February, now the earth trembles in Batangas.

Why just in time? Since December 2016 we have encountered extremely bad data quality from Phivolcs. The Phivolcs operators who key in the latest earthquakes are very creative. About one fifth of all records contains format errors. Instead of building a little database with plausibility and format checks, they still use a Microsoft Word document. This document is then exported as a web-page.

In March we have overhauled our data capture script. It can now automatically correct about 99 percent of the important errors. We did not bother about the errors in the descriptions. So a part of Phivolcs’ creativity is preserved.

With the reprogramming of the data capture script, we also made our Earthquake page fully responsive. You can now read all pages of Silent Gardens on your tablet or your smartphone.

From February 10 to 20 the underground trembled between Surigao and Leyte. The series started on February 10 at 10:03 p.m. with a magnitude 6.7 quake just 16 km north-west of Surigao City. This shallow, only 10 km deep, earthquake created massive destruction in Surigao City. This initial shock had been followed by over 200 quakes in the vicinity. This earthquake series ended by February 20. Here is the map with all quakes: 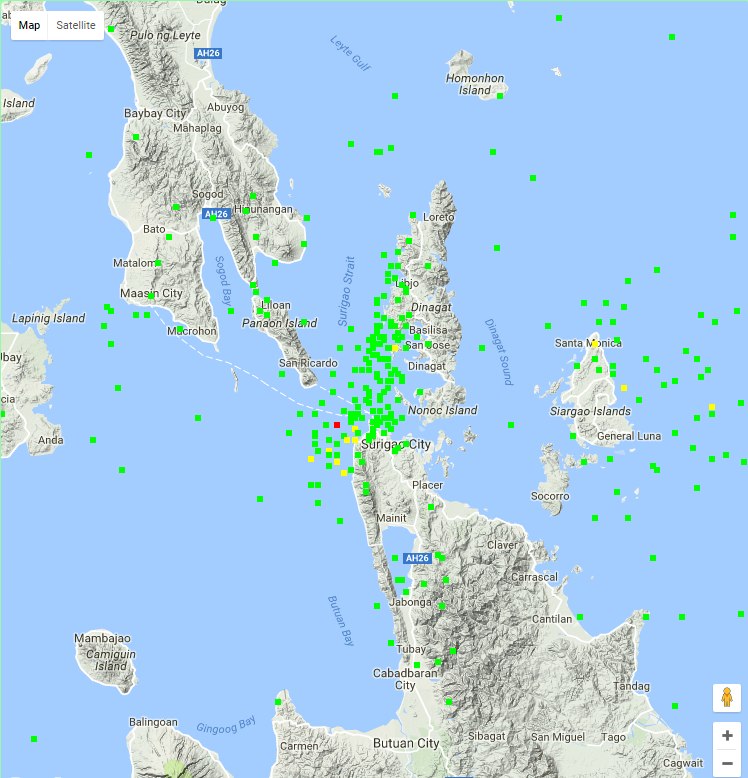 And now we count already the fourth day of earthquakes in Batangas. There had been 3 strong initial shocks near Tingloy around 9 p.m. on April 4. Up to this morning, April 7 at 10 a.m., we counted 202 quakes in the region of the Balayan Bay. In the last 11 hours we counted already 5 new events.

When comparing the earthquake statistics from 2011 to now, we were a bit astonished by the number. The last column is normalized to the first quarter of each year, 96 days exactly. 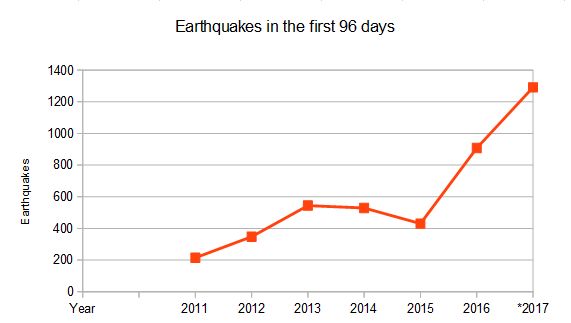 Answer 1: Something pushes and tears in the underground with higher intensity! The Philippines are the meeting point of several tectonic plates. If only one of them moves faster than the other, the fault lines get under increased stress. We are waiting for more date of the USGS.

Answer 2: The sensors of PHIVOLCS became more sensitive! The rather stable numbers of strong and medium earthquakes supports this theory. The big differences are in the numbers of weak earthquakes. This number had been almost stable from 2013 to to 2015. Then it suddenly doubled. We’ll ask PHIVOLCS and hope to get an answer.