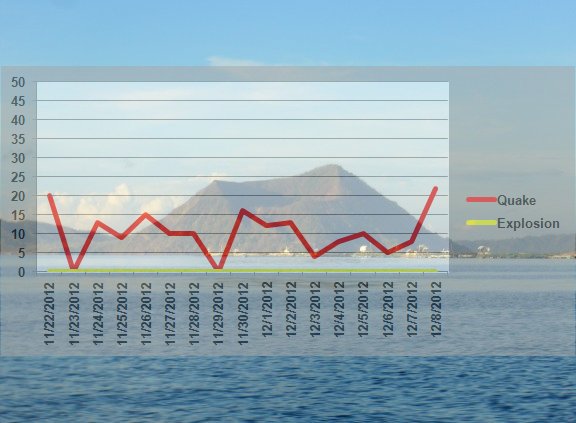 Early this morning at 05:45 AM an earthquake of magnitude 5.6 shook  Davao del Sur. Until now 2 aftershocks of magnitudes 2.4 and 3.5 followed. The impact of these quakes is less of physical nature than of psychological shock. Davao del Sur had been heavily hit last week by typhoon BOPHA/Pablo.

Since November 22, 2012 the number of volcanic earthquakes at Taal volcano has again increased.