The 1000th Earthquake occurred last night at 09:05 PM near Calintaan, Occidental Mindoro. The first 4 months of 2016 we recorded more earthquakes per day than in the precedent 2 years – 7.2 quakes! 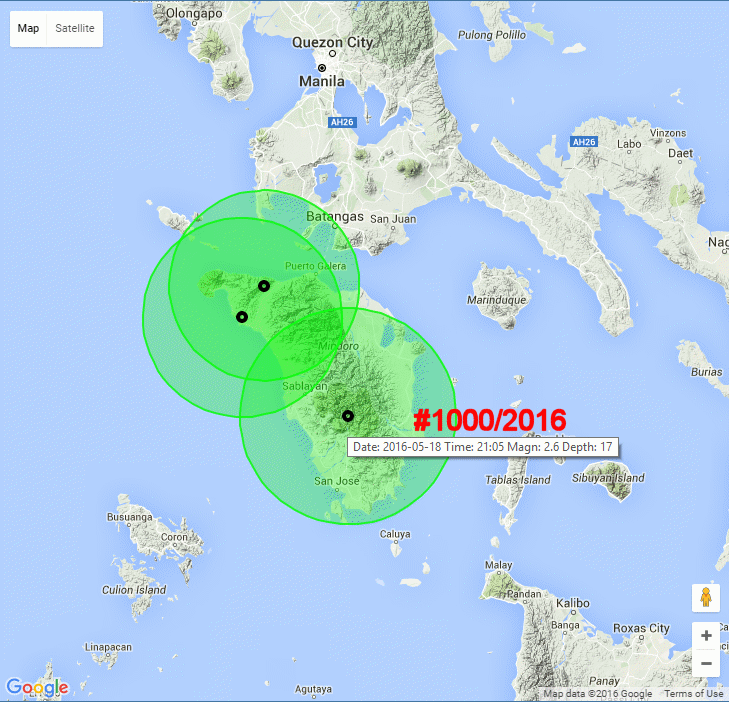 The Earthquake #1000 of 2016 has been rather weak with a Magnitude of 2.6. Its Focus laid 17 km under the earth’s surface. No intensity reports have reached Phivolcs, but people living in the vicinity might have felt it at intensity I or maybe II on the PEIS scale.

This earthquake is typical for the Philippines. Since January 1, 2016, 90% of the recorded earthquakes were of low intensity and produced no damages. They are marked as green dots in the map below. 10% of the earthquakes were of medium intensity. These earthquakes can damage infrastructure and houses when their focuses are near the surface. The average depth of 2016 Earthquakes is currently at 30 kilometres. 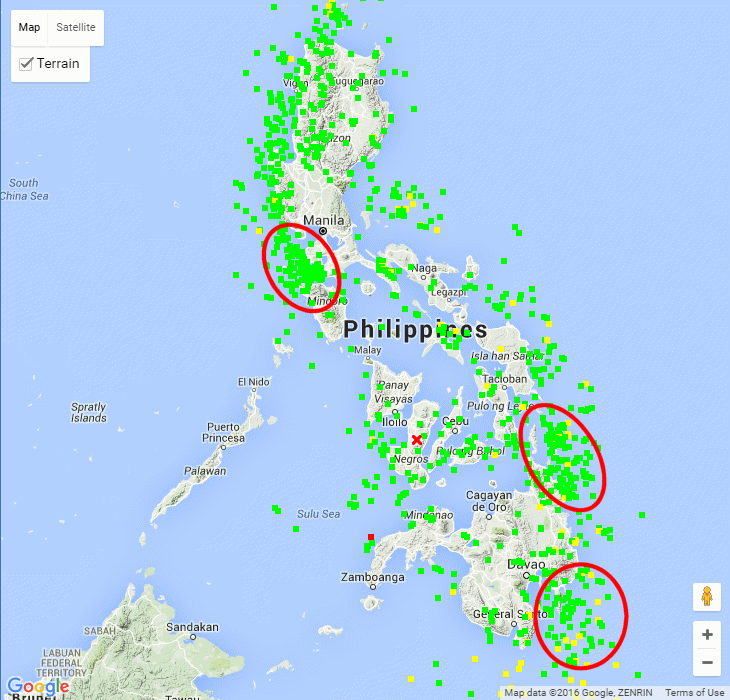 Sources: Silent-Gardens
The above map shows the 3 current hotspots (from north to south):

There were also 2 strong earthquakes already. The first one occurred on January 12 about 313km south of Sarangani. This earthquake had no impact on the Philippines. The second strong earthquake shook the Zamboanga peninsula on April 14. Damages were reported from Zamboanga City, Baliguian, and Siocon. 3 persons got hurt. 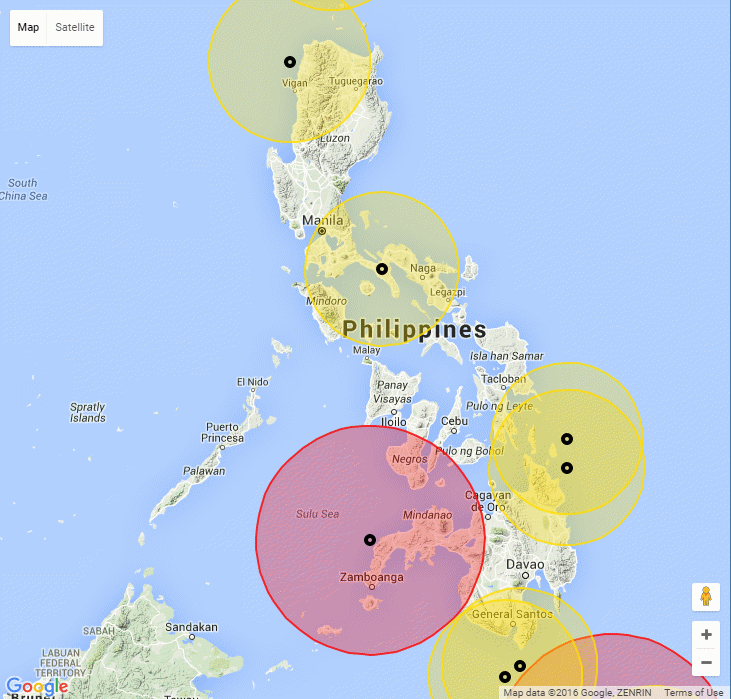 Don’t ask for the impossible! Up to now nobody can predict where, when and at what intensity earthquakes will happen. Geological research as done by Phivolcs can find underground structures that are earthquake-prone, for example trenches and faults. Statistical methods, as we at Silent Gardens use, can show how high the probability for a quake is in a particular place – not more.

Many people say that Panay is the safest island in the Philippines. There are no volcanoes and only few earthquakes happen there. But back in 1948 a devastating earthquake with focus in Anini-y, Antique, was the second biggest on record in the country as it caused widespread damage in Panay and nearby islands. Statistics show trends but never hit the jackpot!

Another good base is geological/historical knowledge. When you look at Bohol, you think of the famous chocolate hills. They were formed million years ago on the sea floor, several hundred meters below the surface. Today they are 300 to 400 meters above sea level. The upward trend of Bohol is still active and provokes quakes. Most of these quakes are weak to medium. But on October 15, 2013 a Magnitude 7.2 quake destroyed many buildings and roads and almost all historical churches.