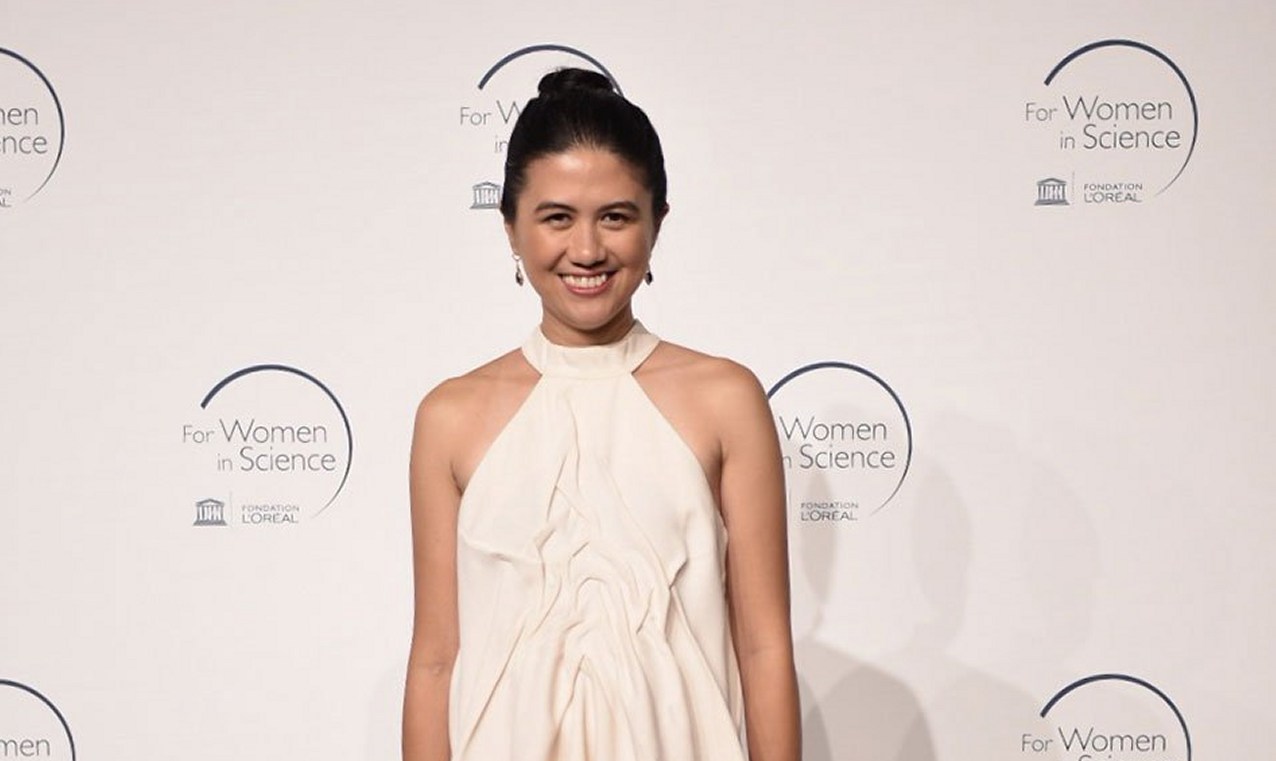 Dr. Mary Jacquiline Romero a Filipina quantum physicist on March 14,2019, was named as one of the most promising women scientists of the L’Oréal-UNESCO For Women in Science (FWIS) International Rising Talents. (Photo courtesy of Jan Levent)

Quantum Physics is one of the most abstract sciences that exist. It is mainly based on complicated mathematical formulas. Even if Max Planck’s initial formula E = hν is quiet simple, it quickly can become monstrously difficult.

The big problem of Quantum Physics is that you cannot experience it in daily life. In Classical Physics, you can understand many rules and theories by your own observation. If you let drop a peso coin, you know it will fall down because the mass of the earth and the mass of the coin attract each other.
In 1953 Erwin Schrödinger tried to explain a quantum phenomenon with a classical experiment. It is known as Schrödinger’s Cat.

Quantum Physics can be real

Here starts the big work of Dr. Mary Jacquiline Romero the Filipina quantum physicist at the University of Queensland in Australia. Dr. Romero is a quantum information researcher. She says “I encode, light, I have different shapes of light and I use that as something like an alphabet that you can write messages with.” This is extremely simplified, because she works with quantum superpositions of photons.

Filipina quantum physicist – a challenge for a woman

Let’s get one thing straight. Girls are just as capable as boys at physics. You don’t need brain scans to tell you, just look at the exam results. “Girls perform at least as well, if not better,” says Charles Tracy, head of education at the Institute of Physics in the UK.

But boys cannot get pregnant, they only can help.
Dr. Romero had to juggle physics career and motherhood when she had her first child in her first year as a Ph.D. student in Glasgow.
“Seeing no other Ph.D. students with kids, that actually made me really anxious, parang merong story na pagka-anak ka, dapat titigil na lahat1,” she said.
1 “It seems like you have a baby story, everything should stop”

In 117 years only 3 women received the Nobel Prize in Physics, Marie Curie,
Maria Goeppert-Mayer and Donna Strickland. Many other great women in Physics, I think of Lise Meitner, did the big work. But a man got the prize. In the case of Lise Meitner it was her who discovered the neutron induced fission of Uranium. But her team mate Otto Hahn received the 1944 Chemistry Nobel Prize.