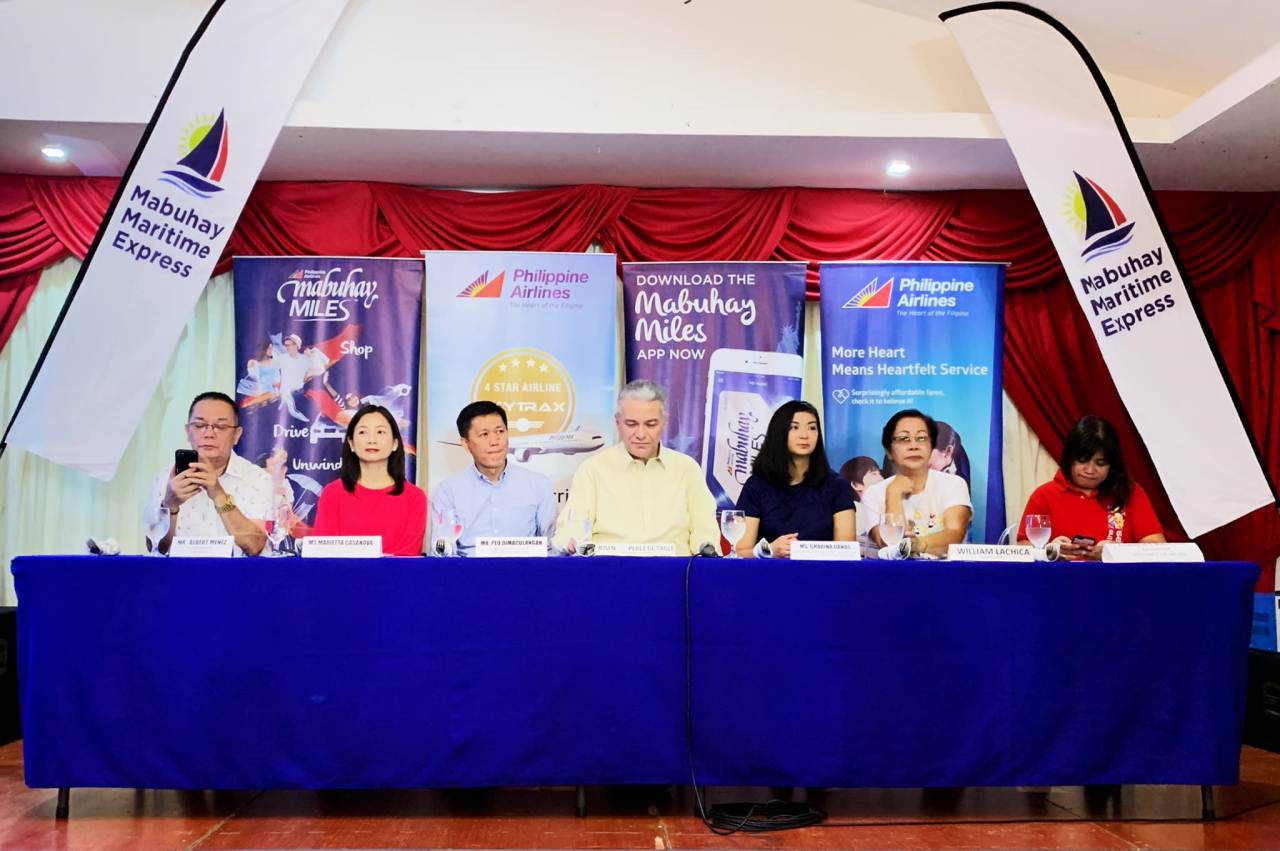 Mabuhay Maritime Express is the newest member of the Philippine Airlines Group.

Yesterday, March 8, 2019, The PAL Group started an entirely new fast ferry service from Kalibo to Boracay. A shuttle-bus brings passengers directly from Kalibo International Airport (KLO) to the new port. This new port had been built at high speed just 2.6 kilometres from the airport.

The Mabuhay Maritime Express – the MV Malambing Express is a fast and modern catamaran with 3 classes. The fast-crafts ply the route in 1.5 hours.

Surely a positive point is the comfortable direct link between Kalibo and Boracay.
Another positive point is the enhanced safety. Still trembling, I remember the freaky van rides especially in the hills between Tangalan and Ibajay.
Arriving within 2 hours on Boracay island is very fast. With bus or van you are in the same time only in Caticlan.

On the negative side I found the rather high fares of at least PHP 750 per ride. Van and bus rides are between 100 and 200 Pesos. But if you compare with the resort transfer rates, the boat trip is much cheaper and much more fun.
Only two trips in the early afternoon and back in the evening/night are not enough. These two trips do not yet match the arrivals and departures of the PAL Manila-Kalibo flights. I presume that this will change soon.