Five Low Pressure Areas in a row approaching the Philippines 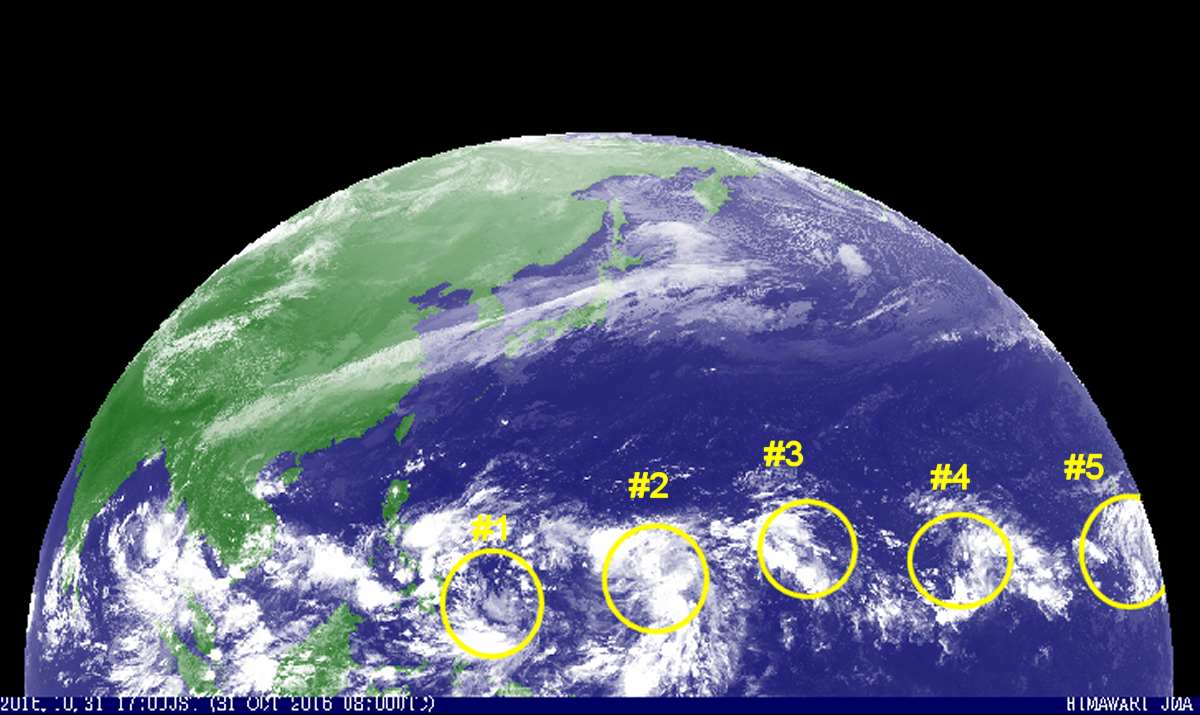 Habagat, the south-western monsoon has vanished. Currently the Easterlies, or north equatorial stream, is determining the weather in the Philippines. In about 3 weeks the north-east monsoon, the Amihan, will start to blow.

These LPA or Low Pressure Areas start developing over the Pacific Ocean. Many of them just start at the horizon of our satellite. The position is slightly west of Hawaii. The new Japanese weather satellite, Himawari-8 is operation and initiated is enhancing the quality and accuracy of our images. But also this satellite cannot pep over the horizon- Also the forecast of tracks of very far Low Prssure Areas is difficult to establish.

The picture below shows the danger zone. Low Pressure Areas within this red frame can develop into tropical cyclones which are may run over the Philippines. 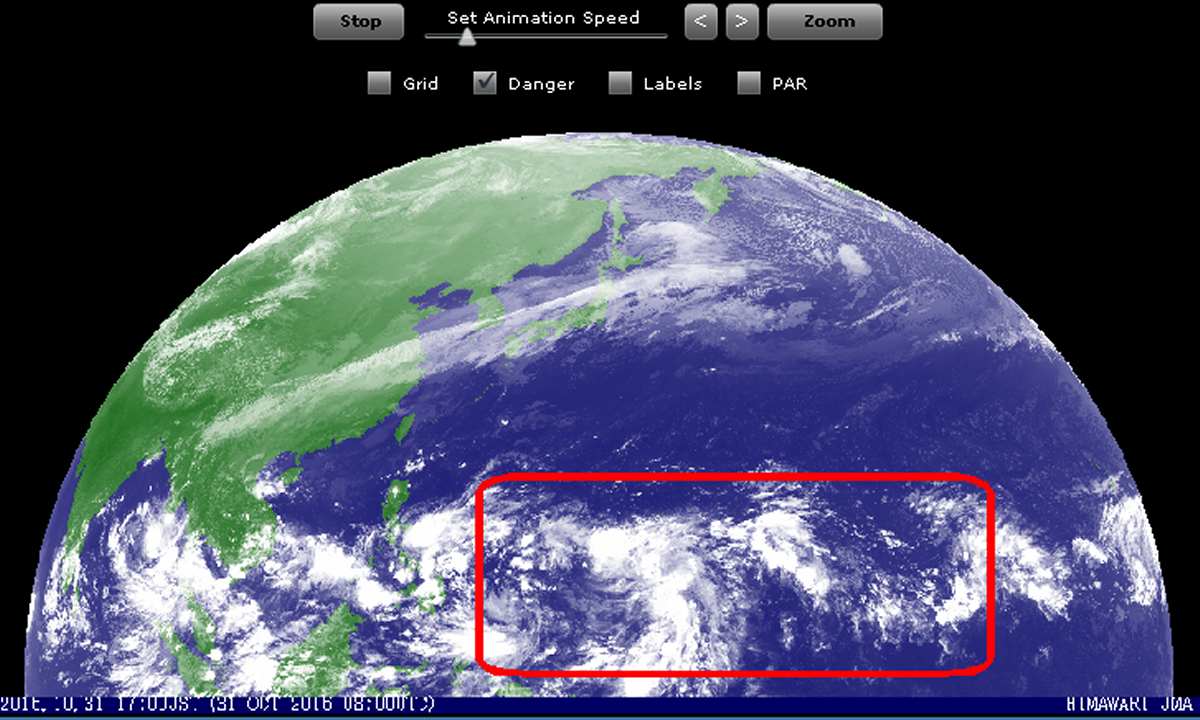 #1 and #3 are still classified as LPA. #2 is already upgraded to a TD, a Tropical Depression. Number 1 is already too near to the Philippines and cannot become dangerous for islands.
But the other four need to be observed. Especially number 2 is already a well developed depression that can start to rotate at any moment and become a cyclone. 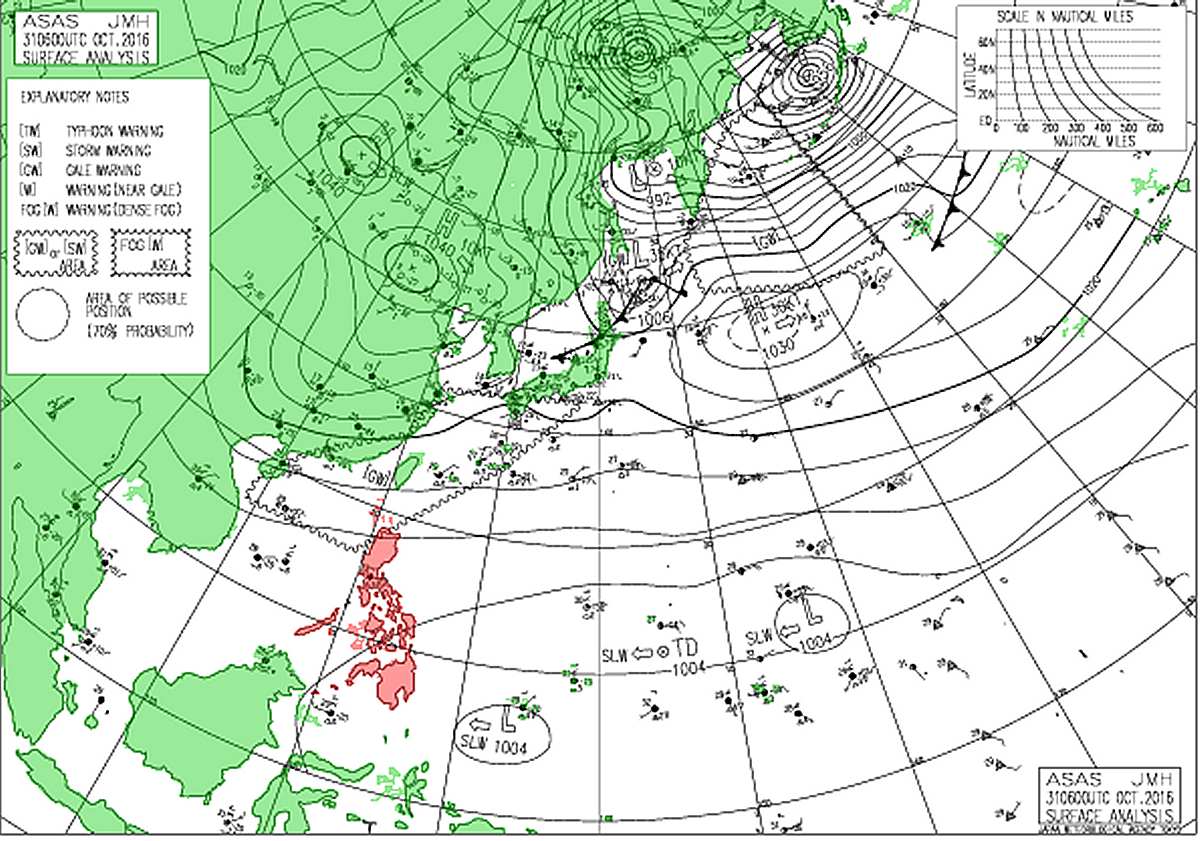 We strongly recommend to have an eye on the weather in the next days. The LPA will arrive in our region from 2 to 12 days. Depending on the atmospheric conditions, each one of them has the potential to become dangerous. These Five Low Pressure Areas could make the first half of November very rainy and rather grey.

Our 24 hours satellite image loops are here. And by the way, we are updating this last weather page. In the new version the animated satellite images will also be available on tablets and smartphones. Next week, maybe 😎