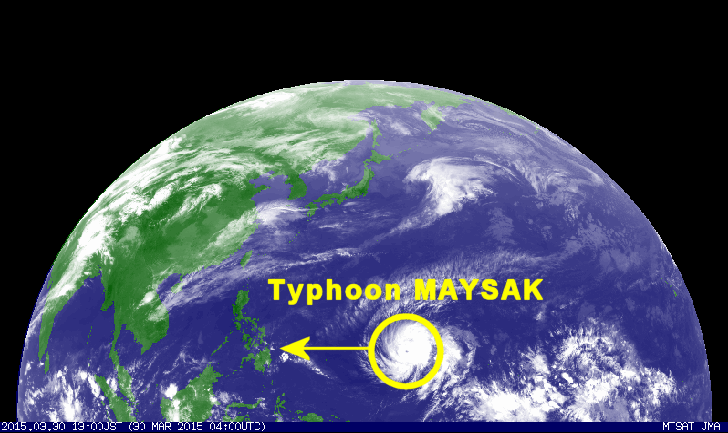 Typhoon MAYSAK got stronger and is now a Typhoon Category 2. The cyclone is continuing its westward track towards the Philippines at a forward speed of 27 km/h.

First of all we’d like to apologize for the late information. Yesterday we had no power from 8 a.m. to 8 p.m. and this morning power had been cut from 9 to 12.

Japan’s JMA predicts the southernmost track heading towards Samar. The American JTWC sees the typhoon go much northern heading towards Aurora (Luzon). This remembers a bit the forecast discrepancy Typhoon HAGUPIT/Ruby last December. You might remember the strange behavior of this typhoon decreasing within a few hours from a Super Typhoon to a Tropical Storm.

Low or High over China 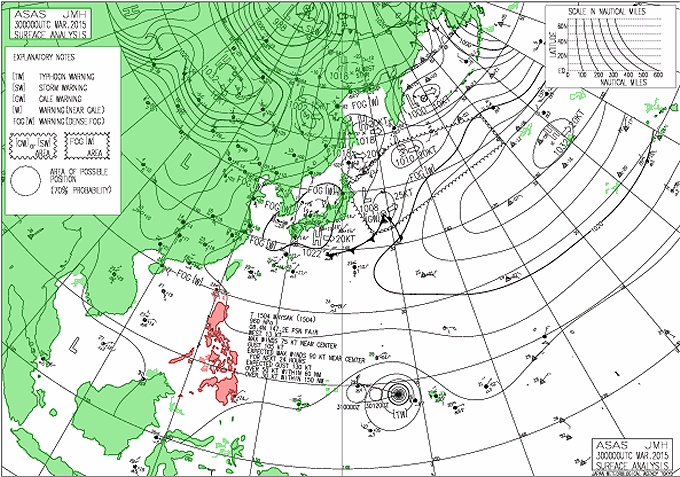 Currently high and low pressure areas are following in a fast rhythm.

The last satellite photo shows the typhoon having developed a clear eye:

Next update this evening