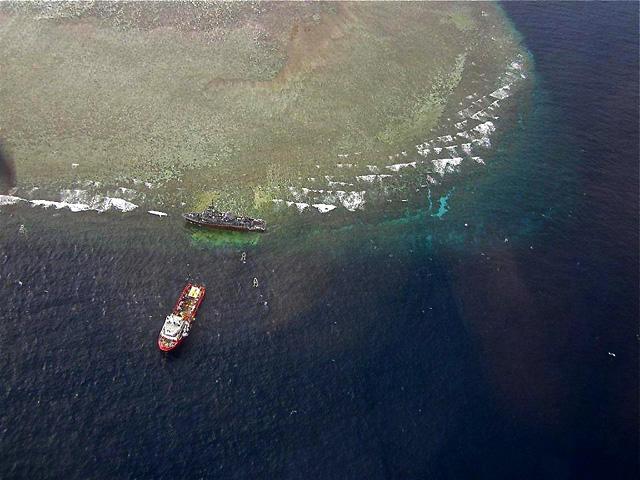 USS Guardian – the salvage will start next week if weather remains friendly and the sea will be calm. The first steps have already been done. Last week the vessel Apollo pumped all oil and fuel from the damaged USS Guardian.

The aerial photo taken by the Tubbataha Management Office team shows the situation. In the upper half is the Tubbataha reef. At its edge the grounded USS Guardian and below in deeper water the vessel Apollo. Two small rubber boats supervise the pumping work. The US Navy noted that no oil spill occurred.

Inspection on board of the USS Guardian showed that the 23 years old minesweeper is damaged in different sections of the ship’s body. This is why the US Navy said that it will dismantle and safely remove the ship from the reef, “in sections.” Another reason is to prevent the ship to damage more corals in the reef. 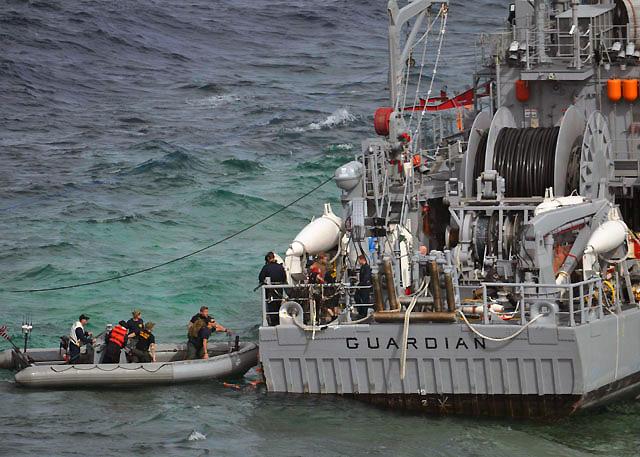 The Tubbataha marine park manager, said the most recent damage assessment showed that the area the US Navy’s minesweeper ship has affected is worse than the initial estimate of 1,000 sqm. Latest estimation show  an area of over 4,000 sqm of dead and dying corals.