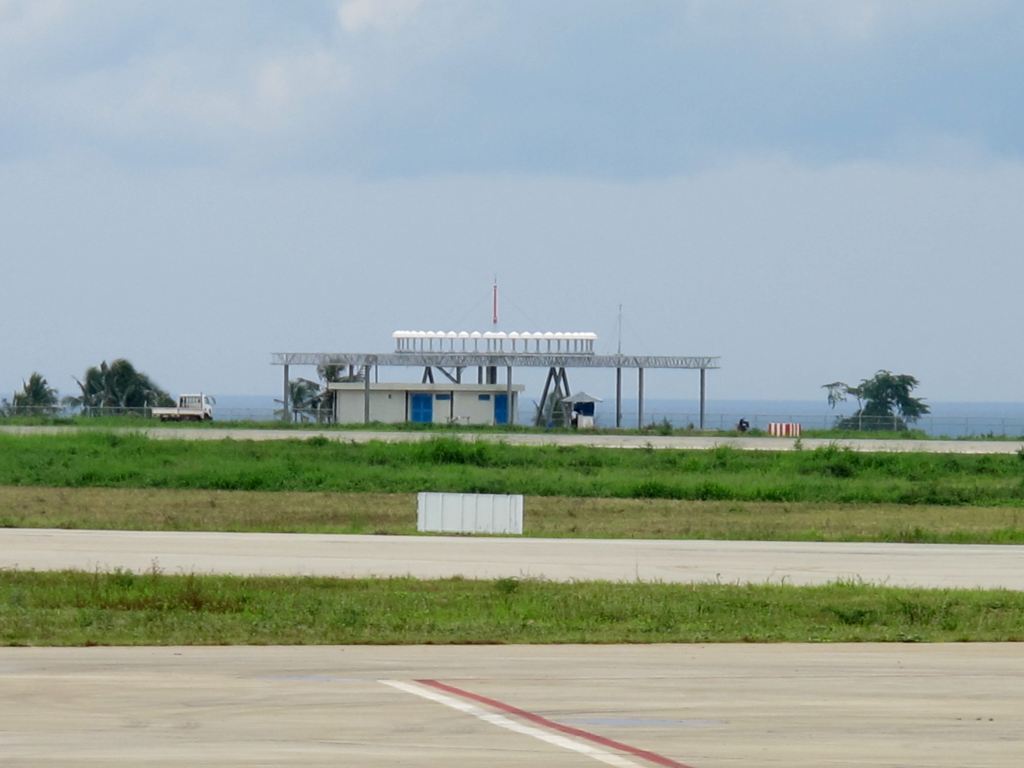 Laguindingan Airport is being tested right now. DOTC and CAAP are testing the electronics and lights in RPML/CGY from November 4 to 6.

The Department of Transportation and Communications (DOTC) and and the Civil Aviation Authority of the Philippines (CAAP) are aiming to have Laguindingan Airport in Mindanao handle evening flights before end-November. Unfortunately the airlines do not yet show much enthusiasm in flying to Laguindingan in the night. We’ll see …

Night flights mean more flights and more options for passengers. As the gateway to Northwestern Mindanao, this development will spur greater economic activity to the bustling business and tourist destinations in Cagayan de Oro, Bukidnon, Iligan, and neighboring areas. The Northeastern Mindanao is covered by Butuan airport. This airport is undergoing renovation and extension works at this moment.

The modern Laguindingan Airport was opened in June last year as a replacement to the older Lumbia Airport. While determined by experts to be safer than Lumbia despite operating only under visual flight rules until now, Laguindingan however has limited passenger capacity. As early as 2012, Lumbia was already serving an annual traffic of at least 1.6 million passengers, which is Laguindingan’s annual capacity. This issue is largely because the airport was meant to be completed way back in 2006, but was not fully executed until last year when passenger volume had boomed. According to latest studies, the airport is projected to have 2.58 million passengers by 2017.

Due to years of delay, Laguindingan was already at capacity by the time it opened last year. To spare future administrations from similar issues, an infra expansion component will be put into the operations contract that will be out for bid in December. This contract is a 30- to 35-year enhanced operations and maintenance (O&M) concession, scheduled for award within the third quarter of 2015. It is meant to satisfy the projected increase in passengers for the next three decades, as well as to maintain the airport’s facilities and services at international standards.

Laguindingan’s biggest problem remains the road infrastructure. The road from Cagayan de Oro (CdO) to Languindingan is currently being enlarged to 4 lanes. At 3 a.m. one can do these 43 kilometers in about 30 minutes. But already at 6:30 a.m. one needs over an hour. The traffic is mixed. There are lots of heavy trucks that nearly stall when the road moves up. There are pedicabs and tricycles and motorelas that overtake each other at 10 to km per hour. Taxi drivers speed as hell and motorbikes cross the road coming out of nowhere. In some Barangays, traffic enforcers stop the traffic to guide kids over the road to school.

Solutions? Difficult to find! Building an express railway track from CdO to the airport would need at least 10 years. Fence off the road is impossible. Local traffic needs this road, there is none other. Maybe a fast ferry (e.g. Oceanjet) could link the airport with the port of CdO. They could ply the 40 kilometers in 30 minutes without traffic congestion. Maybe …

More information about all airports in the Philippines.