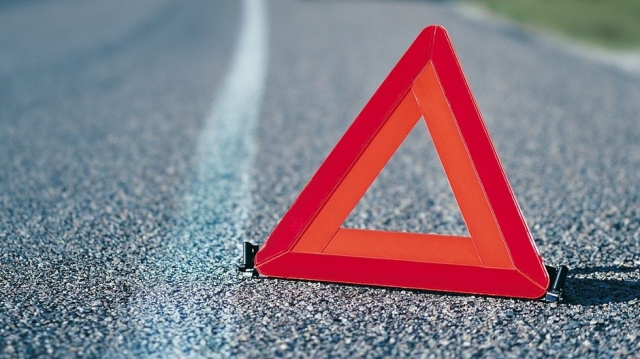 Law and Order hit these days on Camiguin’s roads. Yesterday a multicab driver started to cry just outside of our lot. Being asked what were going wrong he told us that he got a fine of PHP 5,000.00 (five thousand Pisos) for traffic violation.

That’s a lot of money for a multicab driver. We did not ask what had happened. A short time later I got a warning message from a good friend. He informed that LTO agents had mounted a road block just outside their office. They were checking all vehicles and looked especially for the EWD, the Early Warning Device.

Our friend got caught without this device and had to give his driver licence to the LTO agents. This morning  he went to the LTO office to get my license back and to pay the fine for not having an EWD. Notwithstanding a big poster outside the local LTO office shows clearly “…shall be fined Php 500”, they simply added one 0 and fined him PHP 5,000 . 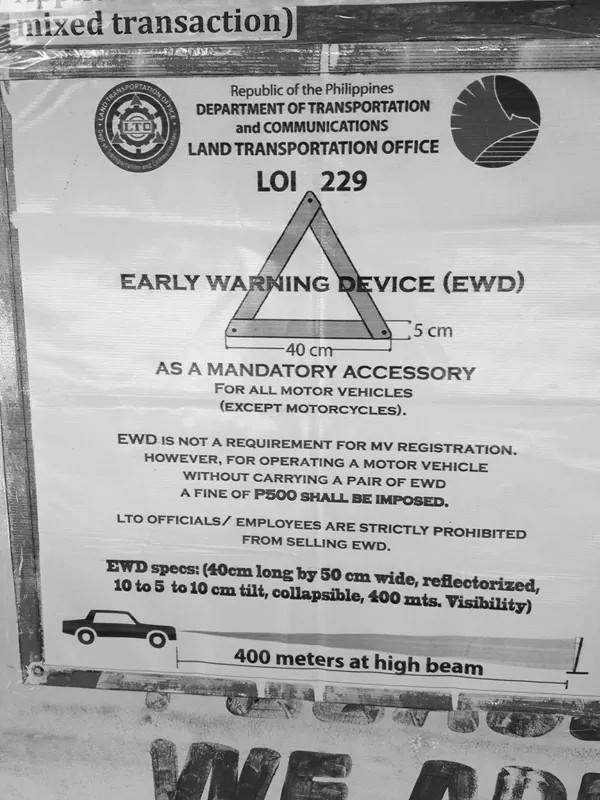 True! It’s written: “A fine of P500 shall be imposed. But what is this LOI 229? I started a short search an found the corresponding document on the Chan Robles website. It is a Letter Of Instruction signed by … Ferdinand Marcos in 1974! This LOI 229 says: 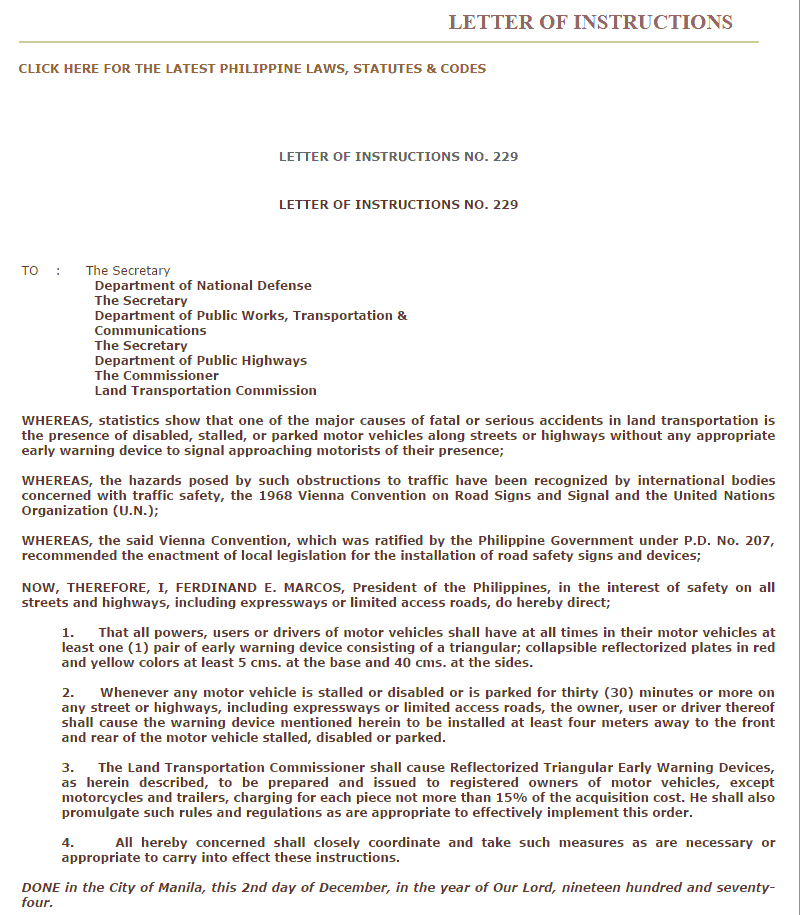 Well, that’s a good time ago and no fine had been indicated. I then continued my search and found the LTO list of fines from November 2012. Here it is clearly stated that “Failure to carry Early Warning Device (EWD) costs PHP 500. So why had the multicab driver and our friend to pay 5,000? And funny, this is the document from the official LTO Website.

I continued my search because I remembered an article I had read earlier this year. And then I found an ugly copy of the Joint Administrative Order 2014-01. This JOA states the power of the Department of Transportation and Communications to establish and prescribe the corresponding rules and regulations for the enforcement of laws governing land transportation services, including the penalties for violations thereof, the following revised schedule of fines and penalties for violations of laws governing land transportation services and the procedures for apprehension and adjudication thereof are hereby promulgated and approved for implementation.

And there you can read this:

And last but not least, all hardware stores in Camiguin are out of stock of these devices. Sorry, I won’t drive until the LTO cops from Cagayan have left our beautiful island. It seems that they go home on Monday.