Marina wants to get rid of 365 steel-hulled vessels 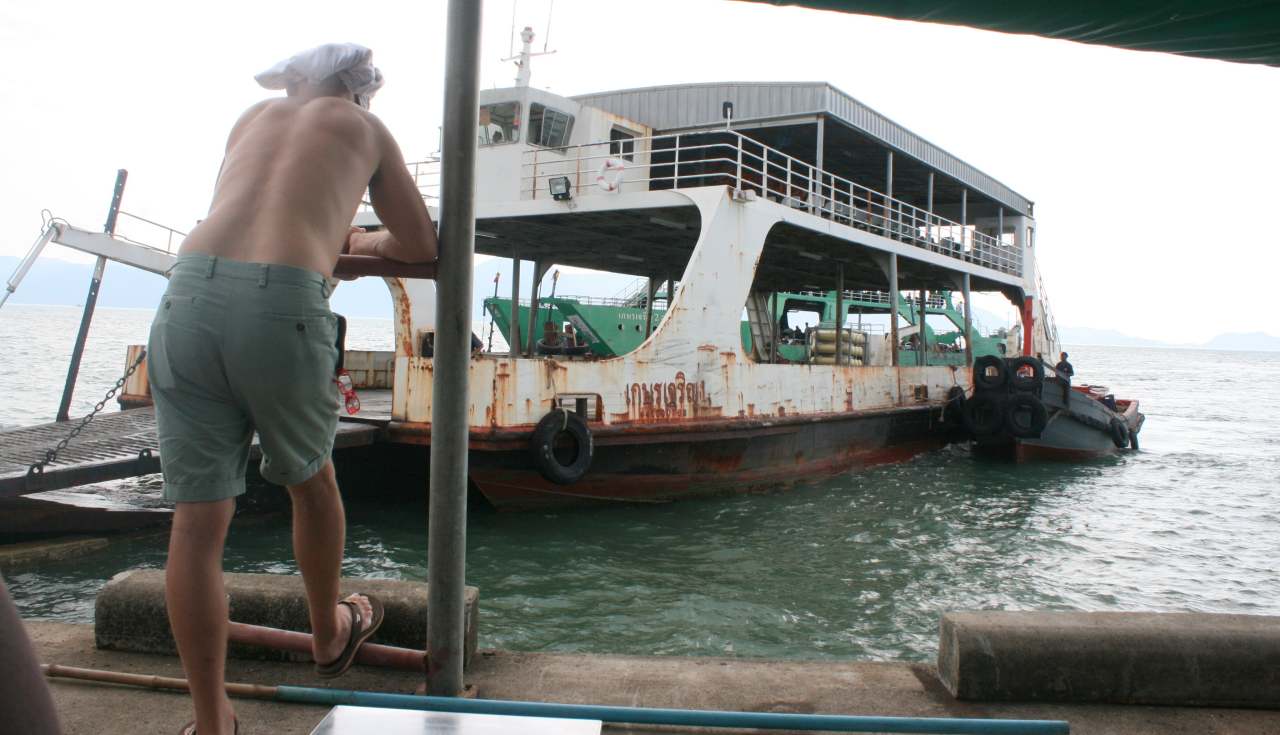 Marina – the Maritime Industry Authority – wants to phase out all steel-hulled vessels that are 35 years and older.

A total of 365 steel-hulled vessels that serve routes from Cebu to the different parts of the country will be phased out in five years if the order of the Department of Transportation (DOTr) will be implemented. Marina Region 7 Director Nanette Villamor Dinopol said that 138 vessels out of the 365 vessels are passenger ferries plying various routes and are now serving as the backbone of the shipping industry.

Marina – not so soon

Already the first sentence makes us think that rust will again be faster than politics: “… phased out in five years if the order of the Department of Transportation  …”. That’s even not next year maybe. Dinopol said Marina is crafting a policy on this matter. But she said there is no time frame to come up with the final draft. The Marina director said this is not an easy task considering that travelers will be affected.

Alexander Cohon, the president of the Visayan Association of Ferryboat and Coastwise Service Operators (VAFSCO), told the media in the same conference that they will oppose the order.
Cohon said they are not against the government’s move to maintain safety at sea.
“Ship safety is not in the age of the vessels because even Titanic, which was brand new sank. Records show that in 2003, Marina started to phase out wooden-hulled vessels to prevent mishaps that cost thousands of lives in the past.
In 2006, the administration of then President Gloria Macapagal Arroyo wanted to phase out steel-hulled vesels, which were 20 years old and above. But until now, Marina failed to implement it because of its effect not only on business, but ordinary people.

What kind of ships?

In our Philippines Ferry Database we count currently 229 ferries plying 182 routes. Among these ferries are shipyard new ferries like the FastCat ferries. 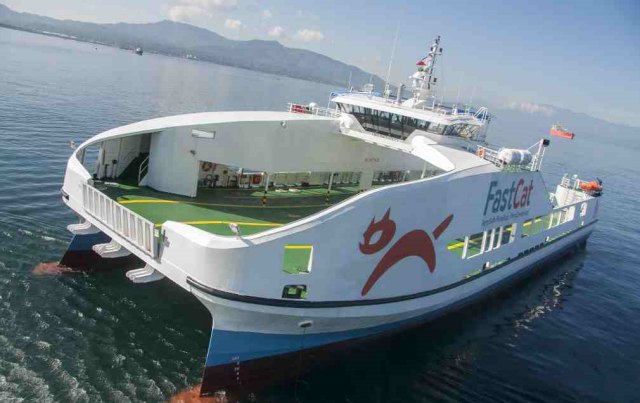 And there are old-timers like the 1972 built MV Kalinaw. Japan had built many of these old-timers. After 20 years of service in the Japanese archipelago, Japan sold them to Korea and finally they arrived in our waters. 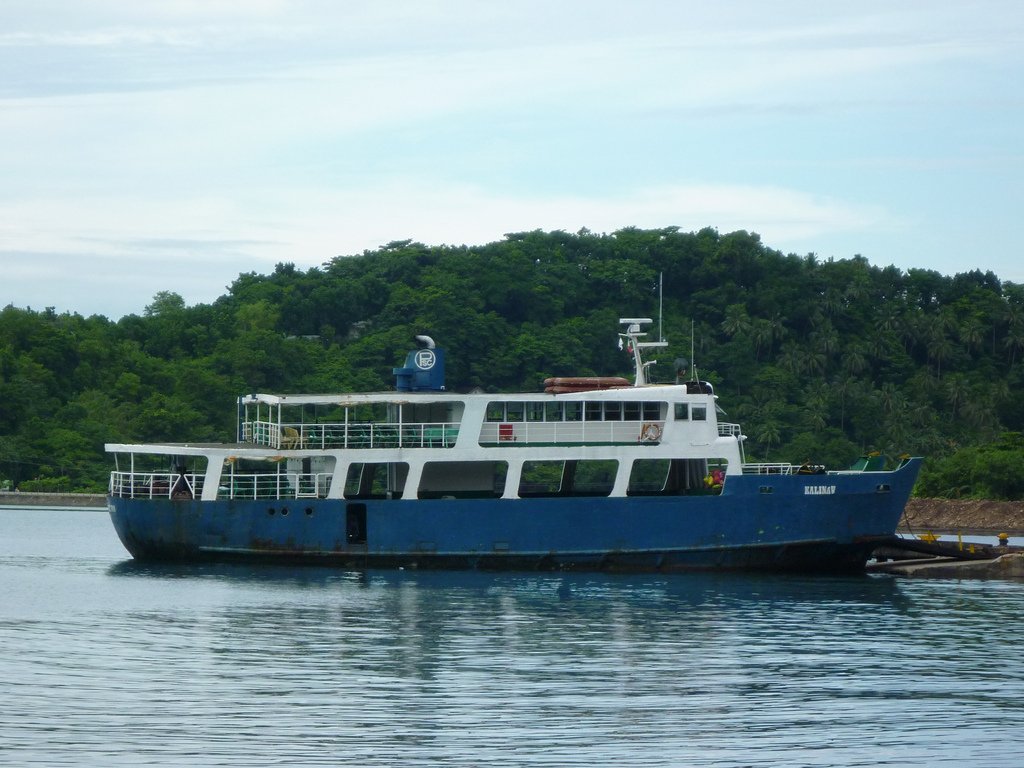 There are also outrigger boats. In the Philippines they are also known as Bangka. Some of these wooden boats ply regular ferry routes like the Motor Bangka Jaziel. 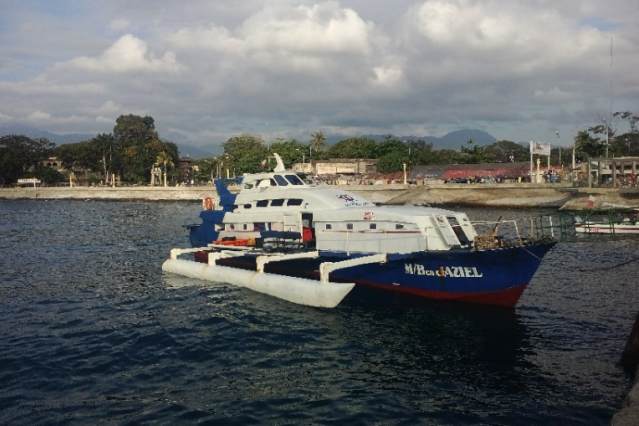 If well maintained, all these ships seem to be save. But sometimes we get a bit confused. Since at least 2008 the Super Shuttle Ferry #1 has a non working generator. Instead of repairing the ferry’s own generator, AMTC has installed an auxiliary generator on the car deck. On August 26, 2008 this generator caught fire just before arriving in Jagna port. The crew quickly extinguished the fire but the ferry still sails with an auxiliary generator in 2016.

Another question are the owners and the flags. Why are ferries like the Lite Ferry 27 registered in Sierra Leone? SLMARAD – the International Office of Sierra Leone Maritime Administration – accepts registration of any ship anywhere in the world. On September 13, 2016 SLMARAD issued a circular advising ship owners of the Flag State Inspections of Sierra Leonean vessels. Strange … Sierra Leone is almost exactly on the opposite side of the Earth. Wouldn’t it be better to have all local ferries registered in the Philippines? We don’t know.