This year’s Strongest Earthquake hit the region of Mati in south-eastern Mindanao. A series of aftershocks is still rocking Davao Oriental.

A Magnitude 6.5 earthquake shook Mati this morning 6:53 a.m. In Mati and Davao the shock was felt with an intensity of 5. Intensity V is strong. It is generally felt by most people indoors and outdoors. Many sleeping people are awakened. Some are frightened, some run outdoors. Strong shaking and rocking felt throughout buildings. Hanging objects swing violently. Dining utensils clatter and clink; some may be damaged. Small, light and unstable objects may fall or overturn. Liquids spill from open containers. Standing vehicles rock noticeably. Shaking of leaves and twigs of trees are noticeable.

PHIVOLCS director Renato Solidum said that no damage is expected from the quake as its epicentre was off into the sea at 32 kilometres Southeast of Davao Oriental. The focus was 43 km deep. 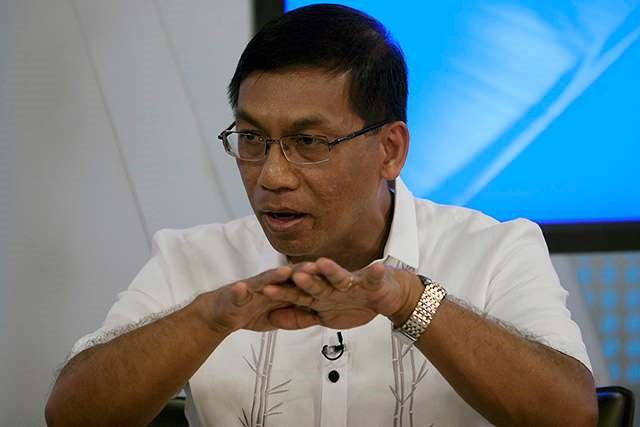 These intensities correspond to our calculated circular region coloured red in the map below. 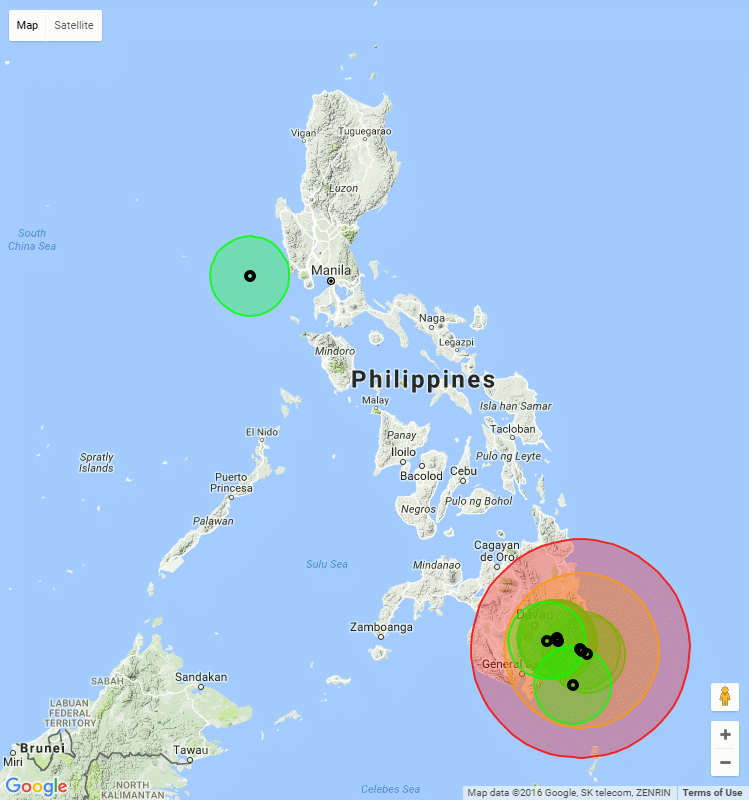 The interactive earthquake maps are here. 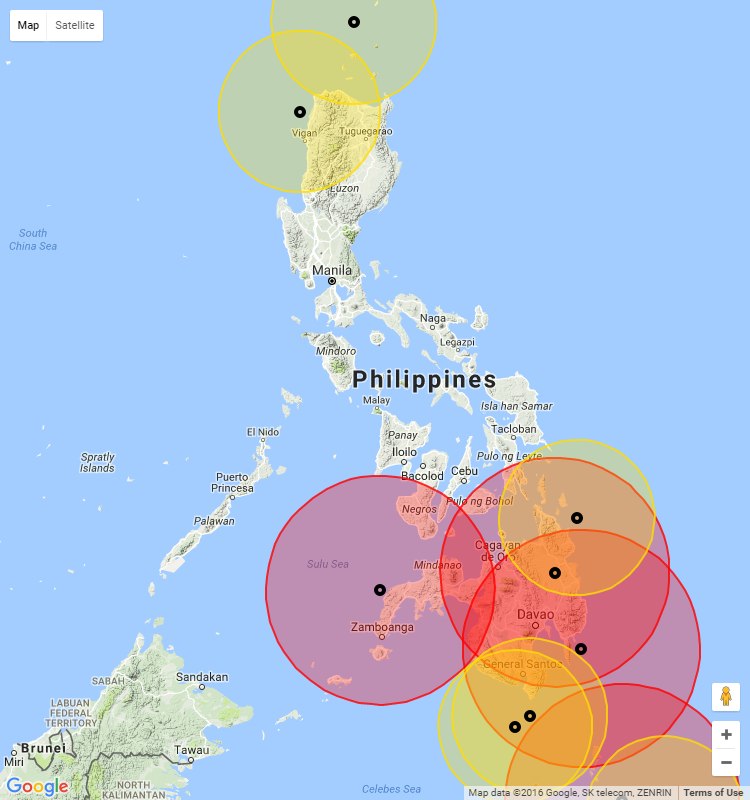 Above map shows that this year’s strongest earthquakes occurred almost all in and around Mindanao.

Was this the big hit or is it still to come?

On November 12th, 2015, the Inquirer published this article after a after a 4.7 magnitude earthquake had hit Davao City

Desiderio Cabanlit, senior analyst of Phivolcs in Southern Mindanao, said based on 2010 findings, new cracks emerged in a large swath of land in the coastal areas of Mati in Davao Oriental and Surigao del Sur, which have the potential to unleash an 8.3 magnitude quake.
“It happened in 1924 in Mati City, which was 8.3 magnitude. In Monkayo (Compostela Valley province), a 7.2 magnitude quake rattled the province sometime in 1893. These are historical events and that it is possible that it will happen again,” Cabanlit said.
In the two earthquakes, several hundreds either died or were injured, although no accurate data could be found, Cabanlit said. “Personally, I am scared. It is scary for people. It’s possible but we don’t know when that quake will happen,” Cabanlit said.
He said the region had periodic big quakes once in every decade, but “the last time Monkayo had a massive quake was some 124 years ago.”
The tremor in the Monkayo quake was so strong that it reached Indonesian soil, some 100 miles from General Santos City, which felt it at Intensity 6-7, while Davao City felt it at Intensity 9, he said.  Intensity 6-7 means that the shaking is so strong that people have trouble standing and walking. Intensity 9 means that the earthquake can cause considerable damage to well-built buildings.
Cabanlit said they have been mapping areas to check for new fault lines.
He said they were checking on reports of frequent quakes in areas, such as Digos City, not identified as having fault lines.
“It is possible that these are new local fault lines,” Cabanlit said.
Janila de Ocampo, an engineer working for Phivolcs, said an “8 plus magnitude” quake could “definitely cause a lot of damage, sway buildings and trigger a tsunami.”
“But we don’t know the extent of the damage it may generate for we have a lot of infrastructure now compared a century ago,” she said.
She added their office has been helping the local government units in coming out with disaster preparedness measures in the event of a massive quake.
“We all should be prepared,” she said.
The Phivolcs, she said, has started updating the 10-year-old fault line findings of geologists in Davao region.
She said they discovered at least three new fault lines in Davao City, but they have not released the findings “as these need further studies,”
“We already informed the City Mayor (Rodrigo Duterte) and showed the map, but we could not yet ascertain as to how long it is,” she said.
In 2013, a 7.2 magnitude quake jolted Cebu and Bohol, killing hundreds of people, destroying more than P2 billion worth of infrastructure and reduced to rubble Spanish-era churches.
The magnitude of the earthquake is the force of the energy unleashed by the temblor while the intensity scale refers to the observable effects of the earthquake on people and the environment.