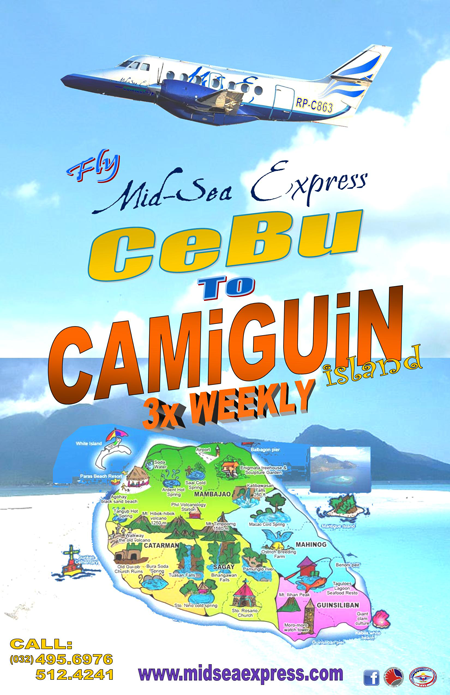 This morning we were very happy to hear the familiar sound of the Mid-Sea Express Jetstream 32 in our sky.

After the Aviatour accident on Sunday we feared that either Mid-Sea Express would suspend their flights or that CAAP would close Camiguin’s airport CGM / RPMH.