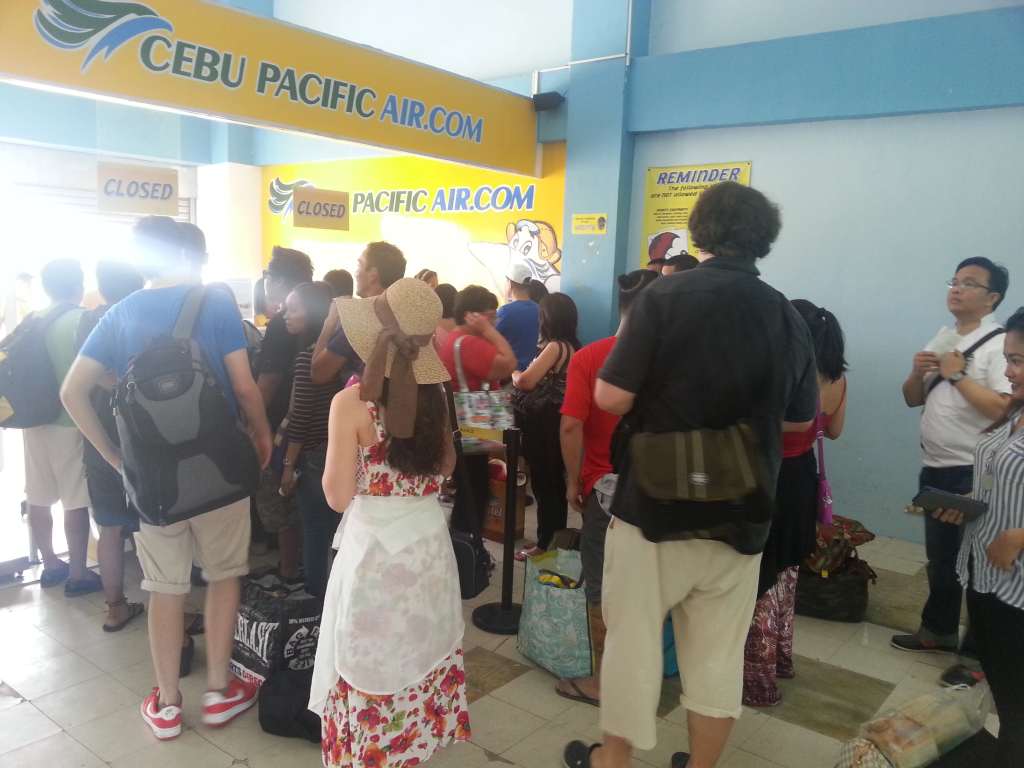 Cebu Pacific Air provided us with 2 unforgettable adventures. You may have wondered about the silence in our blog. We were away for vacation because even the most lovely island can become too small after several months. For the curious ones: we were in Singapore and Europe.

On August 31 we were at 5.45 a.m. at Camiguin airport (CGM). Check-in and all the other silly procedures* went smoothly.  At 6.50 a.m. flight 5J 833 landed. But instead to roll to the usual position, the airplane moved to a parking position aside. A few minutes after the passengers had disembarked, the pilot showed up, talking in his cellphone and shaking his head. 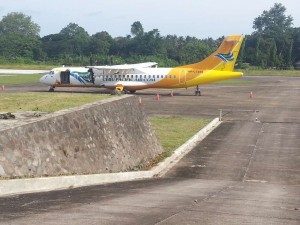 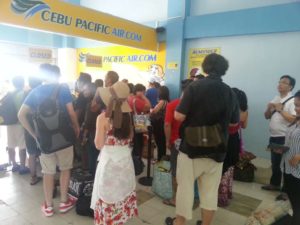 The HiFi speakers of Camiguin airport started to squeak and a tinny voice informed us that our flight 5J 834 had been cancelled for technical reasons. The passengers then had two options: Wait until 3 or 4 p.m. hoping that the repairman from Manila would then have come and have resolved the fuel pump problem. Or take the offered van and ferry to Butuan City and then take there the 3 p.m. flight 5J 224 to Cebu.

We thought that it were safer to go to Butuan. The CEB staff then reimbursed the terminal fee and gave all passengers 100 Pesos for lunch. Finally 3 vans left Camiguin in direction of Butuan City. In Gingoog we made a lunch break at Jollybee and spent the 100 pesos. (Bon appetit!)

At 1.51 p.m. we reached Butuan airport. The airport was a dusty mess under repair and extension. 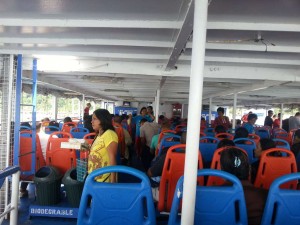 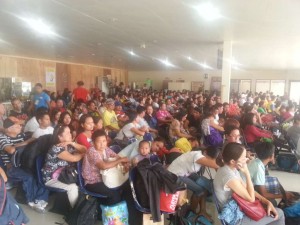 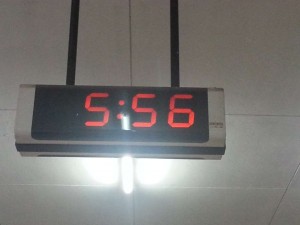 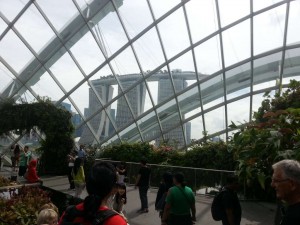 * I wrote about silly procedures: It is usual in the Philippine’s airports that one passes two security checks – one at the entrance and one before going to the gate. Camiguin aiport has only one x-ray machine. To follow the procedure, you pass there first time, when entering the building. Then you check-in and pass again a second time through the same x-ray and metal detector. A procedure is a procedure!

The second adventure happened last weekend. My daughter and a friend had passed two weeks of vacation with us. Both girls had to catch imperatively their respective international flights on Saturday, August 13 from Cebu to Singapore and Cebu to Kuala Lumpur. These flights were scheduled around 3 p.m.

On Friday, August 12 at 3:58 p.m. I got a text message from Cebu Pacific Air saying that flight 5J 834 next morning had been cancelled due to aircraft situation (what ever this might mean). Meanwhile typhoon KALMAEGI /Luis had approached the Philippines and wind begun to get rather stiff.

The last ferry to mainland Mindanao had already left at 3.30 p.m. The girls got panicked.

I then contacted our friends from Far East Aviation Services. They checked the atmospheric conditions and told me that they might dispatch a Cessna 172 early next morning to fetch the girls and fly them to Cebu. But if the conditions worsened, they would have to cancel the flight. This had been plan A.

We then went to the Cebu Pacific Air office in Mambajao. The office was still open at 5.00 p.m. The local staff was really helpful and offered to reroute the two passengers on flight 5J 204 Cagayan de Oro to Cebu at 9.40 a.m. tomorrow morning. There would be no re-booking fee and we had to be at Laguindingan airport before 9.30 a.m. We would have to take the first ferry at 4.30 a.m. next morning This had been plan B.

We selected to follow plan B and if ever the ferry could not sail fall back to plan A. 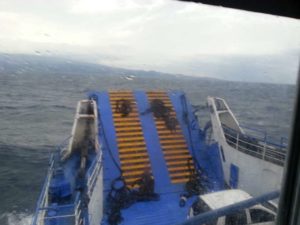 Rough sea and time running out

We did it. The plane took off with 5 minutes delay.

During this race against the clock we were in continuous contact with the Cebu Pacific staff in Mambajao. They did a really great job. Maraming salamat po. our thanks also go to Melrose Camensi from Far East Aviation Services for his quick action. we soon will fly together …
Our thanks also go the captain of the Super Shuttle ferry who invited the girls to the bridge and finally we thank Aude and Lisa for their coolness. They did hide their stress nearly perfectly.

When travelling in the Philippines, always provide the airline or ferry company with a local phone number for they may contact you in time. We also recommend to give them an e-mail address that you can access any time. If you stay at a resort, give them the resort managers cellphone number.

We later, after the adrenaline ride, learned that several passengers could not be informed early enough. They got the bad news in the morning at Camiguin airport – too late!