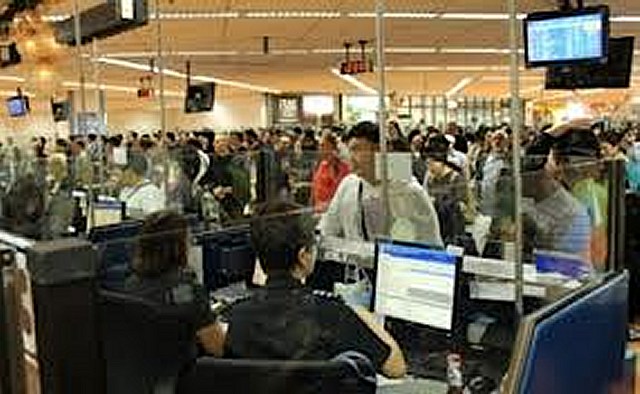 Long queues at immigration in NAIA, they might get shorter. Photo courtesy of sandierpastures.com

Justice Assistant Secretary. Geronimo Sy said yesterday that the government said the public should expect major changes at the Ninoy Aquino International Airport (NAIA) this year. The target is a paperless and queue-less airport within 2014.  The new Philippine immigration arrival and departure cards are now being distributed to different airlines with international destinations. The new cards are expected to be used by March 1, 2014.