Only in the Philippines – PAPI stolen 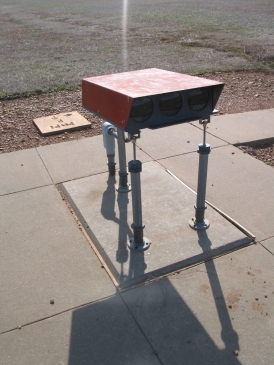 The following NOTAM was circulated for Tacloban Airport (TAC / RPVA):

This means that runway 36 of Tacloban’s airport is decommissioned! Runway 36 is not usable.

And then this message from Airphilexpress:

Good Afternoon!
The Precision Approach Path Indicator (PAPI) lights of Runway 36 in Tacloban has been stolen recently. In light of this, adjustments to our Manila-Tacloban and Tacloban-Manila flights have had to be made until replacement of the PAPI lights is in effect.
Below are the new, albeit temporary, flight schedules:
Flight 2P985, MNLTAC/1540H-1650H (moved from 1710H-1820)
Flight 2P986, TACMNL/1720H-1830H (moved from 1850H-2000H)

Precision approach path Indicator (PAPI) is a visual aid that provides guidance information to help a pilot acquire and maintain the correct approach (in the vertical plane) to an aerodrome or an airport. It is generally located beside the runway approximately 300 metres beyond the landing threshold of the runway. 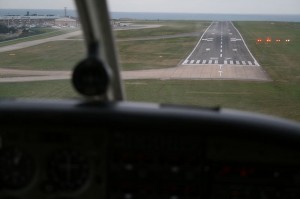 The PAPI can be seen to the right of the runway. The plane is below the glideslope.

This is one of the usually 4 PAPI lights. A high precision instrument.

[Editor’s comment:] I wonder in which nippa-hut the PAPI lights will serve as disco-lights? Do these guys have a rest of brain left between their ears?