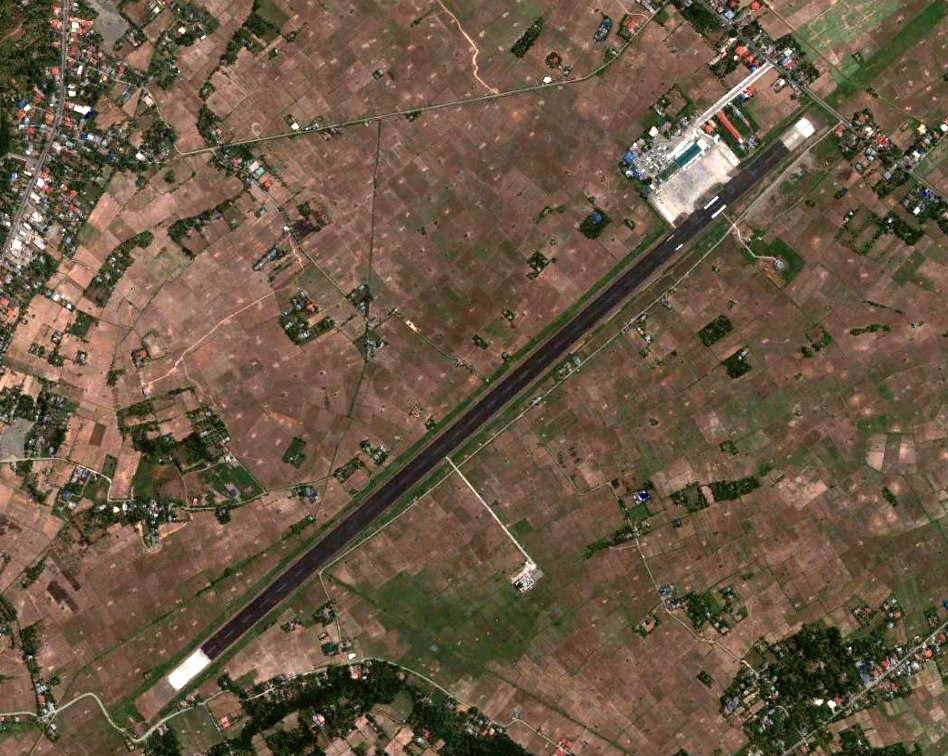 Some minutes ago an AirPhil Express Airbus A320 overshot Kalibo’s runway 23. It seems that nobody is hurt but the bird sticks in the dirt and paralyzes the whole airport. 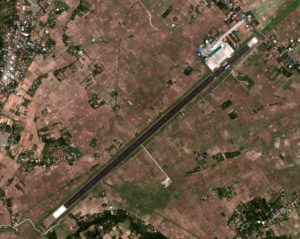 Update 01:15 PM: Cebu Pacific flights 5J-339 (and) 340 (Manila to Kalibo to Manila) are cancelled due to runway closure, because of another airline’s aircraft blocking the Kalibo Airport runway. Guests are being accommodated on flights to alternative airports.

Update 06:00PM: We got the first exclusive pictures from a friend in Kalibo. Unfortunately we cannot thank our source because press people were kept off the airport.

The front wheels of the Airphil Express A320 stick about two aircraft lengths off the runway in the mud.

Strange! PAGASA reports Amihan surges (north-east monsoon) and the Airphil Express pilot lands with over 100 passengers on board with tail wind. Why not RWY 05 ???

At this moment two planes (Zest and PAL) are grounded in Kalibo because the runway is closed. These aircrafts are missing in the daily circuit of their respective companies. Other sources informed us that all domestic airlines encounter heavy delays because of their aircrafts are off rotation. In NAIA-2, NAIA-3 and the Old Domestic Terminal passengers get mad because of non-information or re-routing.

Passengers bound to Boracay and Kalibo and back are strongly advised to contact their airlines.

The stranded Airbus A320 had been towed off the runway late in the afternoon.