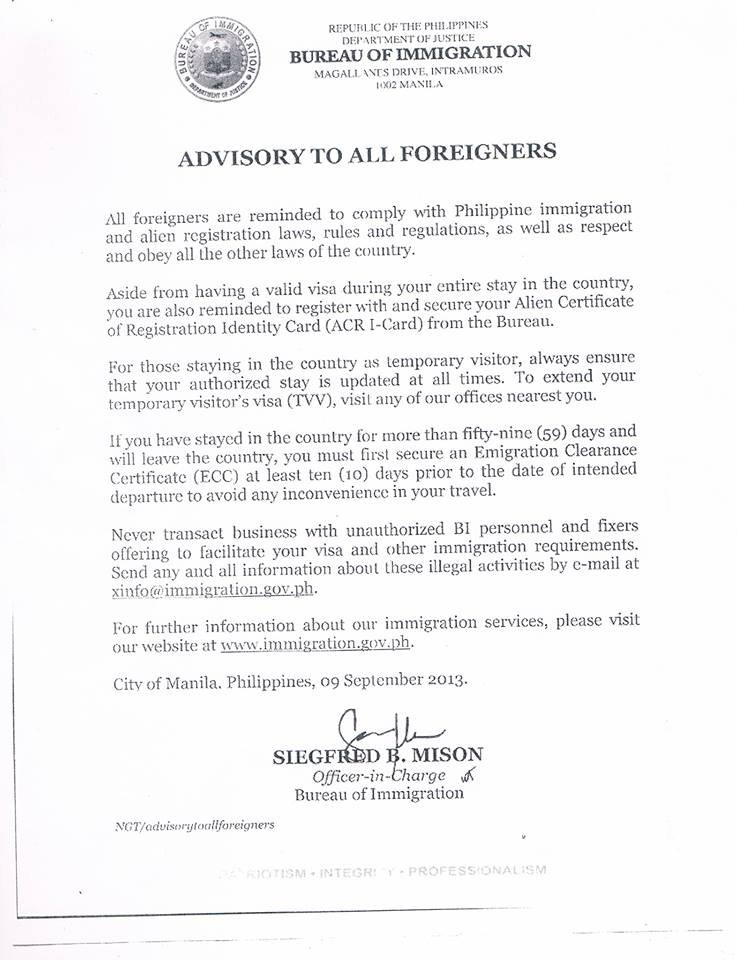 The Bureau of Immigration has released a flyer with information about Visa, Exit Clearance Certificate and Procedures:

That’s nothing new but is worth to publish again and again. Short time tourists up to 59 days never or almost never encounter problems with the Bureau of Immigration. Those staying longer, may encounter some problems.

Please read the official paper again and have a nice stay.
You may want to visit the official website of the Bureau of Immigration:
http://www.immigration.gov.ph