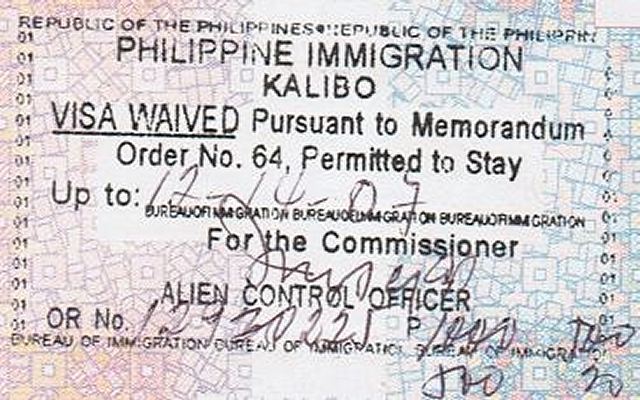 Mr. H.Y. went to the Bureau of Immigration (BI) main office in Intramuros, Manila to have his visa extended. His application for extension of stay was, however, rejected after staff at the BI discovered two fake visa extension stamps in his passport.

He was then endorsed to the BI intelligence division, charged with immigration law violation at the legal division and committed to the BI detention center in Bicutan.
Mr. H.Y. explained that a travel agent helped him extend his visa.

It seems that there are travel agencies and tour operators that offer to provide you with a visa extension but are faking the stamps. So, if you cannot or do not want to go to the BI personally, then please check here for the list of accredited agencies: