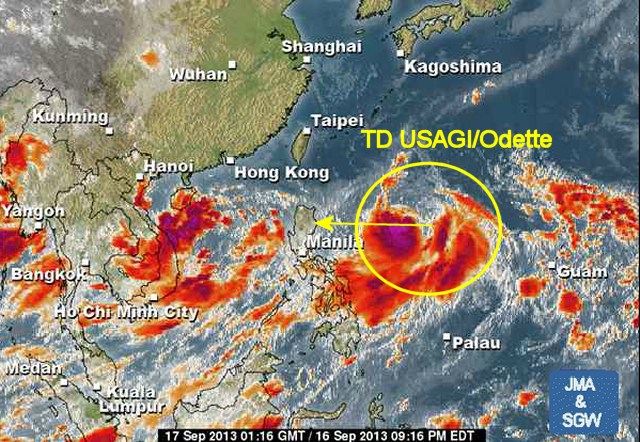 Tropical Depression USAGI / Odette approaches the Philippines at 7 km/h and was 1095 km ESE of Basco, Batanes at 05:00 a.m.

This new cyclone may pose a threat to extreme Northern Luzon, Batanes and Taiwan Area coming weekend. Rainfall near the center is extreme with 600 mm in 24 hours. Wind speed near the center is 45 km/h and peak wind gusts are 65 km/h.

TD USAGI / Odette is moving west at this moment but will change to west-northwest by tomorrow or Thursday. 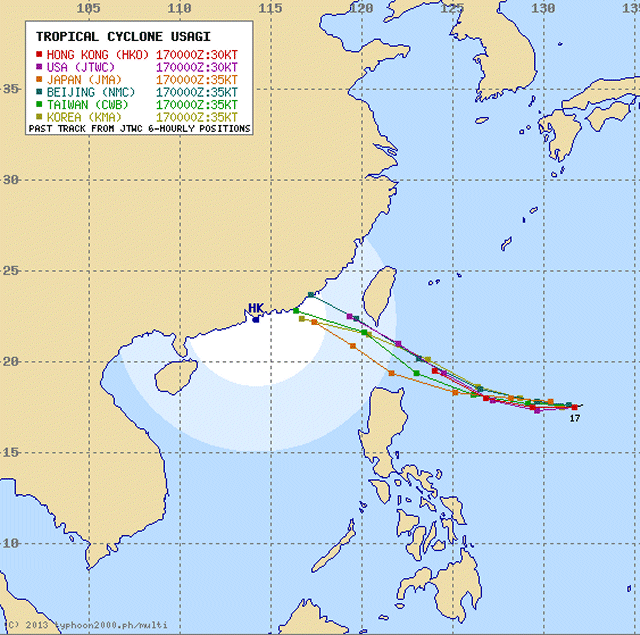