Visa and Money – be prepared 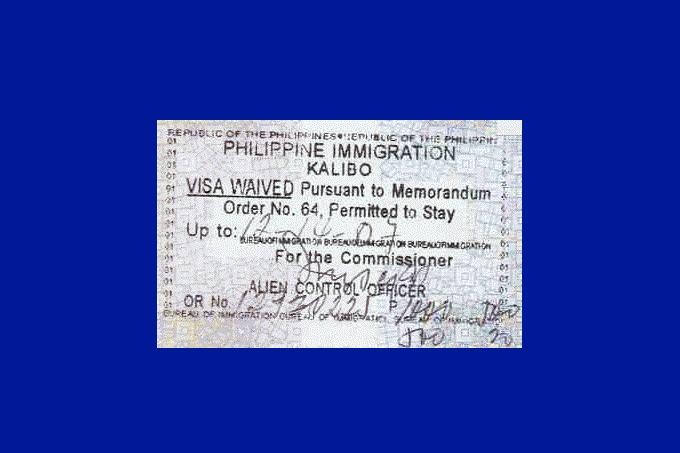 Visa and Money should be cared of before the year’s end. During almost 10 days nothing official will work in the Philippines – and elsewhere. 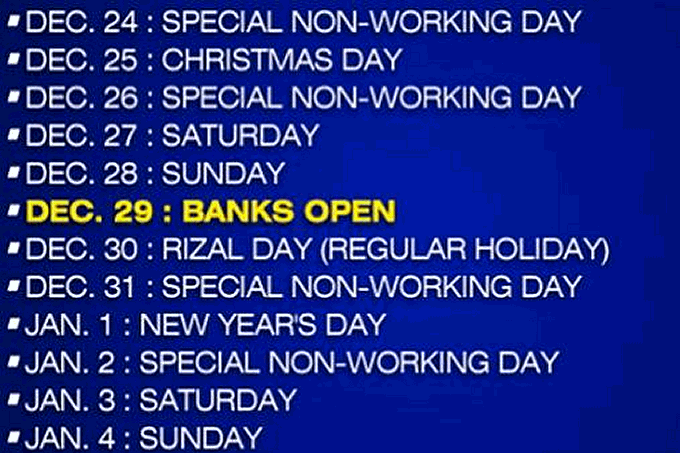 While you can get money from ATMs, if they are serviced, you may not extend your visa during these days. Think of extending your visa still this week, if the expiry date is before Monday January 5, 2015. Please make sure that your visa is OK. An overstay can become very expensive and annoying.

If you want to leave the Philippines with an expired visa, you’ll need a lot of time and money at the airport. The overstay fine is PHP 500 per month overstay. But you will have to extend your visa at this same moment. Please read here about the costs for extensions.

Most foreigners enter the Philippines without any Visa and they will get a stamp, called a visa-waver, in their passports which is good for 30 days. If someone wants to extent their stay, you would have to go the nearest Immigration Office and get your first extension, good for another 29 days. The cost for this first extension is 3010,- Peso. Now you are already 59 days in the Philippines and your regular extension series starts by showing up at the Immigration Office every 2 month, just maybe a couple of days before your stamp expires.

If you have to go to the Immigration Office, make sure to wear long pants, a nice shirt and shoes. Otherwise you might not be serviced, some Immigration offices (Cebu) might not even let you in.

We also repeat that Manila airport NAIA-3 and NAIA-4 will be closed from January 15 to 19.