Raising Heath and no Power

Heath in the Philippines is raising and Mindanao lacks of electrical power for fans and air-conditioning.

The electrical grid of Mindanao is lacking more and more power. Yesterday morning, the National Grid Corporation of the Philippines (NGCP) listed the island’s system capacity at 922 MW or 314 MW short of the area’s system peak or power demand of 1,236 MW. The same situation prevails today. 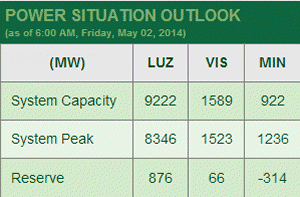 The capacity deficit is mainly caused by the continuing shutdown of the Steag State Power Corporation’s coal-fired power plant in Misamis Oriental and the emergency shutdown of the diesel plant of Therma Marine Inc. To this comes the declining generation capacities of the NPC’s Agus 2, Agus 4, Agus 6 and Pulangi 4 hydropower complexes  due to the declining water levels at Lake Lanao and the river systems running them.
Read also our yesterday’s article about the situation of the dams in the Philippines

Officials declare “Rest assured that we’ve been doing everything we can to address this problem and our focus right now is to bring in immediate solutions.”

This make me grin sourly. The electric power situation in Mindanao had been very bad for many years now. But nothing had been done to improve this situation. The situation is worsening every day and in a not so far future, Mindanao and it’s economy may collapse.

Any reduction of power consumption lessens the stress of the Mindanao Power Grid. A little sample:
A typical charger for a cellphone pulls 160 mA (Milli-Ampère) at 12 V (Vollts). This means a consumption of  1.92 Watts during about 1 hour charging time.  In Mindanao about 25 million cellphones are online. Charging these cellphones alone needs 48 million Watt during an hour or 48 MW/h.

Charging a cellphone on the national power grid costs about 0.023 Pesos or 2.3 Centavos (calculated as 1.92 Wh consumption at 12.18 Pesos per kWh). The investment for such a charging kit are around 800 Pesos. Break-even for this investment would be reached in only 143 days. Afterwards the investment generates real income. 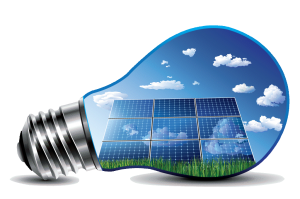