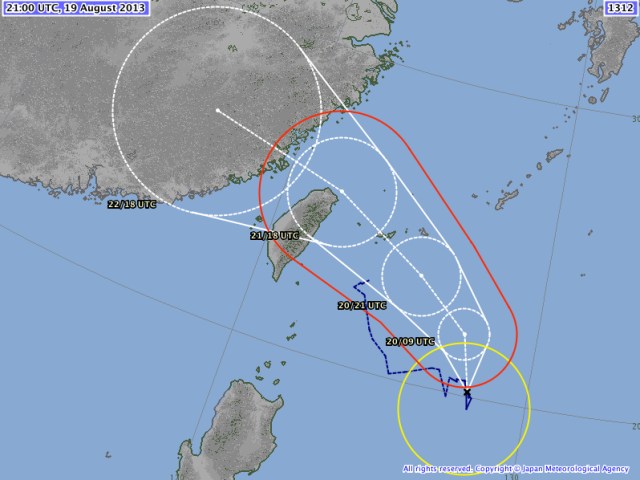 Severe Tropical Storm TRAMI / Maring is still intensifying while moving around in strange patterns. The storm has now a central pressure of 985 hPa and is almost stationary off the coast of northern Luzon (20° N, 128° E).

The storm continues to enhance south-western monsoon (Habagat). This strong an humid airflow brings rain to the western coast of the Visayas and Luzon.

La Mesa Dam in Quezon City remained on red alert Tuesday morning amid heavy rain. At 7:00 a.m. this morning La Mesa Dam’s water level was 79.72 meters, 43 centimeters below the overflow limit.
Evacuation of residents in nearby areas may be needed. The Philippine Information Agency added this may include the evacuation of residents along Tullahan River. The water level at Marikina River had reached 15 meters as of 8:13 a.m., prompting to raise Alert Level 1. 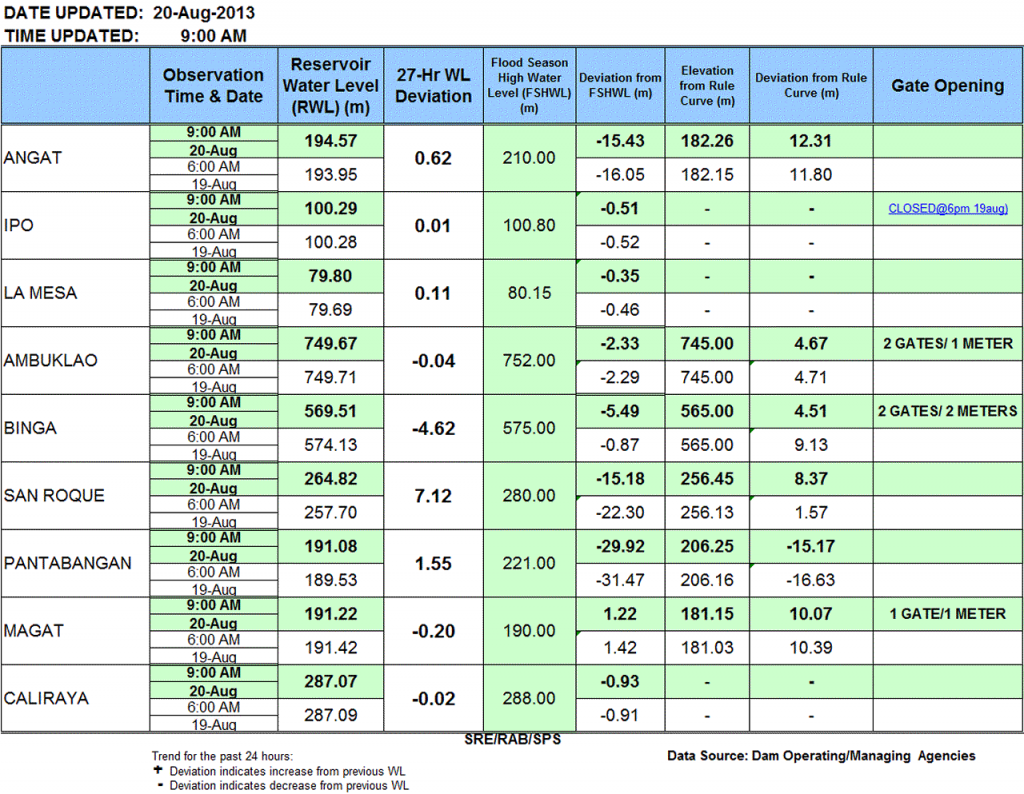 We strongly recommend to listen to your local radio station, watch national TV channels and stay in contact with your local authorities.