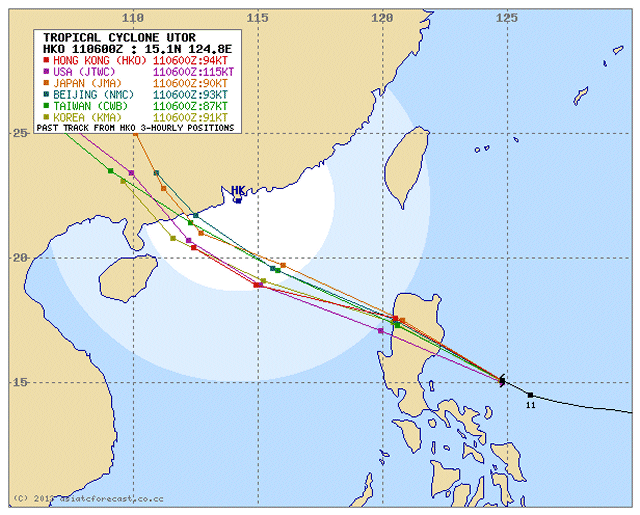 Typhoon  UTOR / Labuyo has significantly intensified during its approach of the Philippines. Already by noon peak wind speeds of  230 km/h were measured. Rainfall is getting heavy with 300 mm in 24 hours.

DANGER: Aside the high wind speed of up to 235 km/h the heavy rainfall may trigger landslides and flash-floods. 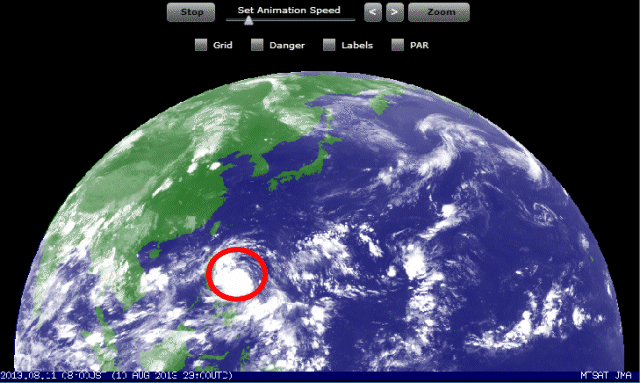 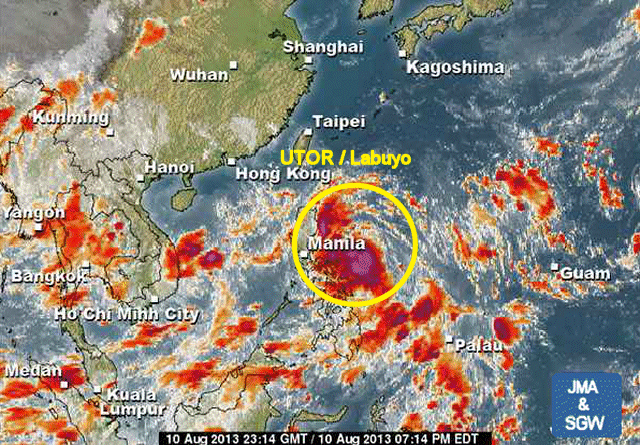 Next update around 07:00 PM this evening.