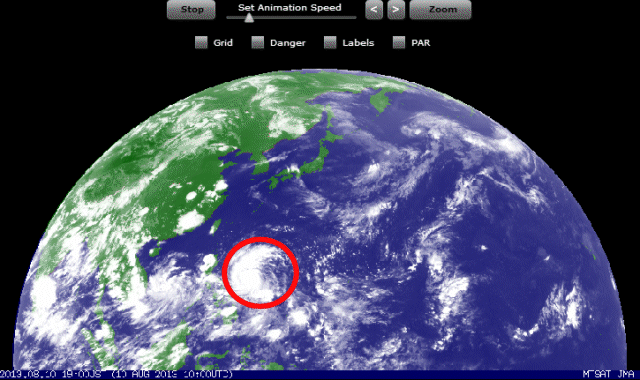 Typhoon  UTOR / Labuyo has intensified all over the day and is now a Typhoon Category 1. It is running westwards at a speed of 26 km/h. The typhoon is expected to hit Luzon tomorrow. 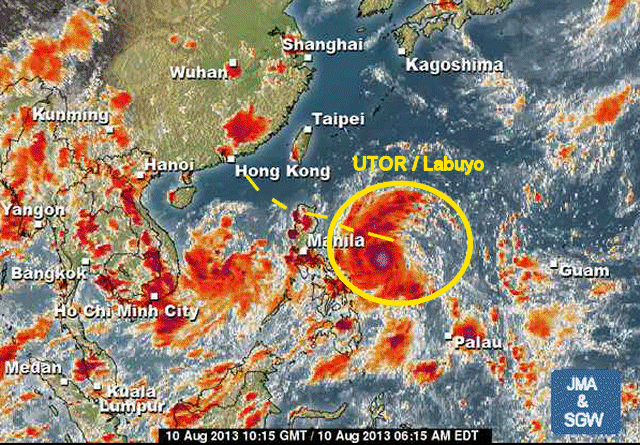 Next update around 08:00 AM Sunday morning.