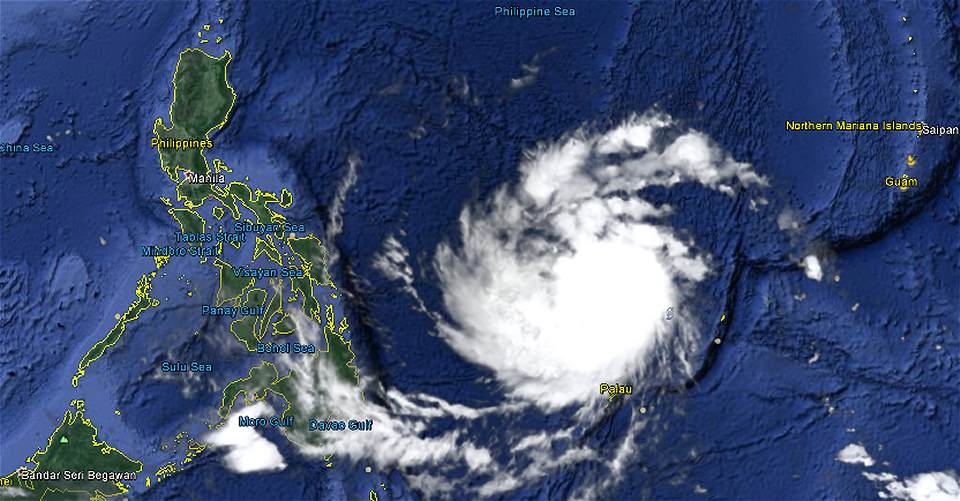 Typhoon NOUL/Dodong has gained strength and has entered PAR. The cyclone has turned northwest and has increased forward speed to 15 – 19 km/h.

GDACS has issued a RED ALERT. Global Disaster Alert and Coordination System a joint operation of the United Nations and the European Commission.

JMA predicts that the central pressure will go down to 935 hPa on Saturday. This means that the cyclone will be a Typhoon of Category 3 or 4 when it approaches Catanduanes and Caramoan.

Most of the weather agencies in South East Asia have modified their track forecast for Typhoon NOUL/Dodong. Yesterday almost all tracks headed toward the Batanes Group of Islands. Today’s track forecast shows the correction southwards. 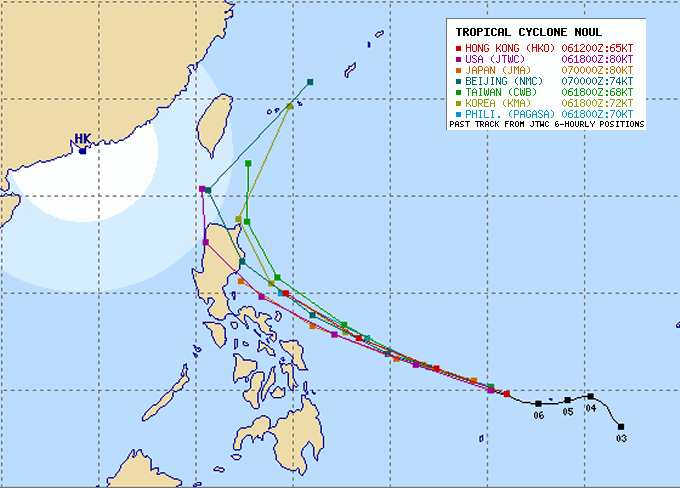 It could get rough for Catanduanes and Caramoan on Saturday afternoon or evening (May 9). The track change is due to a high pressure bridge over continental China. This high pressure areas of 1024 and 1032 hPa make pressure on the northern vector of Typhoon NOUL/Dodong. 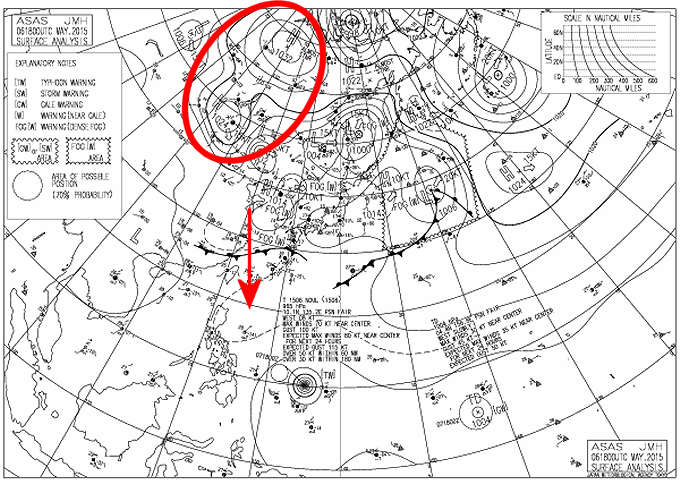 Above isobar map also shows already the next menace. There is a Tropical Depression (TD) building up behind Typhoon NOUL/Dodong. Unfortunately this TD has a rather good chance to develop also in a cyclone. We keep an eye on both of this whirling systems.

As usual we trust most in the JMA track forecast. 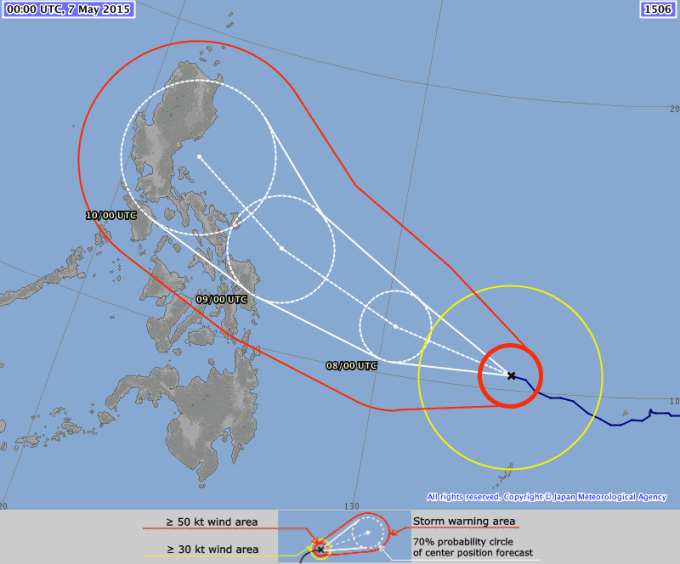