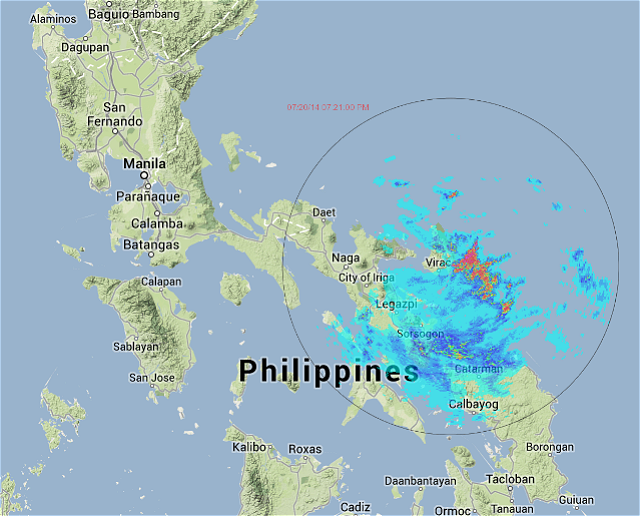 Typhoon MATMO/Henry amplifies Habagat, the south-west monsoon. Here in Camiguin we had bad to nasty weather all day accompanied by the usual brown-out. Some minutes ago a twister passed over Agoho – our coconut trees tilted at least 30 degrees. No damages so far.

The western and southwestern outer rainbands of Typhoon MATMO/Henry will bring scattered rains and thunderstorms across the Eastern Visayas, Bicol and Eastern Luzon. The Virac Doppler radar shows already heavy rainfall in the vicinity of Catanduanes (see below).

The JMA track shows that the storm turned again to north-west. 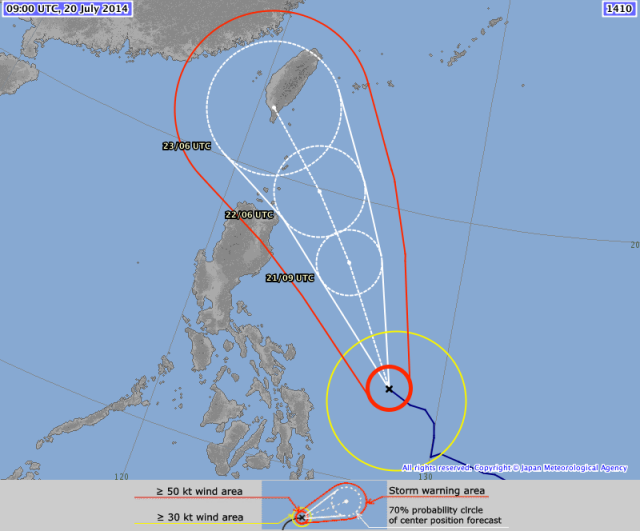 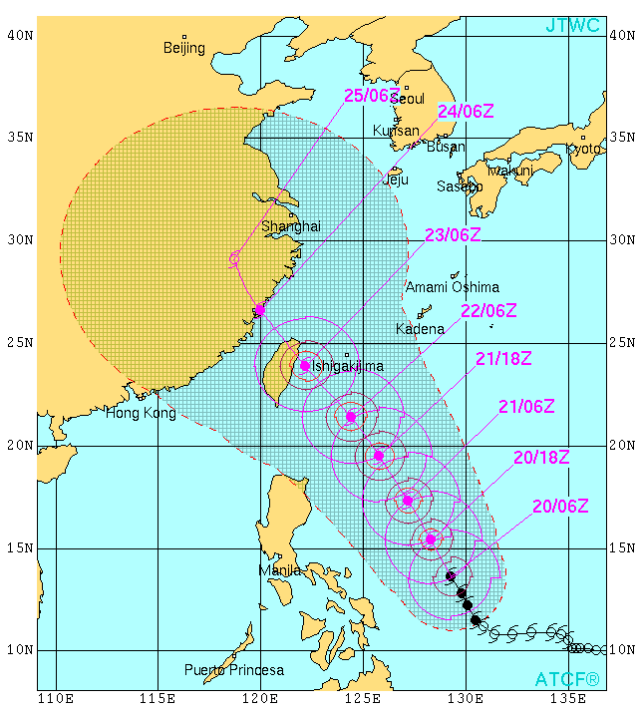