The Sunbirds are back again

The Sunbirds come always back to our garden in Camiguin. Usually mid to end of February the adults fill the air with their songs. Then they start to build the astonishing nests.

The olive-backed sunbird is common across southern China to the Philippines and Malaysia down to northeast Australia. They are small songbirds, at most 12 cm long. In most subspecies, the underparts of both male and female are bright yellow, the backs are a dull brown colour. The forehead, throat and upper breast of the adult male is a dark, metallic blue-black. In the Philippines the males of some subspecies have an orange band on the chest.

Originally from mangrove habitat, the olive-backed sunbird has adapted well to humans, and is now common even in fairly densely populated areas, even forming their nests in human dwellings.

The Sunbirds here in Camiguin are of the species Metallic-winged Sunbird or Aethopyga pulcherrima. They are rather small, maybe 1.5″ – 2″ high. The couples build astonishing nests anywhere where they can hang their structures. The birds collect grass, straw and other light weight construction material. We often see stripes of coloured plastics woven in the structure. All these ingredients are glued together with a kind of saliva.

Listen to the Sunbirds’ song:

And the little guy peeks out of the nest 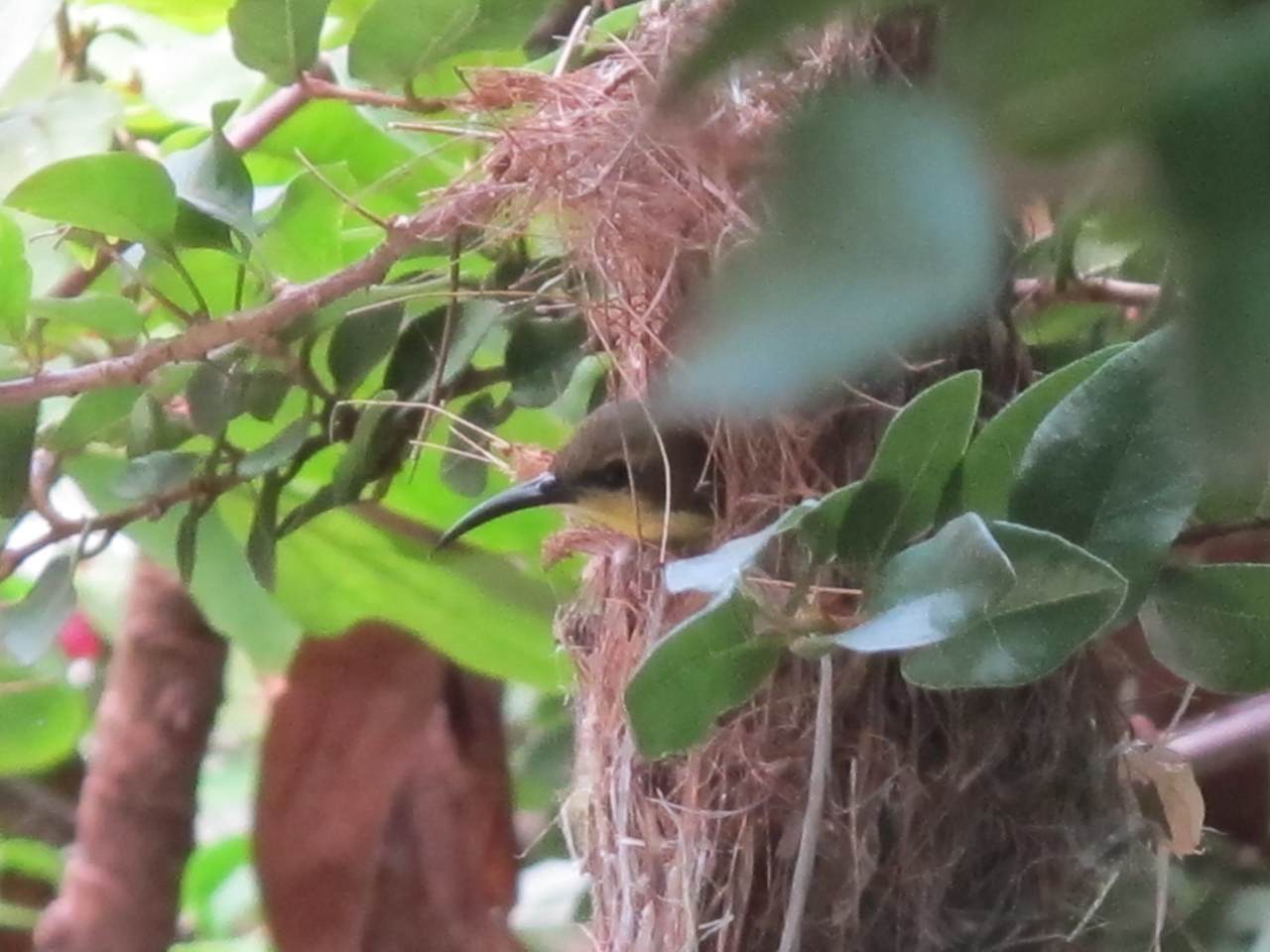