A Tornado in Legazpi near the embarcadero an impressive waterspout built up yesterday afternoon around 4:40 p.m.

A waterspout is an intense columnar vortex (usually appearing as a funnel-shaped cloud) that occurs over a body of water. They are connected to a towering cumuliform cloud or a cumulonimbus cloud. In the common form, it is a non-supercell tornado over water. Waterspouts have a five-part life cycle: formation of a dark spot on the water surface, spiral pattern on the water surface, formation of a spray ring, development of the visible condensation funnel, and ultimately decay.

The Tornado in Legazpi

Many people took pictures and even movies with their cell phone cameras. Here are some good ones. We thank Joey Sarte Salceda, Star Prior, and Yhen Layones-Manas for the pictures. 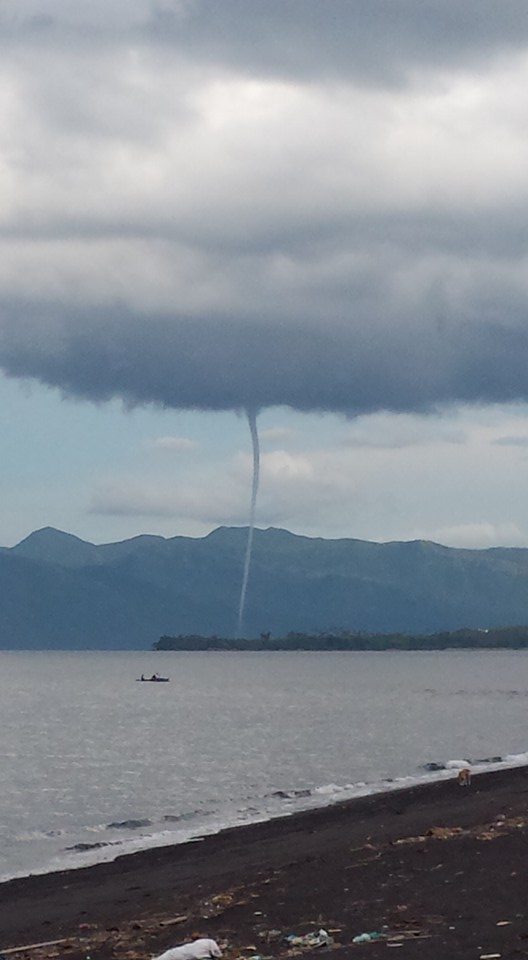 The full size. “Tornadic waterspouts”, also accurately referred to as “tornadoes over water”, are formed from meso-cyclonic action in a manner essentially identical to traditional land-based tornadoes in connection with severe thunderstorms, but simply occurring over water. 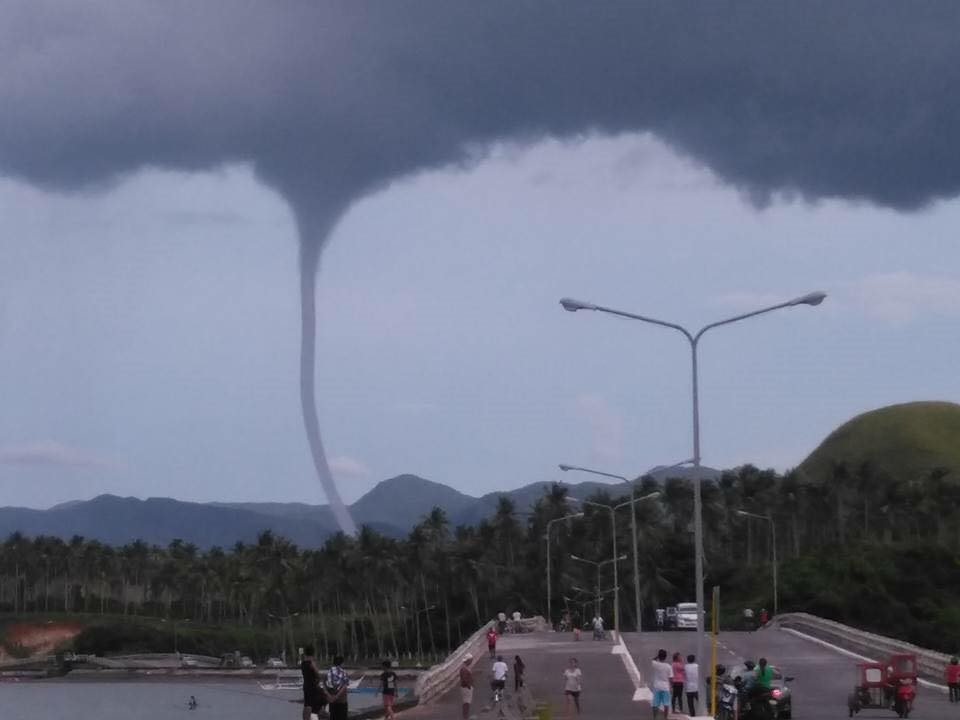 A strange situation and so near. A difficult decision to take: Stand and look or run away? Waterspouts have long been recognized as serious marine hazards. Stronger waterspouts pose threats to watercraft, aircraft and people. It is recommended to keep a considerable distance from these phenomena, and to always be on alert through weather reports. Incidents of waterspouts causing severe damage and casualties are rare. 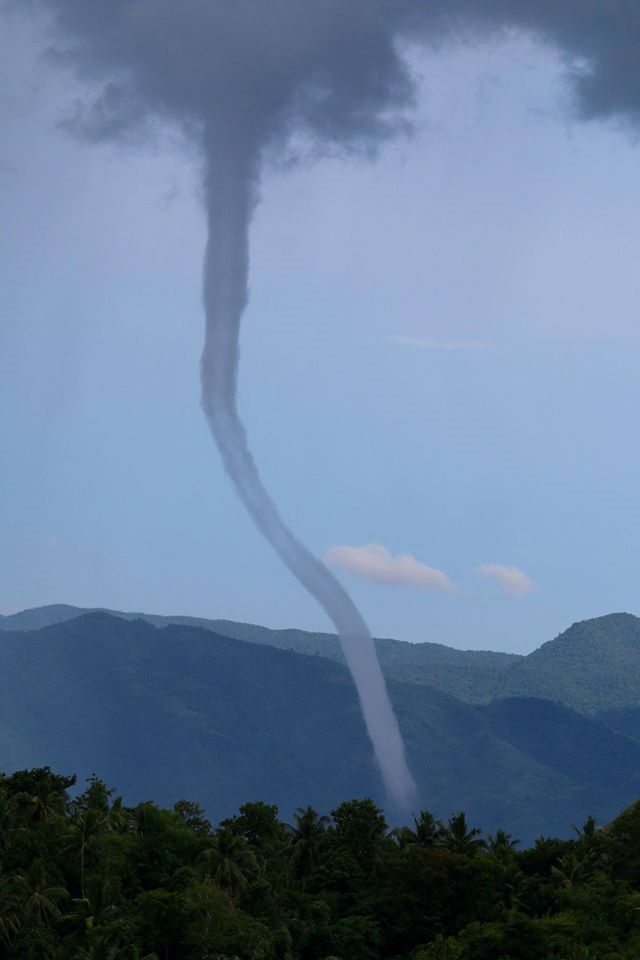 When coming over land, water starts to lack and the waterspout starts to weaken. 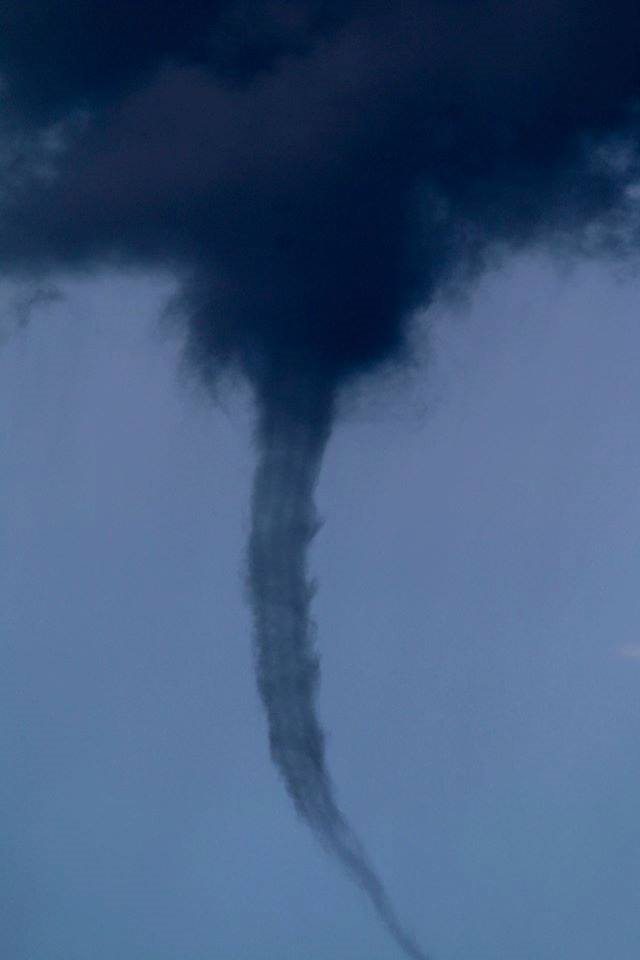 The hose becomes thinner and weaker. 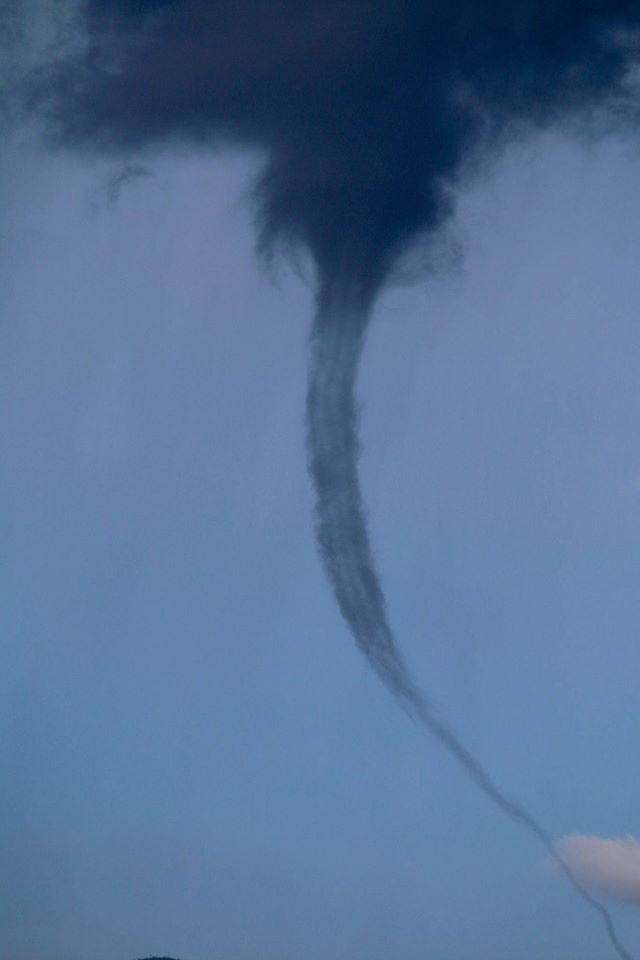 The last moment just before the waterspout collapses.

We often observe such tornados over Bohol and Anda peninsula. Sometimes there are two or more to see at the same moment. Also here in Camiguin we get caught about 3 times a year by this whistling and whirling storms. Just a week ago, such a tornado created some small damages on Agoho beach. A whole bamboo fence was laid down. When you are near or even inside, then you feel very strong winds, but there are almost no waves on the sea surface. Here in Camiguin these tornadic waterspouts only occur during Habagat season. Most of them can be experienced on the north-western coast.