We opened a SentrySafe in less than 2 minutes with only a hammer and a chisel. This is not what we understand of safety.

What happened? In our guest rooms we offer safe deposit boxes to our guests. Most of them are travellers from Europe and the USA. They have passports, cash and credit cards with them. They are happy to find a safe deposit for their belongings in our rooms. 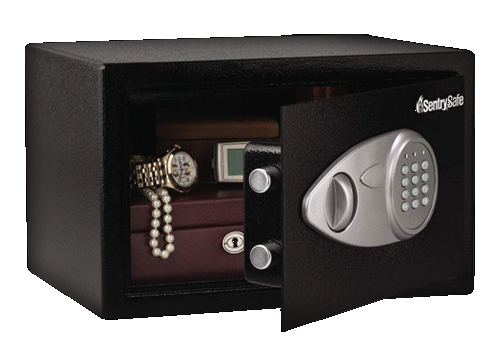 We use(d) SentrySafe X055 models. I write in past tense because this morning we completely lost confidence. Our last guest complained that he could not open the safe deposit box. This is usually no problem because we have a key that allows to override the electronic lock when the batteries are low or empty.

Strange! We could turn the key but not unlock the box. First we thought of rust because our guesthouse is only 10 meters from the sandy beach. But no way – even the mighty WD40 couldn’t help. What now?

As a safe deposit box that is not usable damages the reputation of the house, we decided to remove the blocked SentrySafe X055. But how? The box had been fixed with 6 thick power-bolts in the concrete wall. We didn’t want to damage the wall, just to get this silly box out. With a flat chisel and a rather heavy hammer we could force open the door with about 10 hammer blows. Nobody did hear us! Here it is: 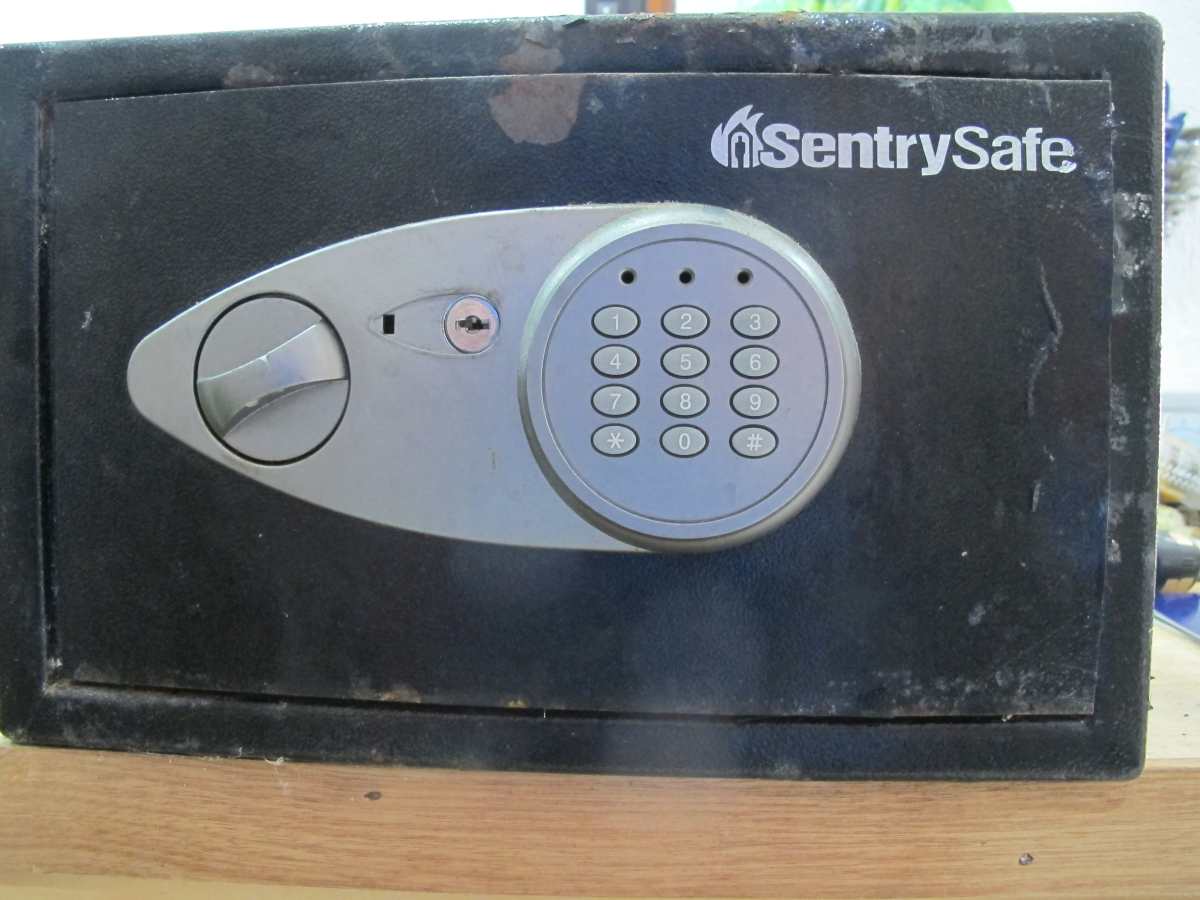 The door is much too flexible and can be deformed. A slight deformation of about 1cm in the centre is sufficient to unhook the two locking bolts. It might even have been possible to straighten the door again and to reuse the box. We renounce of doing so.

What is the problem of the SentrySafe ?

Once we had unbolted the box, we wanted to know why we couldn’t open the box with our key. Here is the inside mechanism: 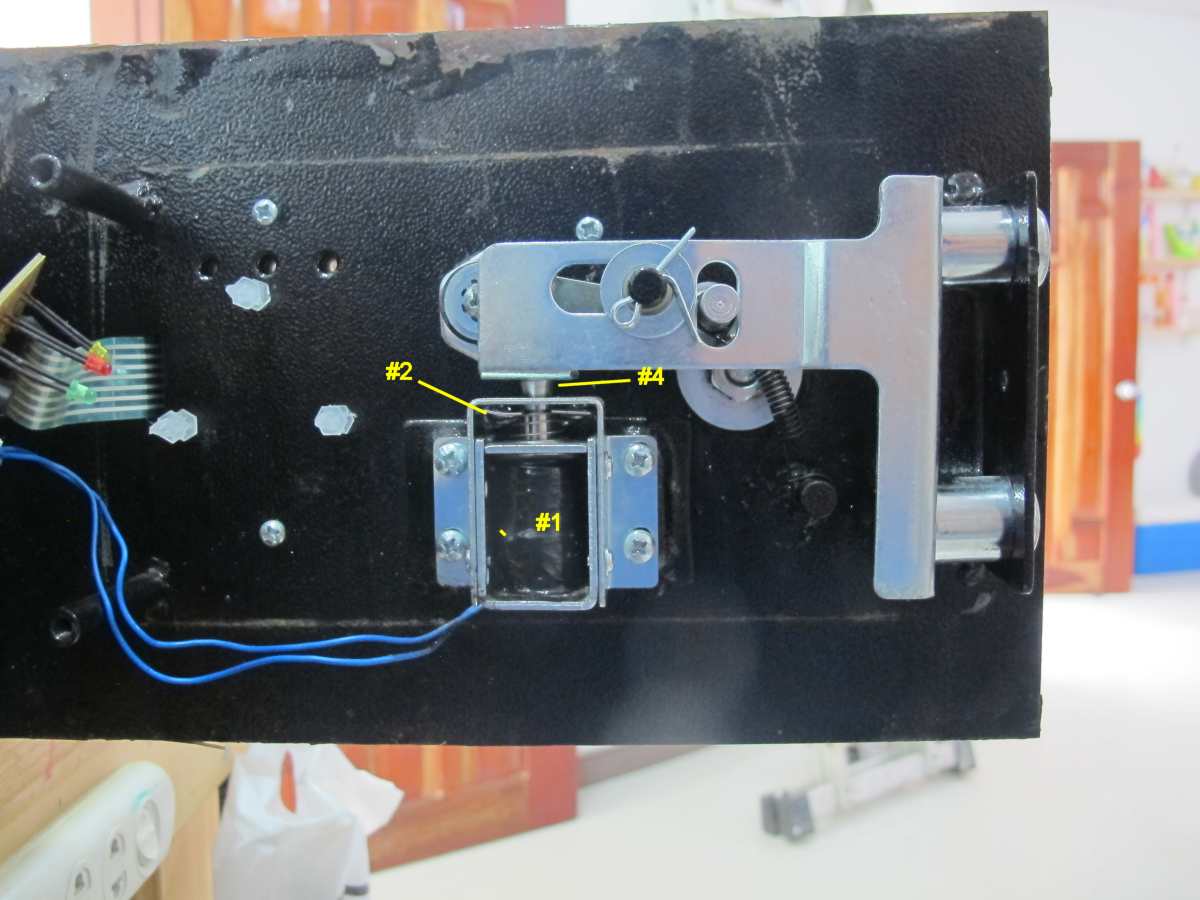 It is the bolt #4 that does allow or denies the rest of the mechanism to move. It can either be retracted by an electric magnet #1 or by a key turn, that presses the plate #2 down.  It is this plate that is of bad quality. In  the picture below you can see that the lock lever is pressing on the plate, but the plate does not move enough to lower the bolt. 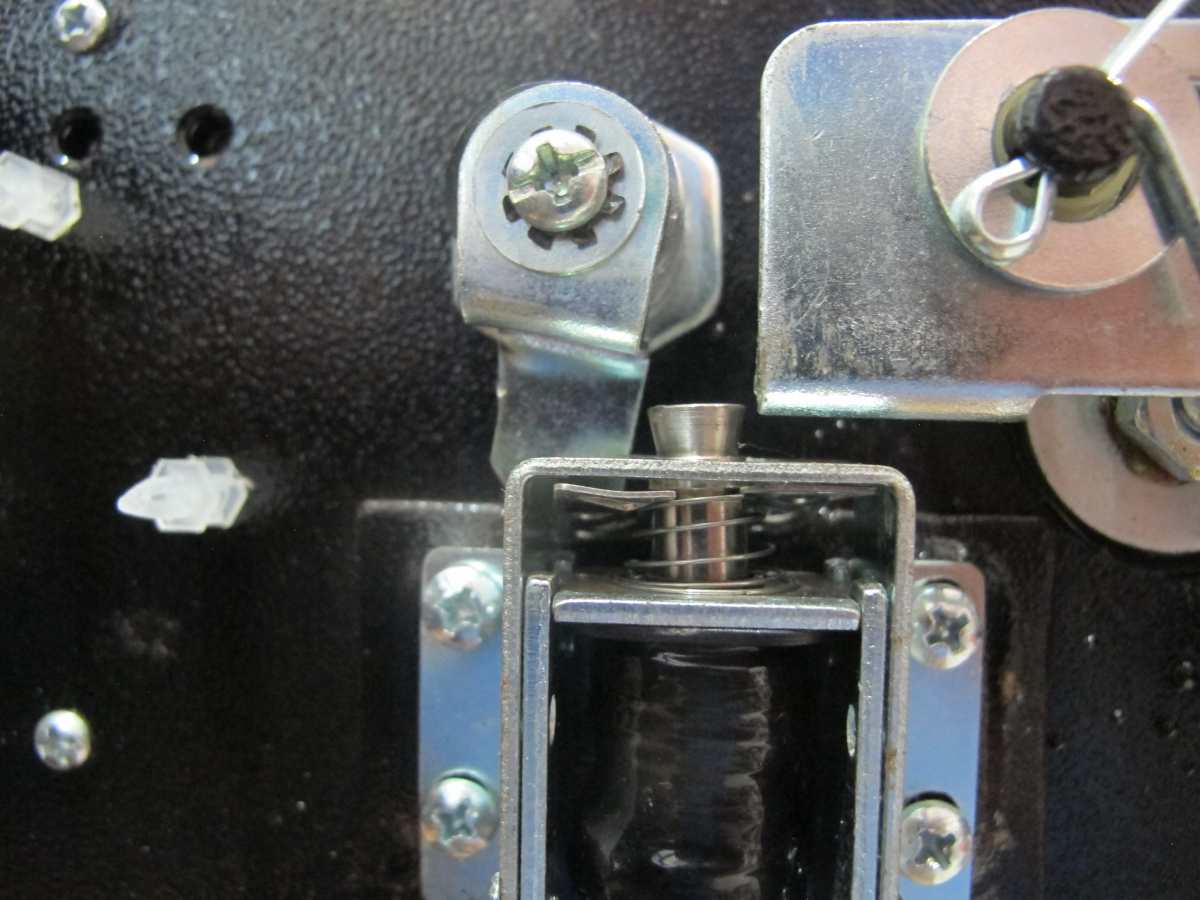 It’s really a pity that a small piece, worth maybe 5 cents, paralyses a whole safe deposit box sold for USD 66 at Amazon.

And finally we found the secret: 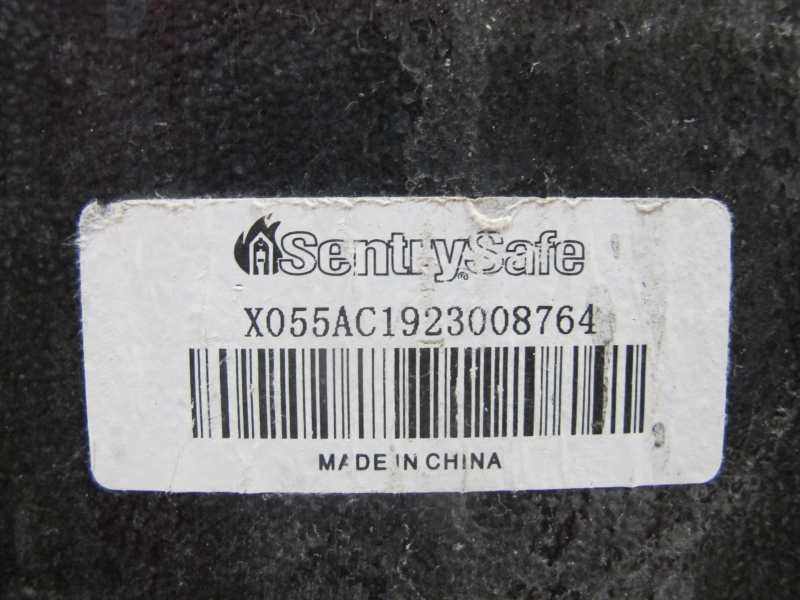 Our recommendation: If you need a gadget to run your show, then buy SentrySafe. If you need safety, choose a better brand.