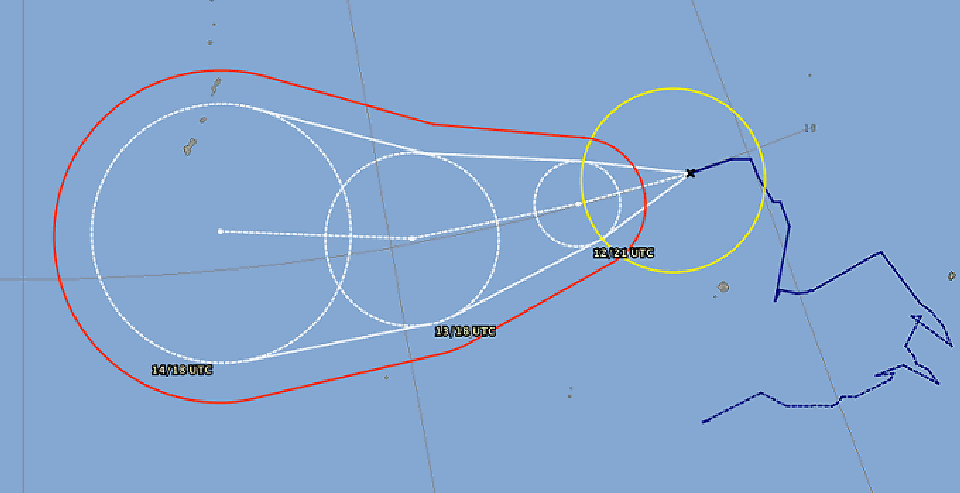 Heavy rains and strong winds flattened houses on coastal areas as Typhoon NOUL/Dodong crashed into Cagayan, killing two people and prompting more than 3,000 residents to move to shelters. This typhoon left the Philippines and moves as a Cat.1 Typhoon towards Japan.  And now Tropical Storm DOLPHIN is moving towards the Philippines.

Tropical Storm DOLPHIN will probably not reach the Philippines and turn northwest, later north, before it comes near our islands. But this storm hat already a crazy start, so there could be new strange moves. 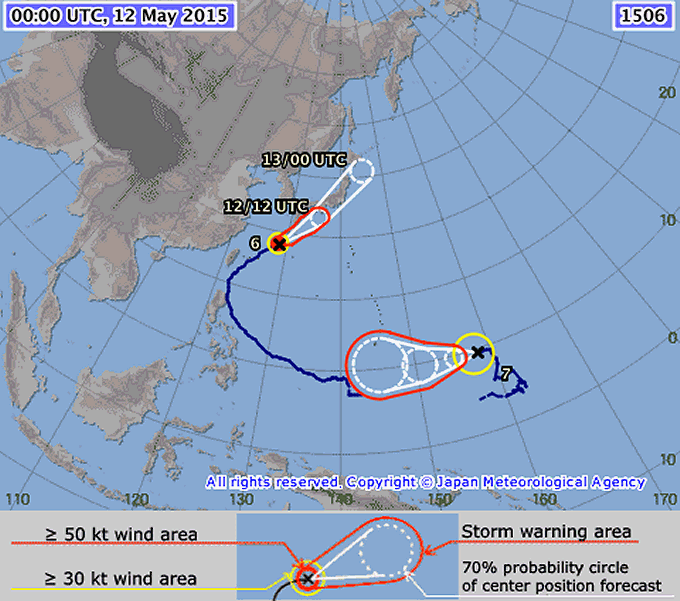 Number 6 are the remains of Typhoon NOUL/Dodong. Number 7 is Tropical Storm DOLPHIN.

Tropical Storm DOLPHIN is still far from the eastern boundary of PAR but should it enter Philippine waters, it will be named “Egay.” The probability that this storm will hit the Philippines is very low. On Sunday it will become a Category 4 Typhoon and should reach longitude 135° East.

We keep an eye on this cyclone. The animated satellite image loops are here.

Nota Bene: I’ll be in Manila for a meeting for the rest of this week, but I’ll try to keep you informed.