You may remember our storm report from May 8. We then reported a strange guy developing around Palikir, Micronesia. This strange guy now has turned and is heading west. The system also go much stronger and is now known as Tropical Storm DOLPHIN. 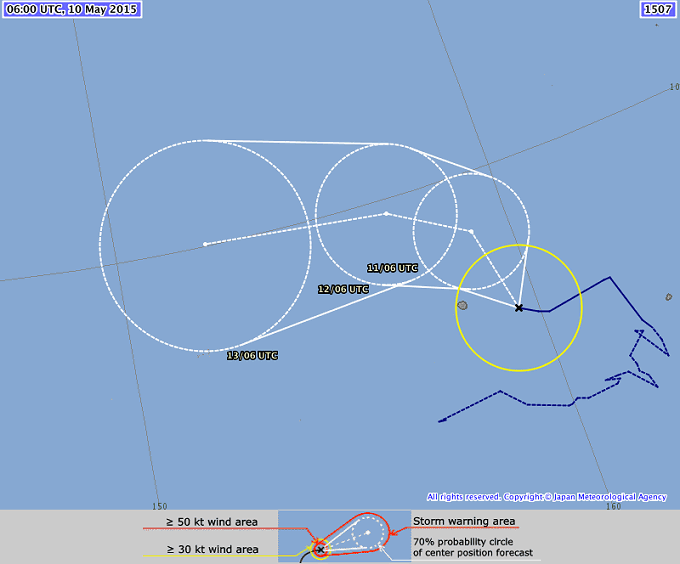 The past track was really strange. The storm first moved east to north-east during almost a day. Then the system started to wildly change direction within a few hours. And only last night it made a whole 90° turn westward. The storm is now getting stronger.

Central pressure fell to 1002 hPa and wind speed increased to 65 km/h near the center. Gusts are already up to 93 km/h. JMA predicts a fast development of this storm. Monday pressure will go down to 998 hPa and then quickly to 992 and 985 hPa. At this time TS DOLPHIN will be upgraded to a typhoon category 1.