Air Traffic vs. Marine Traffic compared during the COVID-19 Lockdown in the Philippines. Passenger traffic is now almost at zero. But Cargo traffic must run to bring supplies to the remotest islands. All maps in this article can be enlarged by clicking on them.

Domestic air traffic had been stopped weeks ago. This had been one of the first actions to stop spreading of the virus within the large archipelago. In the first weeks we still observed some “sweeper flights” that fetched stranded tourists. They were brought to the still open international airports.
The few birds still now in the Philippine skies are either charter flights or cargo operations. On Flight Radar 24 charter flights can be identified by there 4 digit flight numbers (e.g. just now 2P9453 a PALexpress flight from General Santos to Manila). 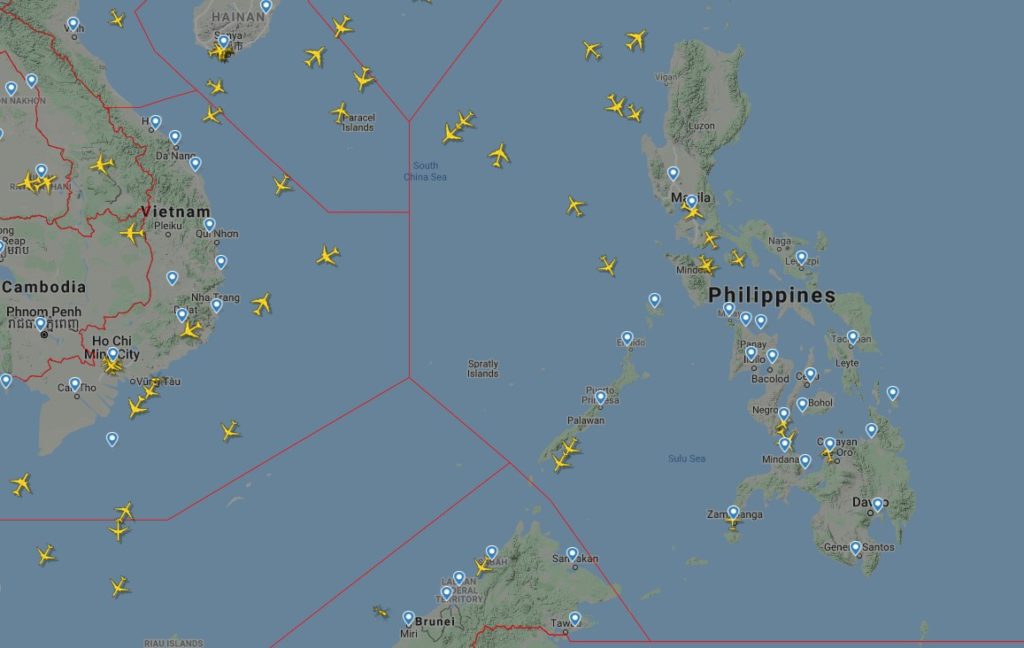 Most other planes fly at high altitude either between China and Australia or Japan and Singapore or Indonesia.
There are are also some few international flights from/to Manila. Compared with the flights a month ago, the skies are empty.

Air Traffic vs. Marine Traffic – After the lockdown of air traffic followed the stop of almost all passenger traffic on ferries. There are still some exceptions. The blue ships in the map below are passenger ferries. But they transport trucks and cargo. Only very few passengers are still allowed to travel. Most of them are government or health related. 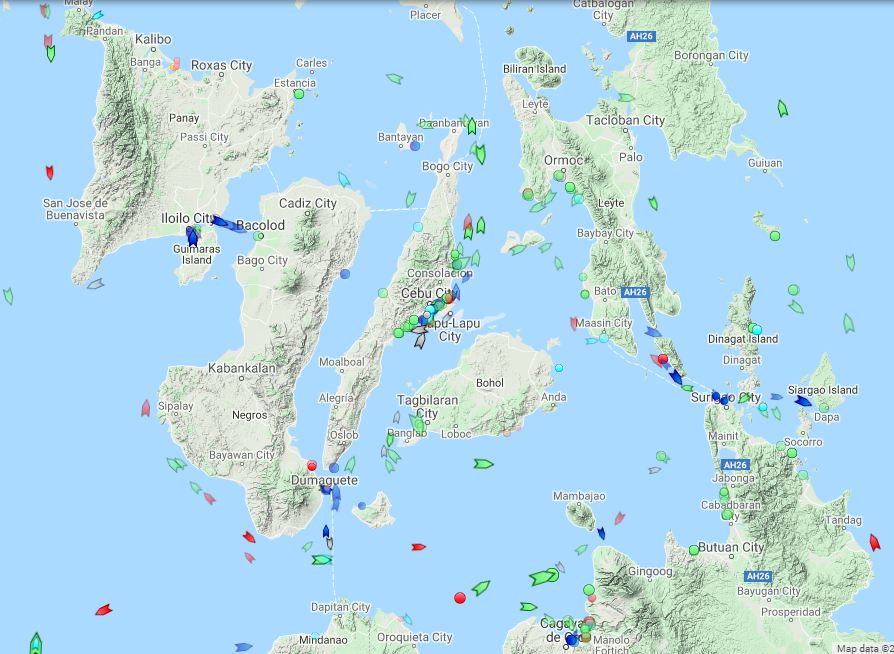 Green ships are cargo steamers and the red ones are tankers.
This real-time map can be found on Marine Traffic.

The seas are still full. Below is the Philippines map for marine traffic. Compare it with the air traffic map! 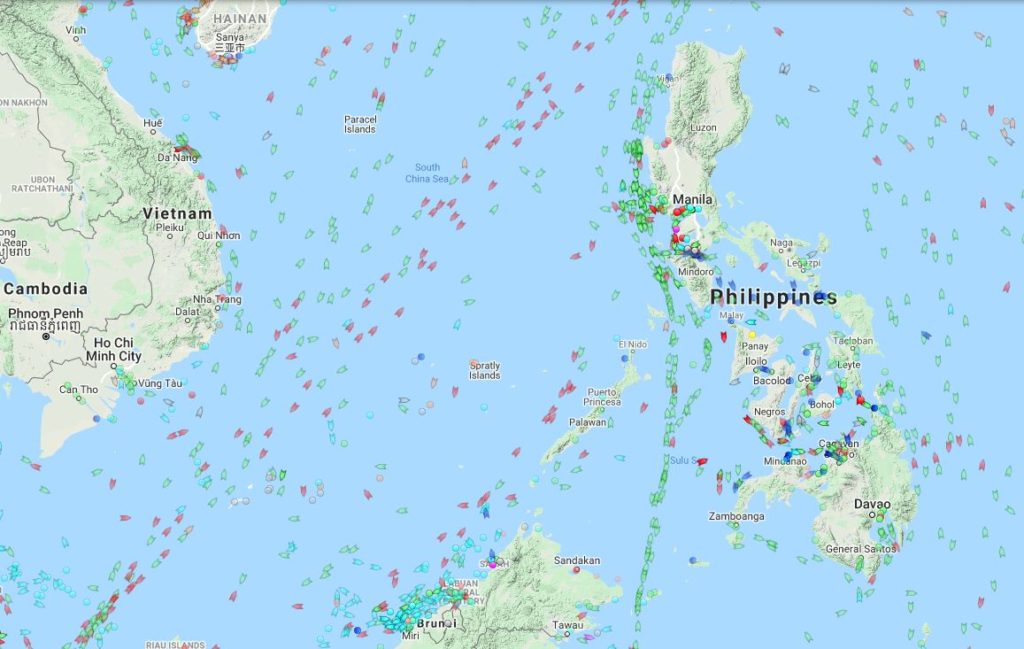 Flight Radar 24 has published an interesting sliding map showing global air traffic before the virus outbreak and now. Here are the two extreme: 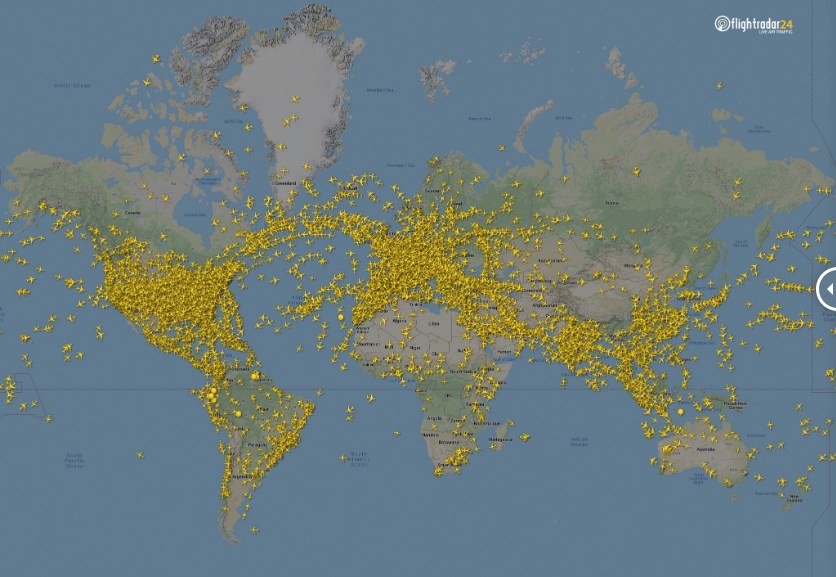 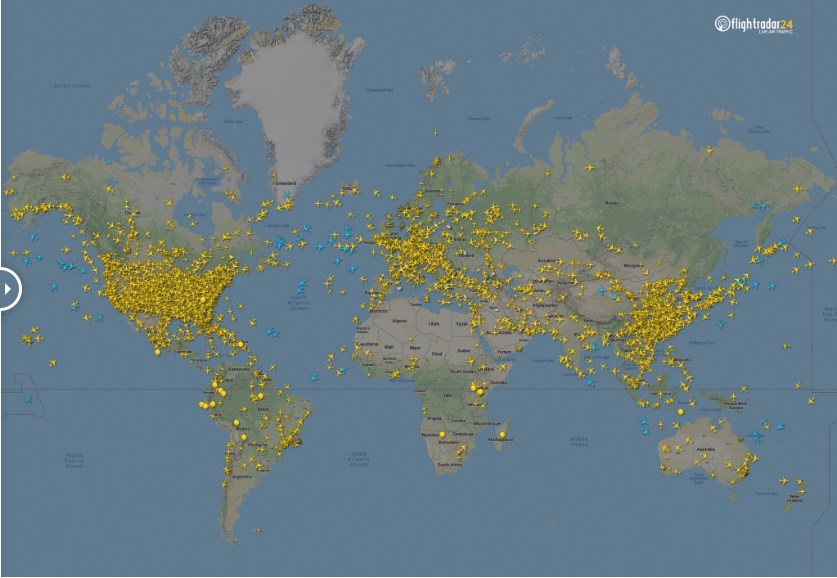 Another interesting blog: My Philippines Life

In fact this an illegal copy of our blog you are reading just now. The guy behind the pirate blog is currently well protected by US companies. Cloudflare.com say they are too busy to investigate and NameCheap.com require to file a case at a US court. Well done USA! We love you, your laws and your wonderful president!
Fortunately there is a third company in NYC that helps us. But while they are working on the case, we are not allowed to release their identity.

You want to help us?

Write your opinion about internet piracy on the bad guy’s feedback form.