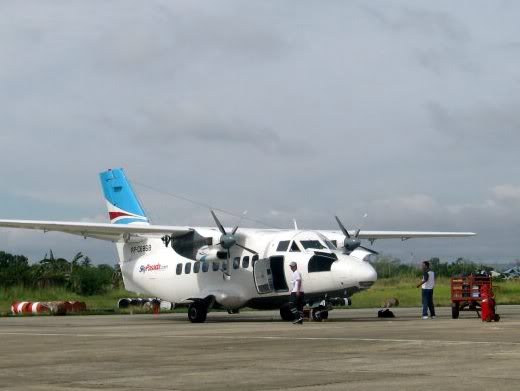 The inaugural revenue flight is set on March 16, 2012. Initially, Sky Pasada offer Monday and Friday flights from Bacolod (Negros Occidental) to Boracay (Caticlan, Aklan) and back . These flights can also connect in Caticlan to Puerto Princesa and El Nido without the hassle of going to Manila. Also, BCD-MPH fares will be as low as PHP 2,800 per way.

Here is the information about the recent crash

And here is a status update of the damaged aircraft